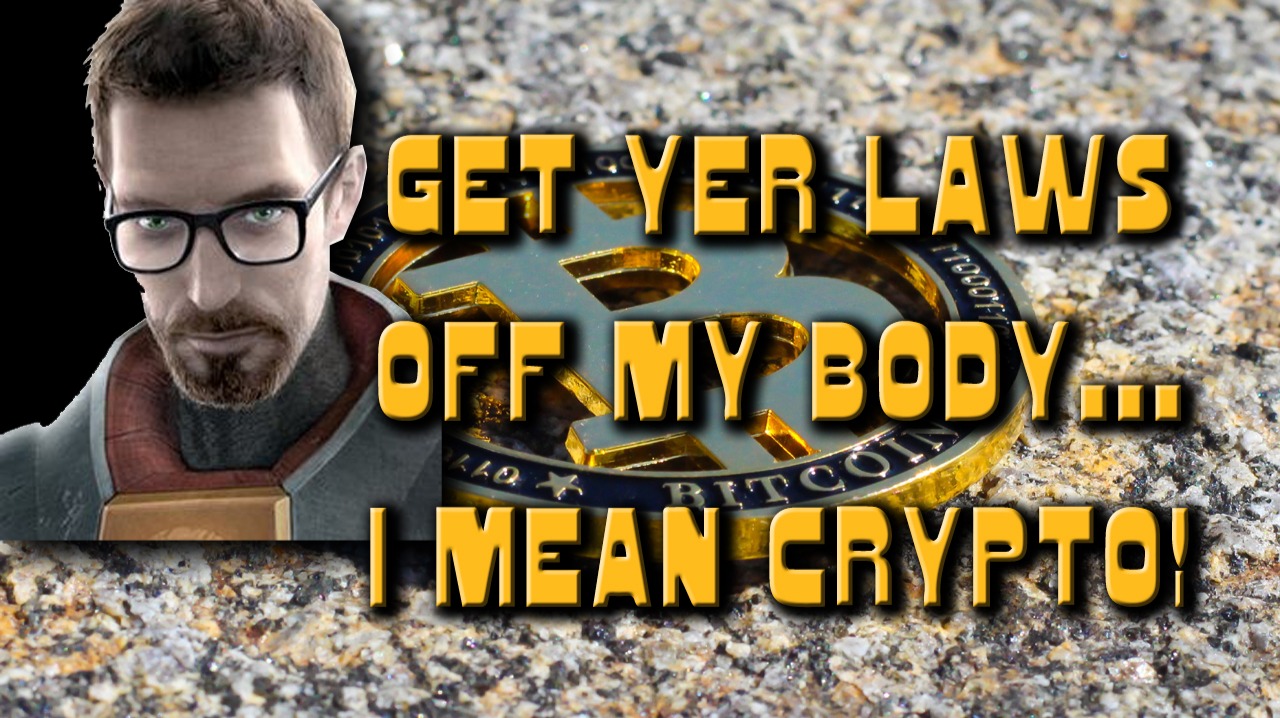 When I first started getting serious about crypto, I separated out a ton of categories I would talk about at a later time. Those things were often barely touched upon by others. People's certainty about the sanctity of crypto ran so deep, they simply couldn't fathom that elements of the world other than a blockchain network could ever affect that sanctity.

One of these topics I would call "Crypto Politico".

I've leaned far in the direction of avoiding the topic often, because the world has been so hot-button politicized that every single point of logic is bound to isolate and aggravate people to the point they cannot think for themselves. If you combine religion AND politics, you're pretty much guaranteed to tick everybody off all at once.

This post is inspired by a friendly commenter on my previous post about Elon the jolly green giant of crypto. They're mad that I mentioned someone's successful campaign strategy and the mere mention how properly it swept the grungy floors of D.C. with both sides of the old guard. I absolutely love that they took the time to read and get triggered and that's what makes it great to live anywhere other than N. Korea for now. Hurrah!

But, it did sincerely set me in the direction to talk about just how important this time in history is.

This post is not about the empty shirt clown that temporarily stuck a pen in the appearance of our most high office or any of the goons to the left or right.

This is about the big picture of crypto.

It is my perspective that the only thing, the only force to contend with crypto's success world-wide, is that of politics. Many would agree at this point. Some are still just entering the space and think that if you click "buy" it automatically means what the stranger on TG and Reddit said about 1000X moon is guaranteed with no other knowledge necessary. Seriously, 3 years ago maybe 2% of the crypto world at BEST thought it was possible for anyone to legislate any issues for cryptocurrency.

You'd hear plenty of stuff. People believed that unless you pulled the power plug on the internet, no country, no crap rule could stop people from transacting. Happily, right now I am taking the advice of Michael Saylor, of whom I disagree on a few key points but agree a great deal with other things he has said, and if there is an actual hero in crypto other than Gordon, it may end up being Saylor if he doesn't lie, cheat, steal or change his tune. He recommended taking the free online course on crypto from MIT... free open source commons courses from MIT on YT- go check it out. It's healthy for you to find it yourself. Ahhhh okay fine, here, knock ya sox off.

I was so pleased to hear Gensler of all people talk of the issues of governance, and he re-enforced my stance, that what governments look at, and are looking for, is the entrance and exit points. They will concede that on-chain forensics is not going to get them the control they are hoping for. But, if they can control all means of entering and leaving crypto through KYC/AML, they will be able to control what they wish.

Governments are now promising, one by one, to seize people's crypto if they are found to not comply with tax code. Most countries have not-so-cheap cap gains taxes on earnings, which long term HODLers may not think they care too much about. But that does also include territories with a strong-armed death tax... err estate tax, one of the inventions of monarchs and tyrants that truly put an end to generational wealth for the commoner. For the U.S., this tax year is the first that crypto as an asset is placed at the very top of the tax form, and our government has stated that the grace period for avoiding the inevitable is over; now it's enforcement, compliance and collection time.

Governments can impose laws on companies like Google, for instance, to allow or remove programs from the Google App store. This is the one place required to get a metamask wallet running in Chrome. That is how simple it would be to disrupt DEX. While people are still chanting "use a VPN, use a VPN" one needs to consider that lists of IP's used even in pro VPN software are being recognized and blacklisted by exchanges who rightfully are more and more protecting themselves from the backlash of governments.

I will say, always have said, continue to say, that the Trump admin. was on the wrong side of history regarding crypto. I understand some of the reasons, and for others I understand the reasons for the reasons though I strongly disagree with them. Having said that, all forms of government that are intended to provide organization, utility, protection and defense, always end up in the hands of tyranny. Absolute power is absolute corruption.

Nobody ever votes for themselves to earn less or lose their seat of power... oh wait there's one guy that chose to do without his pay entirely but that is another story. Nobody votes against their own selfish wishes and once they are in power, they'll hold on for dear life, a HODL we could do without.

There is, in fact, a global governance at one level up from the FED level of all countries, and if you ever take the time to read international law, and read the fine print for all exchanges that forbid 'certain' regions from trading on their platforms, you will in fact read that the reason behind it all is coming from the United Nations. The fact that U.S. to Iran all comply is a disgusting other topic. There is a well-defined and well-outlined plan for global governance controlling all education, all finance and a myriad of other details. For every topic, there is a logical, peaceful "humanist" sounding reason for every single non-governmental organization, always named something you'd be crazy to be against. The outcomes from all of the billions of dollars they pull in is always the exact opposite of that lovely title, which begs the question why money goes in, corruption comes out... every... single... time?

So, when people start waking up to Klaus and WEF and they're hysteria of excitement that a global pandemic makes the world ready for UBI and economic slavery, you have to know this has been planned for a very, very long time. The issue now, is that most people in the coming generation already agree with it. They've been trained well, and believe the entire thing is their brand new idea. They do not know history, but it's okay most of their parents don't either.

All of this feeds into the fact that to know your master's intentions is to know the outcome of the battles we are in. Can someone truly program a crypto project that can get you safely in, and safely out, using fiat, which is the resource most of us actually have, without government intervention? Please tell me how, because that truly is the future.

We all know... well most of us... well many people in crypto know that Bitcoin is not the best tool to use if you truly wish for anonymity. Personally, I think absolute transactional anonymity is a very important feature, except for when we want to pay for utilities and taxes entirely from our assets.  In those cases, I would very much like my details on the blockchain ledger as proof of payment and date, but then it becomes an issue of being encrypted data only for the lender or utility company to see. The best global system right now, would be to allow people to pay a flat tax with a contract never to have them raised again. It could come from every transaction automatically, be resolved on-chain, and everyone world-wide could come out of the wood-works. But, 'they' are still not done taxing the internet, so they surely have just begun the demonic overtake of the last bastien of freedom in finance.

Trust me when I tell you, as I have been telling you, politics is the one weapon against crypto that crypto cannot survive. You best be willing to fight for your right to HODL, but... how do we do so? Show our solidarity with laser eyes? Government don't care and Jack, Zuck and all of the others will comply... heck they will help the round-up. Talk about soldiers of doom, I've wonked bad guys on the head in HL that weren't 1/50th the Nazi reflected in today's propaganda-sifting tyrants of social demographic data mining. We must have ideas for how to protect our right to trade freely. I don't know the answers, at least not yet, but I do know we well should have the right to continue forward trying to plot our economic futures without constantly giving up an increasingly larger slice to those who have done nothing to deserve it.

Politics is the enemy of crypto even if it comes in the form of a friend. If one's government grants you the right... don't automatically take a breath of relief. If they give it, they surely will take it at a time when it is least expected. They can block an app. They can force discussion to go underground and force algo's that ban certain terminology from being permitted on platforms. They can do exactly as China in Sesame Credit and tie your allegiance to their affiliations directly to your credit score and travel plans. I've warned of this for years, and wouldn't you know, the green passport was all it would take for people to fall in line? Nuts, I'm telling you.

Crypto provides TOO many people with TOO many opportunities to earn their way to wealth, for governments to avoid the salivation that comes next.

If I understand Gensler the professor, prior to Gensler the SEC chair, right now our total top volume in crypto represents about 1-2% of the volume of global markets. They won't start coming after us full steam until it's around 10%. That, my friends is just around the corner.

In 2017 when things were picking up more and more, I believe I remember the correct number, that the total market cap of crypto had reached $512 Billion. That was massive. I believe we have hit an ATH of $2.5T this year. Perhaps more? I believe when it surpasses $20T it is assumed to be a proper threat to Wall Street, and that is when we will see the big guns come in.

Let's become an active community who discuss ways to assist our favorite top coin projects develop a secure process that can also find means to free trade that is beyond the reach of feudalism and tyranny. That, is what we have to consider in continuing this journey to a better, safer world.

And on that inspired note, a lofty-minded crypto Gordon Freeman super hero... out. 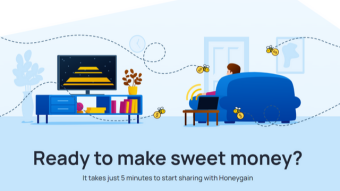