BitCoinBaby Day 23 - I sold all my crypto. I bought the MF Dip and still I screwed UP??? 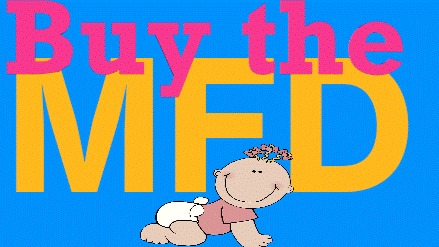 BitCoinBaby Day 23 - I sold all my crypto. I bought the MF Dip and still I screwed UP???

So I thought I had it all figured out.....I am by now a baby expert on the weekend dip....I was screwed over by the exchange (like many) during the last big dip...... so I took all precautions I could think of.

I sold on Friday..... Normally I start checking for a good selling point on Thursday and I found a good one on Friday. Even though my 2 years of data say Saturday is best for selling, lately Thursdays and Fridays have been the best days to sell.

and that is a big butt

This time I was not going for the weekend dip.....I was going for the big dipper....the one I felt coming for several weeks already.

So I did not plan on buying unless we dipped below 33K. I was going to BTMFDB (Buy The Peep Peep Dip (Bitcoin)Baby). 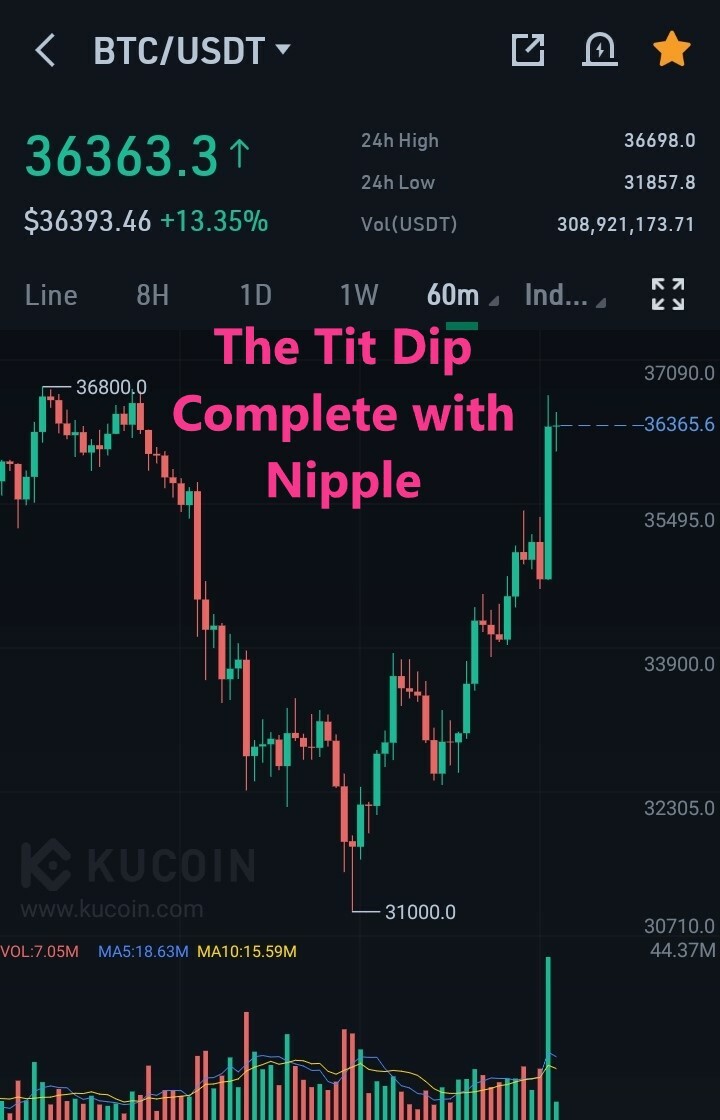 But now the question is, when to buy?

When is the Dip bottoming out, you do not want to buy the neverending dip.

So lets project the Wyckoff lesson learned last week over this sensual dip, and see what would have happened if I have practiced what I preached?

If I would have followed Wyckoff, would I have bought the bottom? 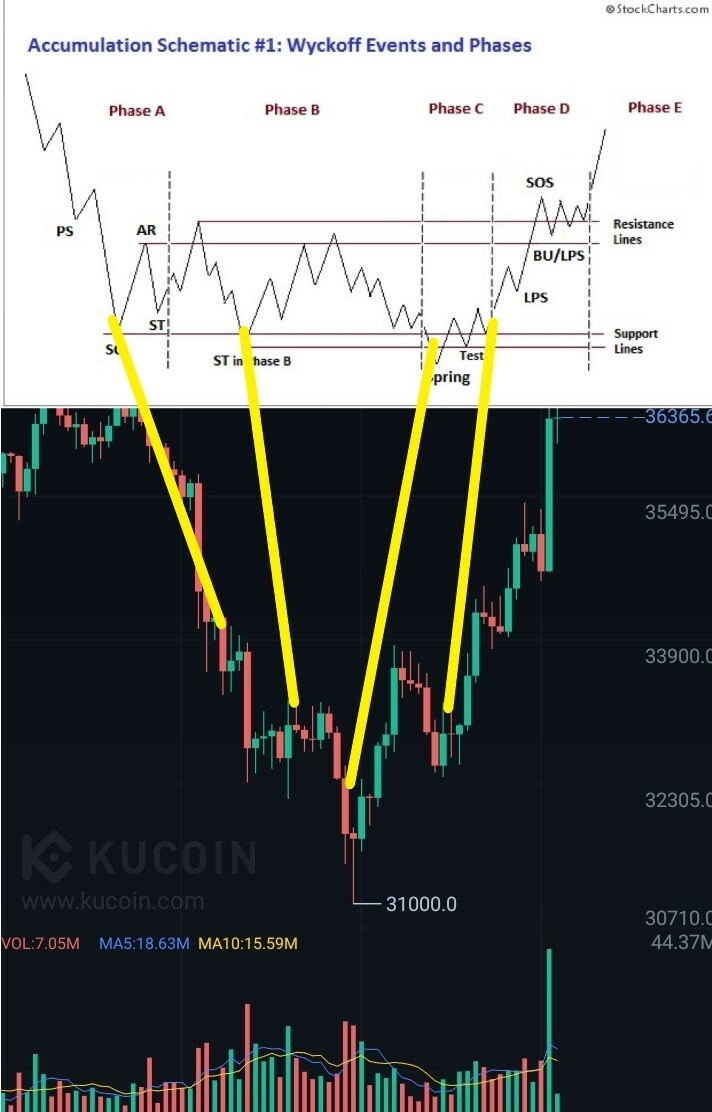 Indeed, this dip seems to have followed the Wyckoff Schema to the letter.

The question is did I?

As said I planned to not buy above 33K. Hence I passed up that initial Phase A dip to the 34K.

So I let myself be tempted into buying. But yes an other big butt ( I like Big Butts and I can not lie) only using 50% of my funds, as I expected to dip further during phase C. And we did, and I bought that dip as well.

So, I had it all planned out....except for one little detail😱

BTC undipped ......but I bought ALTs during the dip.

And those hardly moved, they stabilized, but remained far behind in comparison to Bitcoins recovery.

At least for now, because if it all plays out that will change when BTC stabilizes around 45K. Then a lot of my sources are convinced that the real 2021 ALTSZN will kick-off.

Still I have my doubts, I even thought about becoming a Bitcoin Maxi Baby. And then I went hell no!

Those guys are annoying and there style is boring. It might be the smartest way to go, but I got into this game as it will avoid me buying uppers and/or downers on a dark street corner. I can get high on my portfolio supply each day......and I like it. 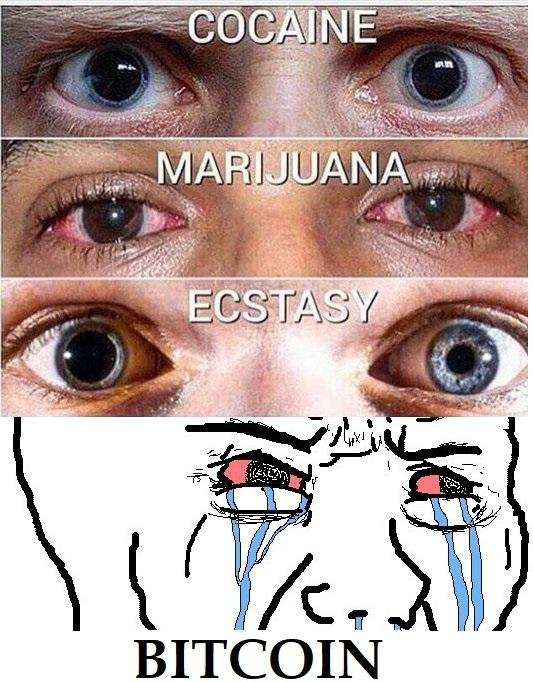 So in the end

I almost got it right, I did not do a bad job reading the dip.

I made sure that I had funds on the exchange (because during the last MFD on the 19th of May, the day we shortly hit 30K, all the non DEX exchanges blocked us from depositing funds to Buy The MF Dip) and I used them correctly buying the dip.

Did I make any money?

Well, financially I got it sort of right.

Buying the dip covered the losses of my coins on the other exchange. I broke even 48 hrs after the dip.

But now comes the biggest butt....., but then all money flowed into BTC & all the fear flowed into the ALTs. Even while BTC stabilized, Alts started dropping, dripping with fear.

Yes they are above my buying price, but only 1-3%. While Bitcoin is towering 8% above the dip.

Wait till BTC is back up and then swap your BTC for the promising ALTS.

DYOR which ALTs are promising (just a piece of financial advice.....they normally do not have any type of dog in the logo).

I am even better prepared now, but let´s see .....there still must be so many ways to screw up a Million Florin Dip.

Jun 07, 2021 · Former President Donald Trump on Monday called bitcoin "a currency" that threatens the U.S. dollar becoming "the currency of the world."

But Trump openly admits BTC being a currency....and not just a currency......a currency that is feared, as it´s competing against the dollar to become the currency of the world.

" I don't like it because it's another currency competing against the dollar. I want the dollar to be the currency of the world. That’s what I've always said."

Thank You Mr Former President for admitting that BTC is THE threat for the once so mighty dollar.

So I will keep it short & sweet this week.

Just sharing my latest experiences. Not Financial Advice, but maybe it can help you plan for the next dip.

Because we will not get rid of that lovely adrenaline feeding volatility for a long time.

Have a nice lovely day and pleas don´t forget to hit that like button...before the virtual door hits you on your way out. 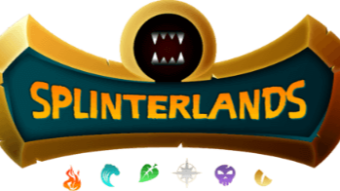