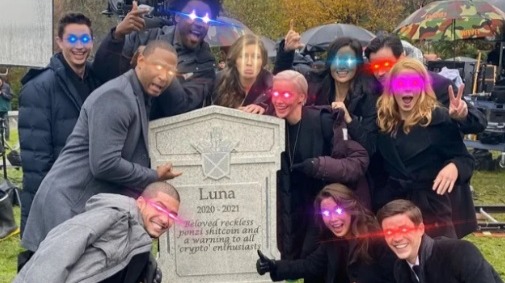 A Positive Story About Terra Luna before it RIPs

I know everyone is talking about Luna and UST and how horrible the status of this project is.
Well, I will let these people explain everything that is wrong with this project. They will do a much better job than me.

I am just telling a little positive story, a story about doing 6X during the worst crypto crash in 4 years. Sounds great right? But waking up this morning was not so great.

Last couple of months Luna mooned as never before, it was the talk of crypto town. 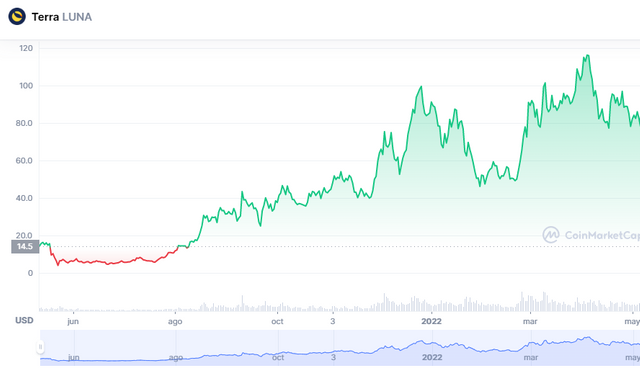 It did a 10X over the last year and doubled its value between February and April 2022.

Luna was on a role....and nothing could stop it.
Nothing, but Bitcoin taking a deep dive. But the Do Kwon Man had a plan, or at least that´s what he said during an interview that was published on the 1st of April.

In that interview Do Kwon admitted that bitcoin crashing would be “negative” for TerraUSD (UST) stablecoin, but he was not worried as he expected bitcoin to rise. That was his Masterplan. 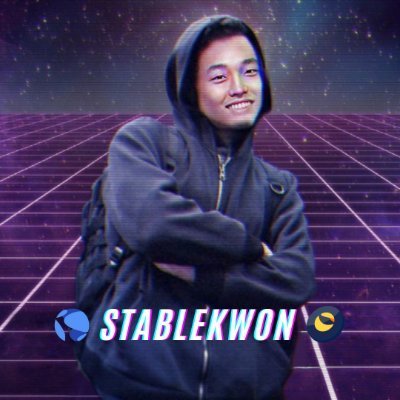 Do Kwon is the CEO of Terraform Labs, which planned to purchase $3 billion worth of BTC to back up their UST stablecoin.

When Kwon was asked about the short-term implications of holding so much BTC he said:

“the worst case would be if we were buying bitcoin and there was a drop six months later, and it was correlated with a massive drop in demand for UST,” which would be, as he modestly put it, “negative.”

Maybe not the best but definitely the most expensive April's fools joke of 2022. Because Kwon´s long-term expectation that Bitcoin will go up was shattered by the current short-term dip. A dip You, me and even Kwon could have seen coming.

Back to my story and waking up seeing Terra at $12. I sold a bit yesterday night and now I was still holding 0.6 Luna bought at $80. My current loss on Luna was now about 74 dollars.

As this dip caused my portfolio to go from $8000 to $5000 this 74 dollars could also be written off as just another victim of the 4-year cycle dip.

Seeing Luna go down was captivating, like watching a trainwreck. You just can´t stop looking while it goes down from 10 to 8, and then quickly down to 4 dollars. Was Luna really going down to zero?

Then my girlfriend entered my home office. She is just getting into crypto and was talking to her favorite streamer in Discord. He just bought 100 Luna (probably around $4 dollars) and he was imagining what would happen if, 18 months from now, Luna would be back at $120.

I was thinking with my bearish hat on, telling her about it going to 0 and being a dead coin, and then I swapped the hat for my bulls cap. 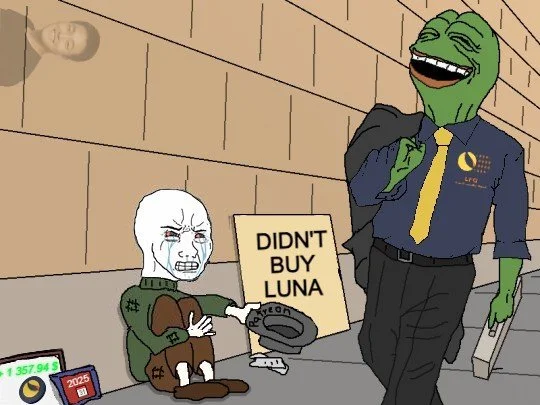 What if I am wrong, what if Terra Labs would be able to solve its huge problems. Terra is a well-known brand, and if they learn their lesson and fix their fails....they just might get back above 40 dollars.

So I went what the hack. I lost enough already. another $150 dollars would not make much difference. I bought about 100 Luna for an average price of $1.10.

Within 30 minutes the tide turned and Luna did a little bounce...the bounce accelerated and Luna was mooning from 0.90 cents to $6 dollars in 2 hours that is a 6X easily.

Diamond Hands or Playing it Safe

I was in doubt, what would be wise?
Based on my experience these things do not last for long, so I decided to at least break even and sold 40 Luna for an average price of $4.80. That made 190 dollars and left me with 60,6 Luna.
Well, 10 are my Girlfriends and 50,6 are mine.

Because I just woke up to a 20 Cent Luna, thinking Damn if I sold all at $5....how much Luna could I buy today?

But it was fun, Crypto has not been as exciting as this last week. First buying $900 BTC in one day and then this 4.5X during a bear market.

Just make sure to always remember that Crypto is fun and that hitting the like button is still one of the few free things in life!