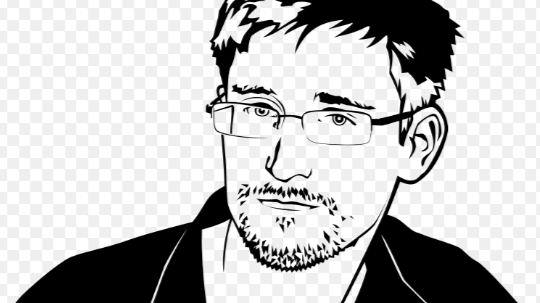 Get Ready for Another Edition of...

Working Together to Protect The Inalienable Right of Blockchain Decentralization Citizens to Government:  Keep your Hands Off of OUR Data!

Note:  This is an update of an earlier post in which I explain that we need to police ourselves in order to keep the government regulators away from cryptocurrency as much as we possibly can.  We know government intrusion will ultimately happen for blockchain technology, but the extend of which it is used against us remains to be seen.

Since originally posting this article, I have come across a new blockchain platform that purports to be a system for alternative dispute resolution for blockchain transaction disputes.  This is like the idea I had back in 2017 as I saw the amount of fraud taking place during the ICO bubble of 2017.  I proposed a system of alternative dispute resolution in which major crypto projects would all agree to allow on-chain disputes to be settled by a third party.  That third party would've been the DAO entity I was promoting at the time.

Unfortunately, my project never took off, but I am so, so glad to see someone else with a similar approach to crypto dispute resolution.  Traditional court systems are not set up to handle disputes on the blockchain, and they shouldn't have to.  It is imperative that we have a system to work out disputes among ourselves.

Once I have done better research on the dispute resolution platform/blockchain I have mentioned here, I will do a full write up of the project after analyzing their documentation and performance as well as key people.  Until then, I will not mention their name so that no one mistakes this for an endorsement.  It is not that, at least not yet. The imminent collision with the giant train that is the United States "federal bureaucracy" smashing into the robust and unregulated cryptocurrency markets is coming. If you do not already know this, all have you have to do is look at history when it comes to emerging markets -- going back hundreds of years before the American Revolution.

For instance, companies such as the Hudson Bay Company and the East India Company were granted monopoly charters over newly discovered trade routes to India and Canada -- with the East India Company being founded all the way back in 1600. Soon after the companies came in and "tamed" the local people and set up quasi-dictatorial administration, the British Crown became highly entangled with the EIC until the two basically held tandem power in the colonized Indian subcontinent.

The Soviet Union was known for its sterile -- almost clinical -- administration of central planning by a massively invasive bureaucracy which was, in turn, completely filled to the brim with agents from the KGB. Sound familiar? If not, all you have to do is look around with inquiry in your mind and think about it rationally for a second -- the United States (and most of the west altogether), as a nation, is not administered by the government that is presented to the public. The real power lies in the hands of those in deep in the bureaucracy -- those nameless "agents" who attempt to infiltrate everything they can in order to achieve a state of "total informational awareness." This has become a massive, pulverizing machine chugging along at full power....

Coming the other way is the cryptocurrency market and ecosystem in general. Our discussion boards are open, our projects publish whitepapers, we attempt to be completely transparent. However, a market that has total capitalization of half a billion dollars and is almost completely unregulated in the United States (other than the IRS's attempt at taxing them) is the perfect target for the bureaucracy to come in. Getting their foot in the door of the crypto world is all that they need to begin massive regulations, and this fictional scenario below gives you an idea of the processes used to do just that.  They then enact "rules" that do not apply to themselves and create penalties for those who break these new rules.

They see a massive, massive unregulated market that has attractive low-hanging fruit and decide that they are going to regulate us, but they have no grounds to do so legally, so...

They regulators release a statement that they have received "hundreds" of complaints of people being taken for crypto-related scams and other fraudulent activities.

They claim to have a "mandate" to protect US citizens from fraud, and they begin to regulate the hell out of every crypto project in the United States and prevents others from offering service to US-based persons. They make it a misdemeanor criminal offense to trade in cryptocurrency.

Then, slowly, they begin to lessen the grip, after the citizenry has become used to the idea of crypto being banned, much like the myth surrounding Cuban cigars. In growing increments, they begin to allow us to transact in cryptocurrency, but the transactions allowed are heavily regulated, just like the banks, and are all under the umbrella of a new government corporation, much like the FDIC -- called the Digital Asset Insurance Corporation, the DAIC. Because the people had already became conditioned to the temporary ban on crypto, this feels like the government is doing good, and approval ratings go up....cycle repeats, until cryptocurrencies become floated the same way as regular currencies, controlled by a central authority.

Of course this scenario is a bit extreme, the above could happen so fast, we wouldn't even realize it was done until days after it was enacted..

So What Can We Do?

Now, we get to the core point of this post:  What we can do to prevent -- and if not prevent, then to slow down -- the decline and theft of the cryptocurrency ecosystem by a lengthy, devastating collision with an information-obsessed government bureaucracy ready to regulate us into the dirt?

Well, obviously, we need to present, as a collective agreement between major projects -- a commitment to professional, honest, and secure projects. We need to devise our own methods for determining whether a project appears to be a shitcoin or a pump-dump scam and get them out of the market immediately.

The concept is super simple --

If we clean our own yard, they won't need to do it for us.

Now, this does not mean that we will never suffer government interference, either as individual projects or the community as a whole. Many of us have been given forms by the IRS to report our cryptocurrency activity. Some have challenged this in court, but so far, the courts have sided with the IRS, making future court cases less likely to succeed. Now that the IRS is in, all they have to do is refer someone they feel owes more crypto tax over for criminal prosecution. At that point, the DOJ and every agency that has access to the DOJ criminal database (FBI, CIA, NCIS, Secret Service, State Police, etc) will know that the person they are investigating is link confirmed as owning the crypto address linked by the IRS. As such, they would be able to link this person's crypto transactions to debit card, in-game purchases, fuckin Starbucks visits....literally everything they do now but with the added power of blockchain turned against itself as a surveillance tool on the very people who were looking to have anonymous transactions. This will all happen in the name of "keeping US citizens safe from fraud."

I know that some of you may think that I sound like a tinfoil hat conspiracist, but this is not the case. I am simply pondering what would happen if the massive US bureaucracy took over the crypto world via regulation the same way that they have done with other massively unregulated industries in the past.

In the end, though, it's very important to note that this is probably quite a few years away from happening.

There are still millions to be made out there. There are plenty of moon landings left.

So, do what you can now whenever an opportunity presents itself. If you end up making a little something, put back as much as you can in a safe place. Once the IRS or other regulators send you threatening letters saying they will take your belongings if you do not pay what they think you owe on crypto taxes -- you can simply go to your safe, pull the amount out, get a money order, and get it over with. In the process, give the IRS a call and tell them you want to settle it all now, that you can pay 1/3 (33%) of the total they say you owe. They will accept it and you can go on your way.

First and foremost, please understand that, like all editorials, this is an opinion post meant to persuade my readers that the points that I have presented herein are true. I do not expect you to take my word for gospel. Always research on your own to ensure that your line of thinking is in line with the facts, not any one person's advice.

As such, my opinion is simple -- that if we police ourselves, governments will hold out as long as possible when it comes to the decision to interfere in the crypto markets, at least here in the United States.

While my opinion is that, the for all intents and purposes, though, the message is overwhelmingly simple -- keep our own doorsteps clean and they are less likely to interfere. This is true for individuals as well as projects specifically. If you are a developer on a projects that suddenly rockets to the sky, be ready for the tax man to come. Being prepared to resolve the matter as fast and as cheap as possible will give you a way to get them on their way quick, so make sure that you are keeping track of what you "may" owe in taxes, say, if bitcoin were USD and you were calculating capital gains.

In the meantime, do everything possible to keep prying eyes out of your digital assets -- this means paper wallets for the ultra-paranoid and hardware wallets for others. 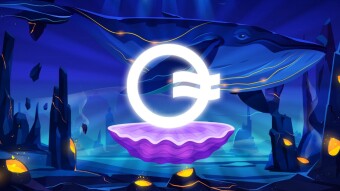