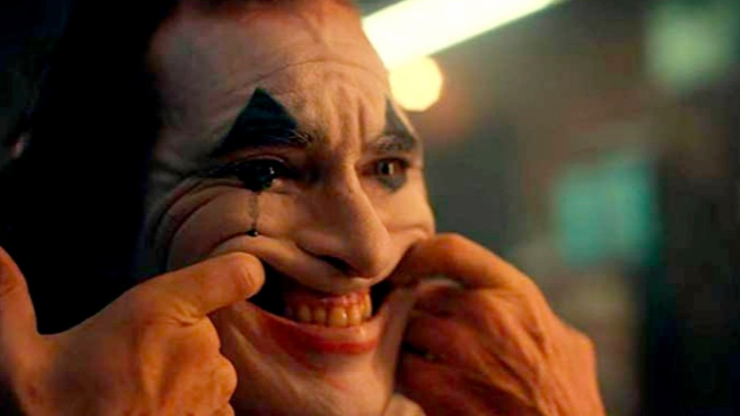 JOKER - or the real clowns among us

Ever since Todd Phillips' "Joker" came out, reactions to the movie are anything but calm. Despite the fact that the Joaquin Phoenix’s played a masterful role as the Joker, such loud reactions that flooded social networks and the internet in general, in some other times that would be considered a bit excessive, but not these days.

The Joker is a well-known comic book character and the main villain for decades now, but his life story was never well known. Now Todd Phillips have made mental and emotional break down of Jocker character, and whit that, from fictitious comic character, Jocker became a human, the same human like we are, whit same fears, desires, hopes, but also whit the same grief, suffering and bitterness, which makes him more scary than ever before. Watching a movie, the viewer can identify with the Joker; we all can recognize a part of ourselves in him and that is dreadful. It is hard to accept that deep down, we are as good as we are evil and that our choice are what or who we will be in this world. The Joker is evil, but the movie does not stick to the usual Hollywood dramaturgy in which good eventually defeats evil, but instead we have a protagonist knocked down, in the torn society, of a torn city which perfectly represents the today's society. When society is torn down and lost, pathology floats to the surface, This is a lesson we should have already learned, but we didn't and now history repeats itself in front of our eyes.

Movie Joker takes place in Gotham City in year 1981, world without internet and social networks, but with a bipolized society, as it is today. A society where the elite is so separated from the rest of society that all they perceive is their own bubble in which they live, only clowns remained, who serve to entertain that same elite. In such a world, the individual is exposed to this social pathology, and at the end he becomes ill from the same disease. Joaquin Phoenix fantastically portrays just that, the rise of psychosis. Those who have a voice are powerful and famous, and the only way for the insignificant person is to win their share of the media space, if he wants to be heard. But that system is rotten and the only thing one can get is ridicule and contempt. Elite dictates who has what place in the world. The individual is not the master of his destiny, but an ordinary puppet who lives in the matrix, manipulated by the media, who are manipulated by the elite. When that individual wakes up stripped of everything, love, empathy, happiness, whit empty soul, then he becomes a dangerous man.

We live in that Joker world today, we live in a culture of labeling, insulting, humiliating and excluding individuals, not directly but indirectly through the media through which we perceive the world and society completely, and the question is where is the limit?! How long it takes for the broken man to pull the trigger, and who is ultimately responsible for his act, movie or the real clowns among us?!