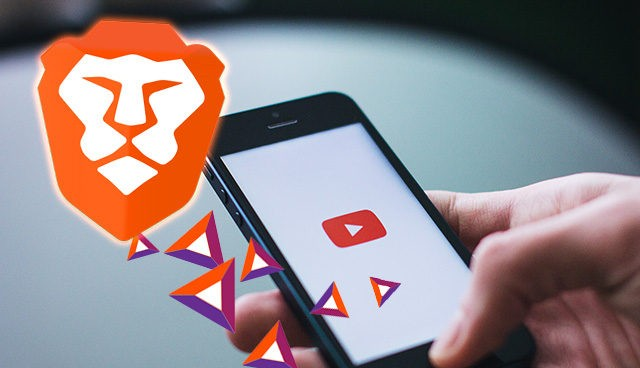 I've been a content creator for quite some time. If you do your research you'll probably find blog post back from 2014, but the truth is, I started way before then. I've been on pretty much every platform, Blogger, Tumblr, Wordpress, Medium, Squarespace, even Pinterest... You name it, I've probably tried it. A few of them stuck, till this day I still use Squarespace to host my website KeenanRIVALS.com and I often use Medium to talk about random topics that don't necessarily align with my brand.

Recently, I signed up for YouTube, I saw a shift in the way the world was consuming content and wanted to get a jump start. I'm not going to lie, it's a challenging platform, I've been at it for over 2 years and I can't seem to pull ahead. My subscriber count has definitely grown, but not to the extent to which I'd like.

I think the hard part for me is actually creating the content, I honestly hate sitting down and turning the camera on me. So many factors go into it, you have to worry about what you look like, what you're going to say, if your background is attractive, if you're in focus, if you're in the frame... and that's just the beginning! There's still editing the video, adding transitions and color-grading it. But it's all worth it right? Because if you stick to it then there's a chance at a large compensation... Or at least that's what they want you to think.

Right now in order to be a YouTube Partner you have to over 1,000 subscribers and at least 4,000 hours of watch time over a 12 month period. That's a pretty high barrier to entry. Trust me when I say this, it took me close to 2 years to hit these levels. The 1,000 subscribers weren't extremely hard, but getting people to consume so much of my content was a definite struggle.

Perhaps it's my niche, street photography isn't nearly as cool as Fortnite and the odds at a viral video are few and far between... if something did blow up, it was likely at my expense!

And that's exactly what happened! I had a few altercations on the street and the videos were reposted on several photography blogs. This allowed me to develop a small loyal following of people who looked forward to my content. I kept thinking to myself... It's finally happening!!! I'm finally a YouTuber.

The first thing I did was check my analytics. I know a few of you probably hate me for this, as the internet wants us all to be saints who create for the sole purpose of passionate. If we should have a dual interest in both creating and earning money then we should be struck down by lighting and stripped of our blessings. Okay, I'm being dramatic, but people really do hate when you talk about compensation for your art.

On the first day, I brought in .06 cents. I got paid 6 cents! I know to some of you that sounds like a bummer, but I was pretty stoked. I know it isn't a lot of money, but it wasn't about that, it was about being in, it was about having the opportunity to earn money from my creations. 6 cents was just the beginning, there was so much more room for growth.

As you probably expected I was super motivated after all of this. The 6 cents I earned was from older content, so the first thing I did was put out another video in hopes to gain more attention and revenue. And then shortly after that, I put out another one... I told you guys, I'm in, I'm not going to spoil my opportunity. As the end of the month rounded I looked at my analytics and I had earned a whopping $10.37. This was in exchange for 10,600 monthly views with a watch time of 21,200 minutes. Obviously not what I expected, but I had been creating this content for 2 years, so I was happy to get something.

At least I thought I was. As the months went by I became more and more unmotivated. I kept thinking to myself, is this worth $10. Sure if I killed it I had the possibility to earn more... but was it worth more? Obviously, this was me being a little negative, but at the same time, these were real concerns. I began to reevaluate my interest. Do I care about being a YouTuber? Am I cut out for it? Was the juice worth the squeeze?

I decided to not answer these questions. Being paid $6 for hours of work would make anyone a bit discouraged so I came to the conclusion that my best bet was to take a break... and that's exactly what I did.

You're probably wondering what this all has to with Brave right? Well, now we're getting into that!

During that time off I had a lot more free time to... I don't know, do things I actually enjoyed? I took photographs, played XBOX and took a deeper dive into cryptocurrencies. I've always been involved in the space but I really decided to double down for the month of June. I read so much, almost everything I could find. Scowered Reddit, came across Publish0x for the first time and even invested in a few projects.

The 4 hours I would spend filming a video were now spent on the web. I was educating myself, but I was also earning money at the same time. Every 15 minutes or so I would get a new pop-up via the Brave Browser, actually, I would get one every time I moved my mouse. (If you're not sure what I'm talking about then give it a try, leave you mouse idle for 10 minutes or so, then move it and Brave should prompt a popup). I'd click the pop-up almost subconsciously if they were of interest to me, I'd check them out, if not then I'd simply close the window.

This went on for a month, I'd see a pop-up, check it out and then close it. If I had to guess I'd say the entire process took about 5 seconds. Again this happened a few times an hour so, I don't know, maybe it took up 15-20 seconds every hour in total. At the end of the month, I was awarded 39.1 BAT, which is around $7.31 at the time of writing this article. I checked my YouTube stats and I earned $6.16 off 9k views over 180 unique videos.

That's right... I EARNED MORE MONEY FROM BAT AND THE BRAVE BROWSER THEN I DID FROM YOUTUBE! Now again, I know a lot of that is my fault, I wasn't super active during that particular month on YouTube. I had no uploads, wasn't engaging on the platform and I didn't share my videos on any social platforms.

But damn, all that hard work I put in and I only made $6? I couldn't help but think if my small, niche, loyal audience had the ability to pick how much they paid me for my content how much I'd earn. That's why I think Brave is so special, not only does it give my audience that ability, but it also allows them to do it amongst several platforms. Yes, YouTube and Medium have partnerships but what about Twitter? What about Reddit, that's considered content too right?

I earned $7.31 from watching ads, but I also earned a nice amount from creating content as well. 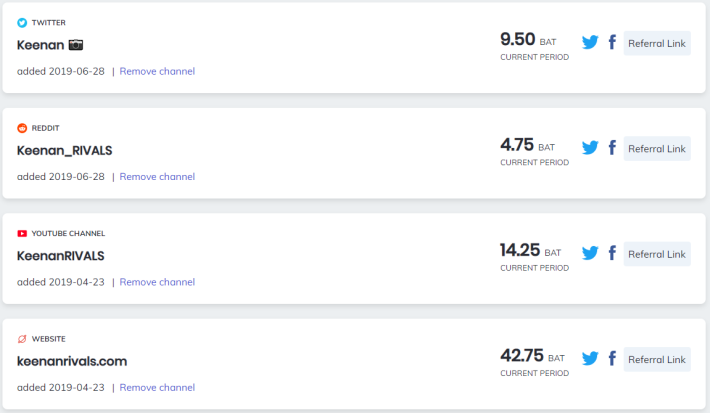 The beauty of the Brave Browser is that there is no cost to entry. One can simply create, actually one doesn't have to create, one can just browse the web. There aren't any milestones to hit, you don't have to be boxed into one platform. Brave is a creative browser, it allows content creators to be free and more importantly, it encourages consumers to compensate you. This is going to change the way we view content and it's going to change the status quo for creators. No longer will we be asked to create for free or strictly from passion, instead, tipping will become the standard, much like when you go to the diner. We have to respect those who create, YouTube does it for a select few, but Brave will do it for everyone!

If you have yet to download the Brave Browser then I strongly encourage you to do so, I'm not only speaking to creatives but to those who consume as well. A donation to your favorite creator can push him to create more content, which means everyone wins in the end! I know this wasn't your typical Publish0x post, but hopefully, you guys enjoyed it. I'll be posting more content here, so be sure to shoot me a follow!