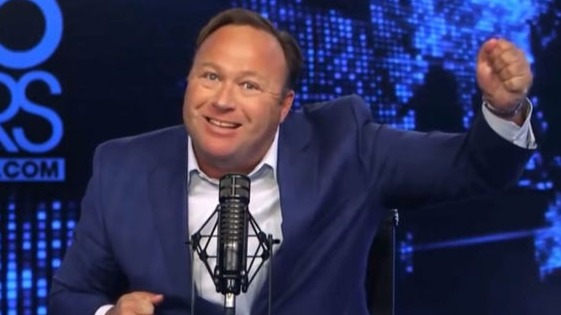 The number of Brave content creators is growing by the day, with respected organizations such as Wikipedia, Vimeo, Washington Post and The Guardian all joining the BAT revolution.

And while most of these websites garner some level of respect, some Brave content creators, such as Infowars founder Alex Jones, may raise a few eyebrows.

Known as one of the internet's most controversial conspiracy theorists, Jones is one of nearly 450,000 Brave content creators who are now accepting Basic Attention Token tips from their fans.

Jones has been permanently banned from Facebook, Twitter and YouTube, and has a long history of making unsubstantiated claims on tragic events such as 9/11 and the Boston Marathon bombings.

The 46-year-old has also faced legal action over his comments on the Sandy Hook shooting in Newton, Connecticut in 2012.

Whatever your stance is on Alex Jones and Infowars, there are literally tens of thousands of websites now accepting BAT tips. Among the organizations are several charities, including us4warriors.org, a non-profit group dedicated to helping veterans and their families overcome hardships.

BAT destined for mainstream use

Basic Attention Token is destined for mainstream success and use, with Wikipedia - the twelfth most-visited site on the internet - among the websites registered as Brave content creators.