WAX to Hive bridge is open in Muterra

For people who bought their Muterra packs two weeks back, here is the good news. They can now send their packs to Hive and open their packs on Hive. We did the sale first and we wanted to open the bridge about a week or two after the sale is over. The bridge was not something that was easier to build. Understanding the new blockchain and how the transactions work there was a big challenge. But good that the documentation was kind of okay and I was able to grasp the concept from that and build the bridge for transferring packs from WAX to Hive. Initially, I tried streaming the blocks and getting the data from that but it was not a concrete solution so I switched to a different solution.

I'm also happy that I can now write integrations between Hive and WAX for the NFTs. My next task would be to explore how I can create Fungible tokens on WAX and if I figure it out, it should also be easy to create a bridge for FT as well. On Hive we have Resource credits and I was quite familiar with how that works but on WAX it was a little challenging to understand how RAM, CPU, and NET works. Even now I'm not sure if I understand the concept or not. 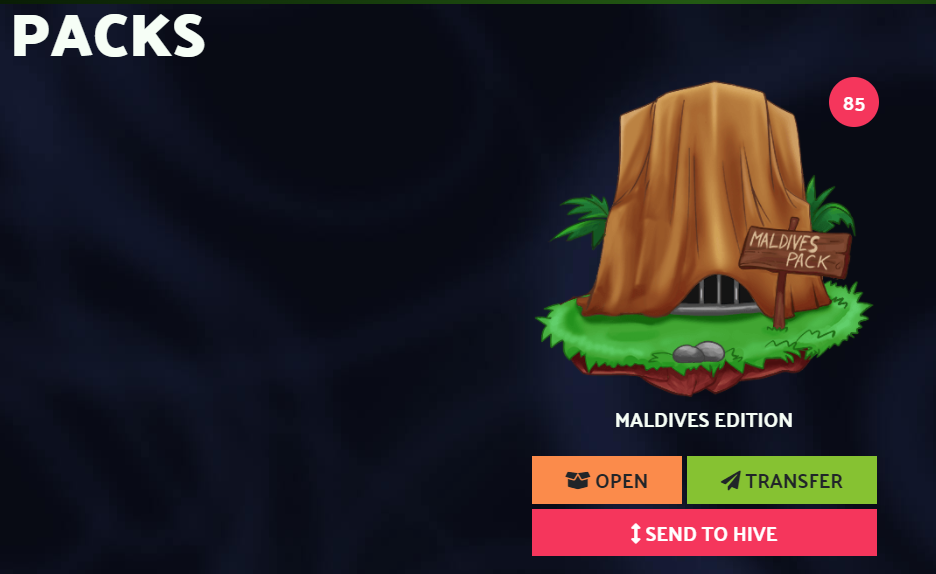 People who have bought their packs on WAX can now make use of the interface available on our website to transfer their packs from WAX to Hive. The opening of packs happens on Hive and the NFTs will be issued. There are also notifications on discord to verify if the transfer went well or not. It can take up to 2 minutes max but usually, it happens instantly as soon as the history API on the WAX side is updated.

At the time of writing this article, already over 500 packs have been transferred from WAX to Hive. The next biggest thing would be to work on making the tamer transfer work. We are going to work on transferring tamers from WAX to Hive. That's a little tricky one because we have to create some settings on the Hive side to issue the cards accordingly and on the WAX side it would still be the same type of thing. We are not having Hive to WAX bridge as our top priority right now. Maybe we will come up with something for that later after other important things for the game are ready.

The next major thing would be to work on the APIs and the actual game mechanics and integration with Hive blockchain. The players can view the staging version of the game from the staging site. Not all the users have access to see what we are developing. But if you are very curious, you can contact us on discord and we can provide you access. The MALDIVES packs we sold in the sale were only minimal and the maximum packs were only 20k where each pack had 5 cards in it. Those who missed purchasing packs during the sale can still purchase some from the market. It can be a little costly but that's the only option right now.