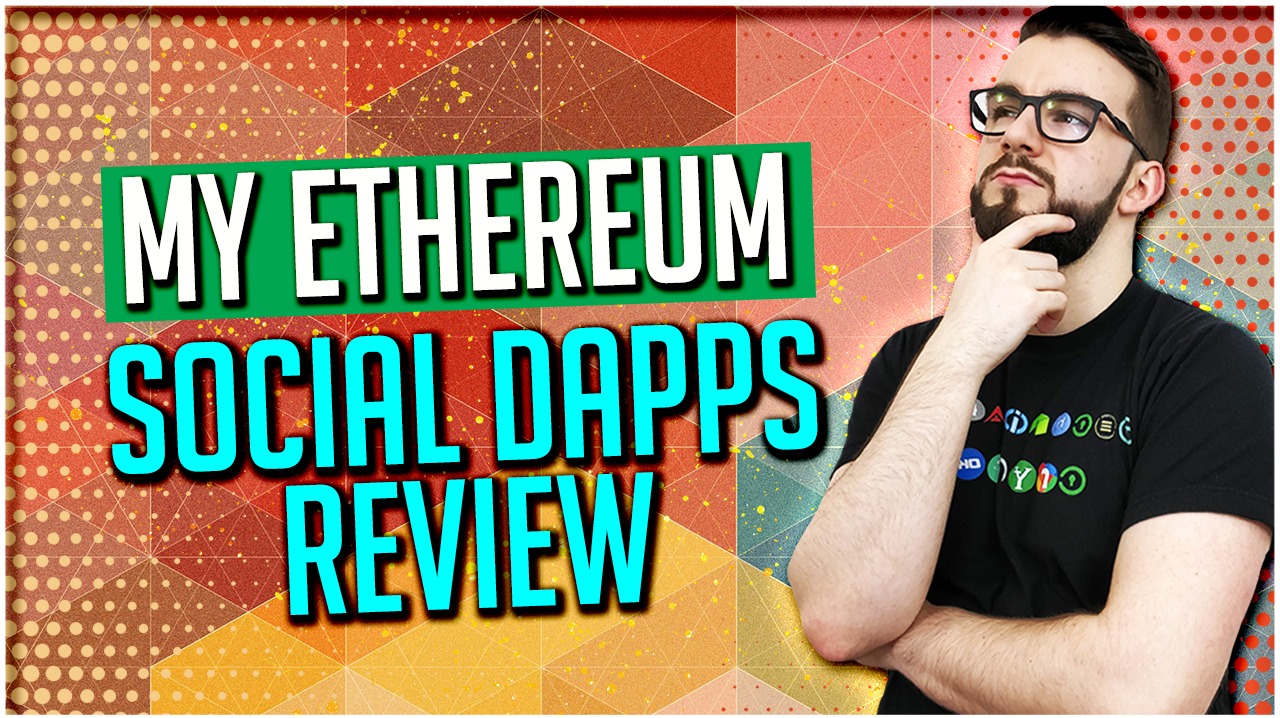 I would love for Ethereum dapps to grow and improve. I recently finished doing a review of their social dapps and the only one that stands out for me is Minds.

After previously reviewing a handful of EOS dapps and feeling underwhelmed, I wanted to cover Ethereum dapps too. Unfortunately, I’m just as underwhelmed, however, they have Minds.com which is their redeeming quality. Everything else seems to fall very short of my expectations of a quality platform.

I referred to these websites to find Ethereum social platforms and applications: https://media.consensys.net/40-ethereum-apps-you-can-use-right-now-d643333769f7, https://dappradar.com, https://www.stateofthedapps.com, and https://app.co/

Many BCH and ETH platforms require you to pay per tip or transaction which I think won’t be used much in the future because that model is unrealistic to expect people to adopt and this applies to the likes of Peepeth and Cent. The issue is when someone is joining a new platform, they are absolutely not planning on spending money to start testing something brand new only to find out there is a very small community and they need to continually buy more ETH to use the platform.

I’ve gone through at least 30 platforms, but most were not functioning, abandoned, weren’t social platforms, or weren’t ready yet. With that being said, let’s dive in!

Civil.co – You can sign up as a member or a newsroom though it’s supposed to be a free speech platform, you have to be approved to write anything and even as a member I found the site hard to navigate and I wasn’t able to view any articles - https://civil.co/

InkDrop – This is an ETH free speech bulletin board platform. However, it’s still not ready and is in beta. They require you request access to join so I wasn’t able to get approval during the time I did this review. https://www.inkdrop.tech/

Cent.co – I like this and I think it could maybe have potential, but the issue is. The minimum post cost is $0.09, and the minimum tip is about $0.18 currently (while ETH is at a low value), so I can only interact with like Peepeth you have to pay for everything you do which isn’t realistic. At least you are seeding and like Steem earning for curation, but still it’s not going to entice people enough. I think the concept is cool that you earn the if you curate good content but investing a dollar into someone at minimum is too much to ask and people will be reluctant to start off by giving Cent a ton of their money. https://beta.cent.co/

Peepeth - Great idea, slow network, awkward & cumbersome signing every 15 actions. Changed it back to spending ETH on every transaction. One post was about 0.01$. It’s unrealistic to expect people to pay to comment and post basic tweets.  - https://peepeth.com/

Primas – They have a small network, no language filter and it’s mostly not English so I wasn’t impressed. Only for mobile, but mainly for blogging so a bit annoying. Not much to it, wouldn’t recommend. Only has 100 downloads, 6 reviews, and it’s mobile only so essentially no one is using it. - https://primas.io

Status – A messaging application that lets you chat, transact, and use their dapps. I will start by saying that I don’t entirely considered a messaging application a social platform, but there were very few good applications and platforms to review. I’m not a fan of what could easily be a browser solution that requires you to download it on a computer because I just don’t see many people using it. On mobile however, I think that’s fine, but not on a computer. It does have its own dapp portal which is pretty awesome. They apparently have some of the most dev activity, so they are clearly working hard to improve it. Maybe there is a difference in functionality between the desktop and mobile app, but I found it to be awful. I could only edit my display name and nothing else. Also, every topic I joined like #blockchain and #cryptocurrency had no communication. They don’t show you previous messages so it honestly seems like no one at all is using it. I don’t see the crypto aspect to this. I get that it’s more secure using blockchain, but do not recommend using it. Just find an encrypted messenger. https://status.im/

Numa – This looks like a super basic Wix or Wordpress site and has no option to sign up or create anything. Also, every post is made by “admin.” So I’m not sure how this got listed anywhere - https://numaverse.com/

Mithril – This is an ERC20 token that both PiePie (formally known as Lit) and Yeemos use. You earn MITH tokens currently worth $0.01 for sharing short expiring videos and images similar to a crypto monetized Snapchat. The issue is that it’s mostly spam posts and non-English users that make up the community. I used PiePie for a while and was unimpressed. https://piepieapp.com/ - http://www.yeemos.com/

Akasha – I previously had access to Akasha and for some reason no longer do. It was mediocre and felt like a weird combination of Tweetdeck and Facebook. They essentially used the design of Tweetdeck with the functionality of Facebook and while that was fine, there was almost no userbase and it was slow as well. It’s coming soon. When I tested it previously, it had the same issue as peepeth (expensive transaction gas fees), it was 0.22$ to follow one person so it’s not viable - https://akasha.world

Minds – This is my alternative to Twitter / Facebook. It’s like the better version of Gab with cryptocurrency and boosting. You have much less opportunity to earn a huge profit than on Steem, but Minds is much more robust and has a lot of features and things to offer. Their blockchain integration currently is very preliminary and mainly for their boosting (advertising) model where you earn for almost everything you do, but it’s only real use is for spending on promoting yourself and your content. It’s very useful and a great system, but you’re not likely to make profits from it. So again, like I said with Steem, it may depend on what your intent is for using the platform. Still that being said, it’s one of the best platforms and it has the most hype right now. The CEO and staff are very receptive to the community and improving the platform. There are also many influencers who are on Minds and some like Tim Pool who are even advocating that people use Minds and get off Twitter. Minds has become my favorite and most interactive platform. It’s the platform I have the least gripes about and the biggest issue I see is people complaining hate speech which they can individually block or having an explicit tag so they’re doing a pretty good job with being lax on speech restriction. Instead, they give you the tools for filtering. Minds has been having trouble with their boosting model and have since limited you to 1 boost per 24 hours using offchain tokens and for newsfeed posts, while you can indefinitely boost sidebar boosts with onchain tokens. They raised the price of the onchain Minds token from $0.15 to $1.25. This is really concerning because they have massively devalued the coin and yet made it more expensive to acquire. This is the concern I had with DLive, but given you can earn Minds tokens for free I guess it’s fine. What this says to me is that we likely won’t see it get to exchanges and boosts may continue to be very limited. I still believe Minds has the most active community and the most potential for growth as I’ve tracked all my followers and subscribers on every platform and Minds by far has grown exponentially faster comparatively for me at least. - https://www.minds.com/register?referrer=scottcbusiness

Cent might be an okay platform to use if you’re okay spending ETH every time you post, but Minds is the only viable social platform I could find using the Ethereum to some degree. However, Minds only uses it for their token as a utility token for boosting and you don’t have much opportunity to monetize and earn a profit.

While there may be many cool resources and applications, there’s only one fully functioning and usable social platform and that is Minds.