What Is Non-Surgical Body Contouring With Laser Lipo? 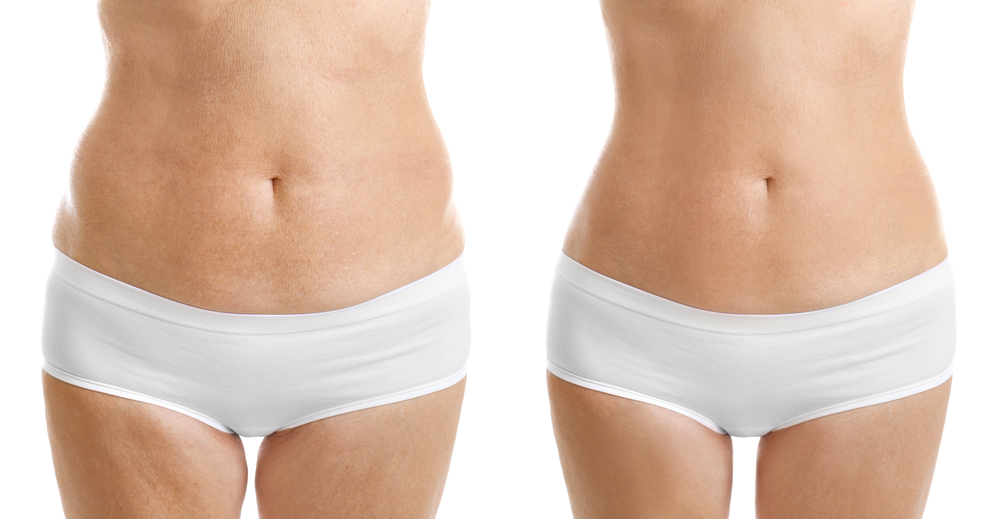 Millions of Americans are frustrated with fat that does not seem to respond to diet or exercise, but modern body contouring techniques can melt away that stubborn fat for good. One such technique is known as laser lipolysis, or laser lipo. This body contouring technology stands out because it's non-invasive, simple, painless, leaves no scarring, and requires zero downtime.

All of this might sound too good to be true, but laser lipo has proven results. It can take inches off of your waistline, zap away a double thin, thin your thighs, and firm up the upper arms. How does it work? What is the treatment like? Is it painful? In this article, we'll cover everything you need to know about laser lipo.

Body Contouring With Laser Lipo: How It Works

Traditional liposuction is still one of the most popular quick fixes for stubborn body fat, but it comes with some significant drawbacks. In addition to its invasive nature and the lengthy downtime, liposuction often leaves behind sagging skin where the removed fat once was. Laser lipo eliminates this issue and does it while being minimally invasive and requiring far less downtime.

Laser lipo is done using heat generated by laser diodes, which can penetrate fat cells and create microscopic holes in their cell walls. The result of this is that the targeted fat cells essentially leak their contents, which are then removed by the lymphatic and digestive systems and eliminated from the body. The laser lipo treatment can be done just about anywhere on the body where fat collects, but the most commonly treated areas are the stomach, thighs, buttocks, chin, neck, upper arms, and back.

During your treatment, a technician will place pads containing laser diodes directly on the skin of the area of treatment. These lasers penetrate down to the targeted fat cells and perforate them. The fat inside the cells then leaks out and, while the fat cell remains, it is much smaller than before. Because the lasers used in this treatment are low-level lasers, you won't even feel a thing during the treatment. As far as you're concerned, you're just lying down for a little while.

The entire laser lipo process usually takes between just 20 and 40 minutes. It can take longer if you're having multiple areas treated in a single session. There's no downtime for recovery; in fact, you can leave our facility and go right back to your daily routine.

If you drink plenty of water, you'll quickly flush away the leaked material from the fat cells. Unlike other body contouring treatments, there is no swelling, bruising, or redness associated with this treatment, and unlike with traditional liposuction, there is zero recovery downtime, no scarring, and no need to arrange rides to and from a medical facility.

As far as your results go, most people begin to see improvements about three to four weeks after their first treatment. It takes a bit of time for the body to remove the leaked material from the fat cells and a little more time for the skin to reshape itself around your body's new contours. Most people also receive more than one treatment. In fact, six to eight treatments are the norm for most patients.

What Makes It Different

Laser lipo is different from many other body contouring techniques in that it does not destroy fat cells outright. This is an important distinction because the human body almost never creates new fat cells after we exit adolescence. Instead, our existing fat cells expand and contract as we gain or lose weight. This is why treatments like CoolSculpting are often touted as permanent solutions to stubborn body fat.

Killing off fat cells can often have unintended consequences, though. If you melt away fat cells on your belly, for example, fat cells elsewhere will have to take up the slack in the event of any weight gain. In this scenario, other areas that never had visible pockets of body fat before may start showing them. That's why a treatment like laser lipo is a great option; there's no risk of such unintended consequences.

Laser lipo is also very different from traditional liposuction in that it doesn't result in sagging skin. This is because the treatments are administered over a course of weeks, rather than all at once, and because of the time it takes for the body to remove the material released by the fat cells. As your body slowly becomes slimmer and more contoured, your skin will have time to adjust and mold to your body's new shape.

In a clinical trial, patients reported losing an average of a full inch off of their waistlines after one month of treatment. In addition, they reported a reduction of two centimeters on average per thigh. In other words, it absolutely works, and it has been approved by the FDA for the purposes of body contouring.

Overall though, the effectiveness of this treatment is going to be dependent upon the habits of each individual patient. Because Laser lipo does not destroy fat cells, instead draining them of their contents, visible body fat might reappear after treatment in the event of weight gain. If you stick with a good diet and exercise routine, however, you can maintain your results for a long time to come.

How Much Does It Cost?

Laser lipo typically costs around $1000 and $2000 for a full course of eight treatments, depending upon the size and number of the treated areas. Compare this to traditional liposuction, which usually costs at least $4000, or a tummy tuck, which costs between $5000 and $9000, and it's easy to see that not only is laser lipo much more comfortable and convenient than surgical options, but a lot more affordable, too.

What about when compared to other non-invasive body sculpting treatments, though? CoolSculpting usually costs upwards of $2000 for a large area or multiple areas. If you want your stomach and love handles treated, costs can easily soar to $3000 and higher. Once again, laser lipo is by far the most cost-effective option when it comes to treating stubborn pockets of body fat.

Who Is Laser Lipo for?

First and foremost, it must be noted that laser lipo, like other body contouring treatments, is not a suitable treatment for weight loss. It is cosmetic in nature only, and despite providing patients who undergo it with a slimmer waist or thighs, most people will see only a negligible decrease in their overall weight.

If you are on the lookout for weight loss treatments, you should first speak with your physician about formulating a diet and exercise plan that works for you. That said, here are the people for whom laser lipo is an excellent option for reducing the appearance of stubborn body fat.

A great candidate for smart laser lipo is someone who can make the commitment to have between six and eight treatments over a three to four week period. If your schedule is too busy to accommodate the treatments, we can discuss options during your initial consultation.

The best candidates for laser lipo are people who are in generally good health, with good fitness levels. Ideally, they should be at or near their target body weight with pockets of body fat in specific areas that they would like to target, though being within 30% of their ideal body weight is a good range. It's a great treatment for people who have just undergone weight loss but still have areas they'd like to target for reduction, too.

There are two key reasons people who are already in good shape make up the top candidates for laser lipo:

The first reason is that they will be the most likely to achieve their desired outcomes. Laser lipo can melt away plenty of fat, but people with more body fat are less likely to notice a change.

The other reason for this is that physically fit people who are in good health likely already have healthy habits, making them more likely to maintain their results in the long term. Patients who have to change their lifestyle to maintain their laser lipo results are far more likely to slip up in their new habits and gain weight than those who already have an established diet and exercise plan that works for them.

In the end, it's important to realize that while laser lipo is effective, it is not a miracle cure for body fat. If you are in good shape, it will enhance your results from your workouts and your diet, but it won't help anyone drop fifteen pounds.

Because the treatment is so gentle, with few to no side effects, it is a safe treatment for the vast majority of people. That said, there are people for whom laser lipo is not a great solution. The largest group to be excluded as candidates for this treatment are women who are pregnant, may become pregnant during the course of treatment, or who are breastfeeding.

These restrictions are because, first, not enough study has been conducted to conclude that it is safe. The other reason is that, due to pregnancy weight and the changing shape of the body during pregnancy, it's always a better idea to wait until after pregnancy to have a body contouring treatment performed. When it comes to breastfeeding, the release of material from fat cells can have a negative effect on the quality of breast milk.

It's easy to read about a completely non-invasive way to melt away body fat and lump it in with scam diet pills and other snake oil treatments, but laser lipo is the real deal. It can target and reduce body fat just about anywhere it's found, and it has the FDA's seal of approval backing up its claims. It's completely painless, with zero downtime and noticeable results.

I am an unlucky soldier who is addicted to social media. Always wears dark glasses. My top quality is being particularly naughty. My particular interest is in making pasties out of bad people. --made using https://www.character-generator.org.uk/

My blog is about anything from aesthetics medicine, dermatology, gardening, and more. Feeling and looking good is an inherent part of our existence, and how you feel about yourself has been shown to affect your success.