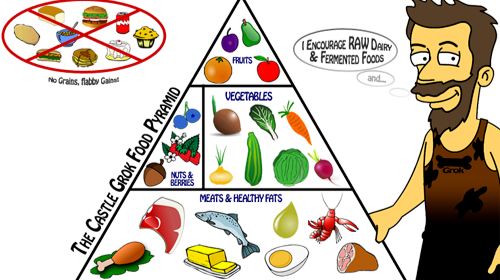 Criticism and commentary of the Paleolithic diet

The Paleo Diet originated in the United States (no grains, legumes or dairy; and abundant in foods of animal and vegetable origin). It has spread throughout Europe; in the case of Spain, it is understood as an increase in the quality of life. On the other hand, experts in the field of health, assure that it can be harmful to health to follow this diet. In the United States, the phenomenon has become so important that spaces are dedicated to magazines and social networks. There are a number of people who claim that returning to the beginning of men makes a remarkable advance (especially for health and mental condition). The Paleolithic lifestyle consisted of sleeping properly, between 8 and 10 hours, exercising outdoors and managing stress, among other things.

Experts who have studied the diet normally position themselves for or against it, but Mireia Porta has analyzed it and takes a neutral position. She assures that, if we compare the standard balanced diet, the Paleolithic diet is rich in proteins and, on the other hand, deficient in carbohydrates (or carbohydrates). Mireia Porta believes that, at the very least, a more natural diet is promoted, with fresher and unprocessed foods. Due; less simple carbohydrates, control blood glucose and the level of amino acids and fatty acids. 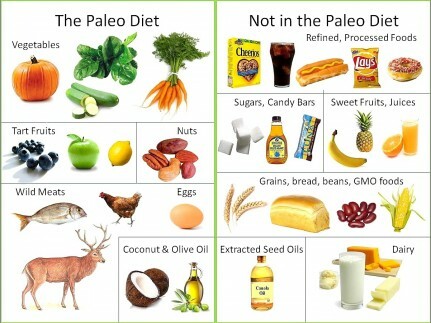 The OMS and the American Heart Association declare that the base of the diet should be vegetable and not meat (since it is not healthy in the long term). Mireia Porta regrets that this custom has been exported from America.
Barboza, creator of a website related to the Paleolithic diet, advises thousands of people and is in favor of the "paleo movement". It is spread throughout the world, and is officially accepted within society. It adapts to the daily life of the inhabitants of the world.

There is a trend, in the 21st century, to look for natural and unrefined products. A return in time (ironically). Hollywood stars have switched to the Paleo diet, and publicly defend its benefits. This has created trends and a great spread worldwide, more than ever in history. Many people who follow the diet regularly practice booming sports such as calisthenics, weightlifting or crossfit. The street workout is a training that is designed to be done outdoors, consisting of improvising training with the elements of the environment and supporting the own weight of the person who performs it. The New York Times and The New Yorker newspaper assure that the paleo lifestyle is already a trend and is succeeding there.

Eduald Carbonell believes that it is not logical to want to imitate the ways of life of prehistory, since it is another time in history. Science shows that some of the customs that come from the Paleolithic are not valid today. The archaeologist Eduald Carbonell theorizes about the turning point that was the discovery of fire; the schedules were modified. He also affirms that they lived without peace, between stress and dangers. E. Carbonell differentiates the prehistoric hominin species to characterize the physical features of each of them. Neanderthals were less able to travel long distances, and Sapiens like us are more so. The men of that time lived much fewer years, with a life expectancy of between 30 and 40 years (so 35 years). E. Carbonell believes that agriculture is the origin of large-scale food production and the food economy that is so present today. Finally, E. Carbonell, is interested in the natural environment and living abroad, being aware that we are in the times we are in. However, Eduald Carbonell firmly defends freedom of choice and a clear mind to make decisions. The Paleo Recipes Book. The diet of our origins for a healthy life makes us think about whether today we could continue to eat the same way our ancestors did, with semi-manufactured food. Eduald Carbonell, together with the journalist Cinta S. Bellmunt, makes available to readers a book that teaches the diet followed by the first humans. They extract information from a multitude of archaeological sites. Animals and vegetables are present in the diet. Among the macronutrients provided, protein stands out. The book explains how to cook them in the natural space or in a conventional kitchen. The food was not cooked much, the least. Cannibalism was also commonly practiced. In contrast, Dani Pegueroles from Paleotraining Delta is convinced that following the Paleolithic diet does not exceed adequate protein. He also points out that the environment makes everything variable and relative.

The following information, which I have written, has been based on what I have been able to read from chapter 7 and 8 of the book The Door of the Past. The daily life of prehistoric man in the Iberian Peninsula, Así Vivían Collection, authored by Josep M.ª Fullola and Maria Àngels Petit. The respective chapters have been produced with the collaboration of Jordi Nadal (chapter 7) and Jordi Juan and Victoria (chapter 8). The chapters are From hunters to farmers and Food and health. 10,000 years ago there was a turning point, in the Neolithic, in which man put agriculture and livestock at his disposal. This meant the necessary step to be able to depend less on nomadism, or, at least, to do it in a controlled way since they could domesticate animals and plants, thus making the anthropic activity help the self-sufficiency of the towns. Through the bone remains found it is possible to determine deficiencies of some nutrients and also biological and physiological differences (they help us to determine age, living conditions, food preferences, etc.) Thanks to archaeozoology and archaeobotany we can theorize, at present , about which vegetables or animals were exploited and consumed by our prehistoric ancestors.

With the Upper Paleolithic, there is an increase in the range of foods in the diet, with the appearance of new vegetable products such as some vegetables, and of animals, milk and dairy products. It represents the possibility of being sedentary, leaving the nomadic condition behind, in order to better exploit what exists in their environment. 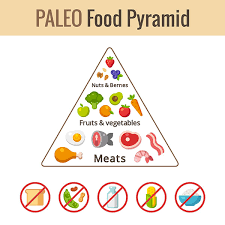 For the following paragraphs I have read chapter 7 and 8 of the book Just as we were. The prehistoric societies of the Iberian Peninsula of the same authorship as the other cited book; that is, Josep M.ª Fullola and Maria Àngels Petit. This book is later and complementary to the other (I think it is a reissue to better synthesize the information or provide new information). Chapter 7 is authored by Jordi Nadal, and is entitled From hunters to peasants. The authorship of Food and health, chapter 8, belongs to J. Juan and V. Medina.

The carbohydrates and carbohydrates came from plant origin, the protein and lipids from animal origin, therefore, thus, they already met a large part of the food need to survive. They also fed on minerals (from water...) and vitamins (especially fruit). We must understand that, in the historical context that we refer to, the evolution took place not only of homos, but also of many other animal species and subspecies. Therefore, today's cow is the event of a successive biological adaptation that has occurred over time. But it has not been only naturally, but our ancestors (and we continue to do so and more exaggeratedly) took part, that is, they genetically manipulated animals and plants. They did it through selections and controls (of weight, size, behavior, etc.).

Nowadays, it is still doubted whether the moment in which the animals stopped carrying out tasks exclusively to obtain resources and began to have a different function, such as field work and transportation, corresponds to the Bronze Age or to the Neolithic. What we are sure of is that from then on many tasks were derived (and the tools that make them possible were born, for example, to work the fields; plows).

Knowing all this, I wonder if there are so many differences between the diets of the moment and that of the Palelithic itself. It is clear that we have acquired more knowledge, more foods modifying old ones, more food production (and on a global scale), more hygiene and safety. when it comes to consuming food, but... Could we get rid of the excesses that are so present in many of the diets that are promoted today? Would we be able to nourish ourselves only out of necessity? ?... Gluttony? I think the answers are obvious; We live in a society that has manipulated us and also instilled some ideals (of all kinds).

- Link to my profile;

- Link to the blog in which I include this publication; In this blog I am going to reupload publications related to everything that I have been learning throughout the Archeology degree at the University of Barcelona, at the Faculty of Geography and History. Trasnlated from spanish to english. I hope you learn a lot!