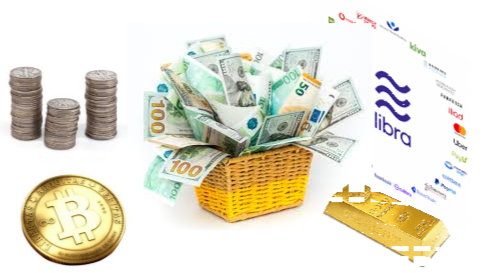 BTC as an SHC? Bank of England floats the "Synthetic Hegemonic Currency" idea, while NZ already pays employees in BTC

Bitcoin used as one of the Basket of Currencies in a Multi-Polar Economic World? 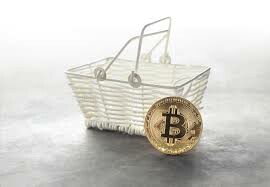 You can find the full excerpt of his speech here .

I took some time "ploughing" through the "signalling" going on in this speech which received BIG MSM coverage by all the BIG Financial News desks, worldwide. Signalling designed to give the network of central banks a "heads up" I am sure, given Carney and Zuckerberg have had F2F talks. hmmm.

To Carney's credit he did point out

"There are a host of fundamental issues that Libra must address, ranging from privacy to AML/CFT and operational resilience. In addition, depending on its design, it could have substantial implications for both monetary and financial stability"

Ok, Carney got that part right,  however while in the process of describing the hi-cost of domestic and cross border payments , the main driver for such a multi-polar system of settlement and payments,  Carney cleverly dodged even mentioning any of the "new technologies" leading the way.

What is interesting is Carney believes the change will likely manifest itself as  some form of one or more SHCs being added to the  current  "Basket of currencies" used for International Settlement, as currently implemented by the World Bank and the IMF  is inevitable.. Carney uses the explicit term "when", arguing for a multi-polar world using multiple SHCs

"When change comes, it shouldn’t be to swap one currency hegemon for another (China Yuan for US Dollars). Any unipolar system is unsuited to a multi-polar world. We would do well to think through every opportunity, including those presented by new technologies, to create a more balanced and effective system."

So there it is "including those presented by new technologies"  which implicitly means Bitcoin, now with 69% of the total market cap, and likely Ethereum  and ERC centric public distributed ledger "blockchains".

Make no mistake, Carney's Jackson Hole Speech 9th of August 23rd, 2019, is an opening salvo and a straight shot at the US dollar dominance used in 60% of the world's international transactions, which he rightly points out unnecessarily exposes those countries using  the US Buck to the volatility of the US market, when in fact the US only accounts for 30% or so of the world's transactions based on its own GDP, recently eclipsed by China's reported GDP.

That said the speech is also a "Call to Action" for all the Central Banks, with the underlying implicit message of get going with your own SHC plan or be replaced by the current cryptocurrency market moment.

Carney knows and states as much,  there is little monetary room to lower rates any further as a tool to boost economic growth. Diving into the world of Negative interest rate yields like Japan and Europe is not an option, it's economic suicide (Deflationary),  and the fear which is building out there about market instability is rapidly precipitating a hard switch to cryptocurrencies  shown by the ever growing daily volume and price stability  we now see in BTC, Dash, Ethereum, etc.., as well as some of the other pegged coins and settlement coins already in use for large $$ value settlements.

So the Carney real signal to all the other central banks, prompted likely on behalf of the cartel of banks who privately operate the US Fed is:

"Get going or be usurped" by the existing cryptocurrencies already being used by big business for payments at much lower cost with much faster settlement times.

In business we already have this happening at JP Morgan between its own international customers on their private blockchain. What is more interesting is

in New Zealand, businesses are now legally allowed to pay employees in whole or in part in Bitcoin. :)

Dash as some of us have known for the past year, is also used heavily in South America for micro transaction settlements.

There is a short list of others which make up the volume, ignoring market cap dominance and "store of value" centric Bitcoin for a moment.

So the Precedent is set to make the switch, meaning no SHC, or group of SHCs offered from the current network of central banks is required.

BTC and Carney's Next Steps

The two big questions in front of us now the "cat is out of the bag" with Carney floating the SHC idea, and alluding to the use of existing cryptocurrencies for International Settlement:

1. When will Bitcoin be adopted into the basket of currencies? (and what improvements need to be made to make it happen)

BTC can get the job done for large amounts with small Transaction Per Second demands placed on the Bitcoin network of Nodes, and do it today, given most of these banks are doing end of day settlement of large amounts. It's not as quick as SWFT today, however the tech is evolving to get up to SWFTS TPS performance. So it's a possibility, down the road, and only that. (More on this below).

As to Carney's next move, let's face it he is a smart guy. He helped Canada dodge the bullet in 2008, and has kept the ship steady in the UK. That said, even though his market value is high at the moment, I doubt Carney will bolt for a private company like Facebook and Libra, despite his chumminess with Z. it's way too controversial, and smacks of an inside job.., he could however end up back in Canada, or maybe even be employed by the Fed, as in the latter case he is pretty cosy with the Fed's current Chairman, Powell. Or, maybe some crypto company makes him an offer he can't refuse?

IMO Carney is definitely a Wild Card which has yet to be played, so stay tuned into his movement plans, it will impact all of us in the crypto space.

In any case, soldier on Crypto Warriors.., :)

because waiting for these central banks to lower your payment and settlement costs and, also hoping for them to protect your store of value moving forward is not likely to "play out" in your favour.

TK Note -if the past "trusted performance" of legacy fiat systems are any indication, given fiat's stellar record of destroying your buying power with inflated money supplies and transferring wealth to the top 1% worldwide, the network of central banks is not the place to look for trusted, low cost and fast International Payment and Settlement solutions. These central banks grow money out of air and hand it to their  local bank buddies to issue as debt to retire old debt via the corporate elite selling their stock on  relevant  public stock exchanges (also used for stock buy backs as well to jack EPS "Earnings Per Share" and assure high value stock option exits for the CxO suite running/gutting these companies), as only 1/10th of that ever finds it's way into the real economy to stimulate real economic growth.

BTC in the Basket?: Don't hold your breath, because Gold is already there and breaking out (it's back)

While it's nice for crypto fans to wish BTC into the basket of world settlement currencies used between Central Banks( also by the IMF and World Bank to load developing countries up with debt) and, New Zealand's step in the right direction is great, please remember,  BTC's Market Cap is miniscule compared to Gold and Silver (both in early Bull market form). Gold of which, was quietly added to the IMF basket of currencies March 29th, 2019. Gold is already a big player in AsiaPac and the BRICs markets used today more and more as a settlement "store of value" meaning Gold's use in this regard will only grow bigger. https://finance.yahoo.com/news/gold-prices-prediction-gold-breaks-174340603.html

PS- Silver follows gold, and is likely next up to be added to the basket, or? 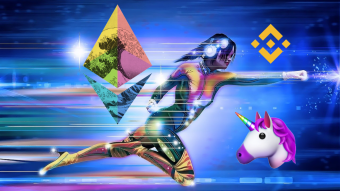