Don’t Board the Dogecoin Hype Train

I would wager that the majority of cryptocurrency enthusiasts have some familiarity with Dogecoin, the meme coin created in 2013. 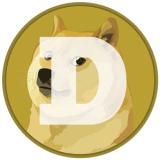 The coin, though a meme, has actually had a surprising amount of community involvement over the years, from sponsorship in NASCAR (driven by Josh Wise - the Dogecoin community also votes Josh into an all star race, which caused a bit of a controversy in the NASCAR community), they’ve helped the Jamaican bobsled team attend the Olympics through donations upward of $50,000, and they also raised enough money to build a water well in Kenya. The community is great, but with current trends, I feel the need to point out to those new to crypto and/or Dogecoin the glaring downsides of the coin.

Dogecoin, for the past seven years, has never hit $0.01 - though it's flirted several times with $0.009. As of writing this, Dogecoin is currently sitting at $.04. Most investors ignore penny stocks because penny stocks are always penny stocks. This time may be an exception, but I wouldn't bet against it. With the help of it's strong community, Dogecoin was able to go from $0.008 on 1/28/21 to nearly $0.08 on 1/29.

Of course we're only talking about a couple cents per coin, but for a coin that has historically remained below even just one cent, it's quite impressive.

The current question, now that Dogecoin has proven it can in fact hit that mark, is can it remain or even continue to climb in value? We have to look at what caused Doge to go that high in the first place. We can look at our earlier remarks about how much the community has done in the past and how the value never seemed to take off at that point, to help determine. The market got bullish, and not just in Dogecoin, as we also saw Gamespot's stock price increase astronomically.

The problem with the market being bullish on buys is that there are a lot of people who may have spent $20 on some Dogecoin, and now it might be worth $50, and they want to take their profits. You may have people who have underestimated the influence the community could have and are worried they're going to be taking a loss if it sits too long. Some that most likely bought in way too late, possibly $0.05+ and see it's now trending towards $0.03 are going to sell to get as much back as they can.

Dogecoin is a fun coin, but it's also extremely volatile this week, and will continue to be with bullish buys. Dogecoin memers will shout until their face turns blue about going to the moon, completely ignoring the glaring downside in the coin; besides it having no use outside of tipping Reddit users. The coin has no supply limit, it's infinite. Initially, Dogecoin had a supply limit of 100 billion coins, which would already have been far more coins than the top digital currencies were allowing. But, in 2014, Dogecoin announced that the limit would be removed in an effort to create a consistent reduction of its inflation-rate over time.

Dogecoin is fun, but it lacks fundamental usage of not just a coin, but also an investment. If you were trying to sell someone Dogecoin, what would you say to get them to buy it? "You can send it to people on this website called Reddit"?