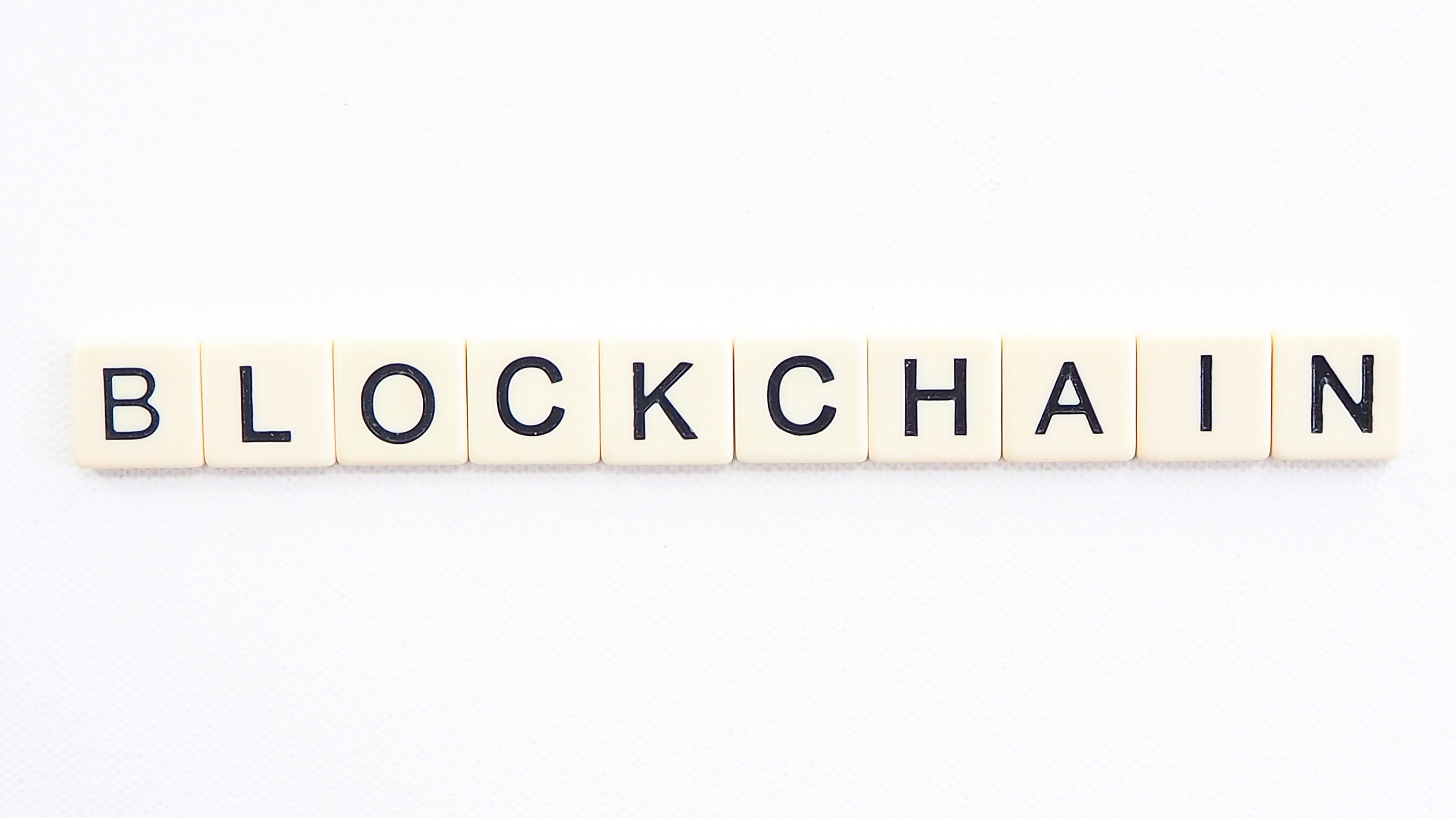 Which sector has been most popular in recent years? Most people will give you the same answer: blockchain. Since the Chinese government officially listed blockchain in the category of “New Infrastructure” in April 2020, relevant blockchain policies have been launched in many places and policy support has been very common. In early July, China also released 9 new professions, including “Blockchain Engineer” and “Blockchain Application Operator”. In recent years, supported by the state policies and regulatory bodies, the industrial upgrade, application popularization, value precipitation and talent nurture of China’s blockchain technology are booming.

Thanks to its unrivalled publicity, blockchain has been all the rage. Moreover, decentralized finance and many other terms have given it a powerful boost. Recently, LongHash tweeted that more than 10,000 new blockchain companies were created in China in the first 7 months of 2020. The China Business Industry Research Institute has sorted out the latest information of China’s blockchain related enterprises. According to enterprise inspection data, there are 45,600 blockchain companies in China, of which more than 40,000 are in operation.

It is not difficult to see that blockchain has indeed become a trendsetter in the tide of new infrastructure. Whether in technology promotion, real-world application, or future growth curve, blockchain can be seen as the darling of ToB sector.

But is it true?

Although technology is the fundamental, overstating its role would be a deviation from what’s really essential. It is true that blockchain is developing fast, but it is not as perfect as everyone has heard. The truth is that the blockchain technology is still in its infancy.

History can serve as a mirror for is to see gains and losses. To understand the current development of blockchain, let’s take a look at its development cycle. So far, the prices of digital currency have shown three cycles: the first peak was in 2011, the second in 2013, and the third in 2017.

Similar to the current situation, the sloganeering back in 2017 was all too familiar. At that time, every entrepreneur wanted to brand their company as a blockchain company, and every venture capitalist wanted to brand himself as a blockchain investor. It’s no exaggeration that as long as you put some blockchain terms in your slides, you could easily raise money.

From 2017 to 2018, driven by favorable policies, the capital market was all after blockchain and China’s blockchain industry showed unprecedented prosperity. Thousands of projects sprang up, tens of billions of dollars poured into the market, and financing rounds worth hundreds of millions were in the news frequently, which made people outside the industry envious and drew many entrepreneurs. As a result, most of the blockchain enterprises on the market in those two years were “fake blockchain”.

So how fake were these projects? Some projects combined various new blockchain concepts together, making them appear good. In fact, they were just pyramid schemes and scams. Their white papers had no description and explanation of the technical details. After opening the GitHub source code link given by the project, the introduction document actually wrote “Go Ethereum”. They blatantly copied Ethereum’s Golang Code to its own directory, claiming that it was their own source code. What a blatant lie!

As you can see, most of the companies that came into the market at that time were either still being manipulated manually, or directly use the international open source algorithm. They simply directly download it from open source sites such as GitHub, and then reintroduce it or introduce it directly, to create a blockchain application that works for their company. Finally, a blockchain enterprise is born.

As one falls, another rises in the market, and the “fake blockchain” are increasingly suspected. People think that this is just the blockchain bubble, and it is a fog that can not be dispersed. Were blockchain projects around 2018 really just a bubble? The answer is No. There is still 1% of the enterprises that were still creating value.

Blockchain 3.0 is the “consensus” reached by the blockchain industry in 2018. Bitcoin took the lead in the Blockchain 1.0, which allowed the world to witness the turbulence of digital currency. The blockchain 2.0 stands for smart contract, while the blockchain 3.0 can achieve interoperability and be applied to the real economy, so that assets can be put on the chain and chains can be interconnected.

The remaining 1% is actually the representative of blockchain 3.0 such as aelf, Polkadot and Cosmos. In the first stage, these projects did not hype, but they dealt with concrete issues relating to their projects, such as developing and researching the underlying technology, giving full play to the multi-chain structure and cross-chain technology.

Star projects get off the ground

If in the early days of the blockchain, these projects were merely early players on the blockchain bandwagon, they are now the dominant players in the blockchain industry. They now start to have the ability and confidence to show their capability to meet the new challengers.

When it comes to cross chain, aelf has made great progress in isomorphic chain and cross chain. It realizes cross chain through “main chain + side chain” structure and mutual indexing between parent and child chains. At the same time, aelf’s cross-chain of the heterogeneous chain is also in development. External chains such as Bitcoin and Ethereum can transfer tokens into contract locking and generate corresponding mapping relationships. Then, corresponding tokens are generated on the aelf chain through contracts to form a cross chain. Obviously, in the case that some public chain projects and construction chain have not been completed, aelf had been leading incross chain development.

As a decentralized cloud computing platform, aelf provides a high-performance smart contract platform that can support cross chain interaction. It is positioned to make information flow more quickly and safely on the blockchain, and to meet the needs of different industries, not just the financial industry. Aelf hopes to become the hub of value exchange, connect different blockchains and businesses, let each business have its own blockchain, and make the disordered business world orderly.

At present, the challenge public chains are facing is to be technically competent for the requirements of various application scenarios. In the past two years, aelf has spent a lot of effort to improve its products, aiming to create a business-ready blockchain system more suitable for government and enterprises.

Aelf provides a variety of development tools to enable users to innovate products on the chain, just like developing apps. Meanwhile, the cross-chain interoperability of aelf’s blockchain enables enterprise applications to easily access the public network of aelf and interact with other blockchains. In addition, aelf actively embraces cloud services, so that users on major cloud servers can easily run aelf’s services, and at the same time, it can adjust the scale of cloud according to their own business needs. The combination of aelf and cloud makes blockchain fit in enterprise applications perfectly.

One of the characteristics of blockchain 3.0 is the complete integration of blockchain, big data and artificial intelligence. Through the new blockchain technology, the innovation of new storage mode is realized. The other is to extend the application of blockchain beyond the financial industry and to all aspects of our society. The most important indicator is that the application of blockchain can be implemented. Blockchain technology can not only solve the trust problem, but also effectively improve the operation efficiency of the whole system and serve the society and promot its progress. In other words, blockchain application should be a more user-friendly design, and relevant products should be very easy to use, just as simple and convenient as mobile phones. Blockchain 3.0 is an era of providing value for the people.

One of the most important differences between blockchain 3.0, blockchain 1.0 and blockchain 2.0 is the usage and application of this technology, instead of the change of its underlying technology, including the continuous mining of blockchain value, which is mainly manifested in the comprehensive transmission and secure storage of all personal information through blockchain technology. If this is achieved, the changes will be enormous.

However, for the moment, we still need to be cautious about blockchain 3.0, even though everyone is saying good things about it. Now in the fourth cycle of the development of the blockchain industry, what needs to be done is eliminating the bad thing, burst the bubble, so that only the good things remain.

The best attitude towards blockchain is “hold high expectations, but be reasonable, and always contribute”.