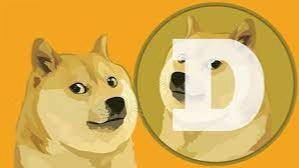 Everybody was hoping that doge will reach 1 USD after Saturday Night Live, nobody had thought just the opposite would have happened.
Dogecoin was in fame after the Tech Mega giant Elon musk backed this currency. Its value has increased by 10000% in early May and people were hoping that it could even reach 1 USD on Saturday. But Elon musk backed a little. He told people to be cautious of the cryptos and invest after studying the risks, this had led to the downfall of our beloved Dogecoin. The value of Doge has fallen by 31.2% in a single day. Now that's a big blow to Doge. Many people invested a lot in it blinded by the shine of the extraordinary growth of this currency but now are in huge loss. Doge is the biggest loser of today.
Reaching highest at 0.72 USD before the Saturday night live show, people were looking for it to reach 1 USD but quite opposite had happened. Just before the show, the doge sat at 0.66 USD but after that, the coin has fallen to dumps reaching 0.47 USD. Making a loss of 0.19 USD per coin. Today it has recovered a bit sitting slightly over 0.53 USD.
Still, people have trust in doge that it would recover and are buying it with the same enthusiasm.

What actually caused the decline?
The Saturday Night Live show cast member Michael Che asked "So, it(dogecoin) is a hustle?"
Elon replied, "Yeah, it is a hustle." And Laughed.
Well after this incident doge had seen a downfall.

Is it right to say that the father had killed his own son? Hope you understand my reference.

Can doge recover?
It is true that doge has faced a major setback but doge has potential. It is currently Holding the $th rank in the market of cryptos. Doge has the capability to rise back and though the target of 1 USD per coin has been delayed, it is not diminished. Many still believe that doge would be a better currency to invest in. Well, all these things would be cleared in near future after seeing the rate of growth of Dogecoin.