Nigeria is another country that I have studied intensely, along with Mali, Libya, Syria, Pakistan, Iran, Afghanistan, Sudan and South Sudan, Algeria and so on.

If you would like to read more of my articles regarding such topics, please see below:

The Battle for Mali!

Libyan Civil War - Why? Who?

Going back to Nigeria, on the 19th of August 2020, a terrorist attack took place in Kukawa region of Nigeria. The region itself is very problematic for the Nigerian authorities. It is close to the border with Niger, Chad and Cameroon. It is well known that most jihadists operate in this area, moving from one country to another, for safe heaven. The armies from all four countries do not have the capabilities to fully control this region. Thus, jihadi groups operate as they like. 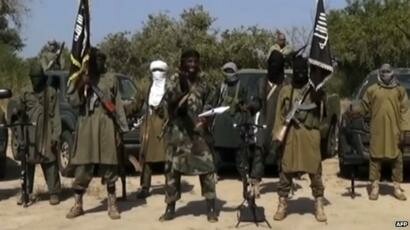 Basically what happened 6 days ago is that Boko Haram conducted an attack and killed at least 10 people and wounded and kidnapped more than 100. It was a heinous terrorist attack. Those people from the village that was attacked were just returning to their homes after being away for almost two years because of conflict-instability. Those people were Internally Displaced Persons/ IDPs.

All those people were escorted by the military and still Boko Haram had the capabilities to launch a successful attack. This terrorist organisation had been founded in the early 2000s by an Islamic militant named Mohammed Yusuf. Since then, the organisation managed to conduct hundreds of attacks and to kill thousands of people. They do not care who attack: children, schools, security forces, governmental officials, churches etc. It is the bloodiest terrorist organisation in the world, easily surpassing Al-Qaeda and DAESH. Boko Haram’s ideological goal is to introduce Sharia law across Nigeria. This is the same for Al-Shabaab, the deadliest terrorist organisation which operates mostly in Somalia.