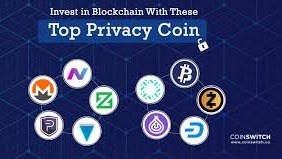 You'd rather not have your crypto balance in public? Meet these 5 privacy coins [A Guide To Monero, Zcash, PIVX, Dash and Deep Onion]

Governments, but also tech giants like Facebook and Google can easily take a look at your private life. They can find out where you've been, what you've done and which websites you visit. This has crept into society over the years, and we hardly think about it anymore. But privacy is still a very important right, perhaps more important than ever. This also applies to financial expenditure. Do you like it when your bank statements are shared online? That's probably not the case.

Bitcoin (BTC) was the first crypto coin with which you could pay for pseudo-anonymy digitally without a bank being able to watch it easily. However, developments in the field of privacy were not always quick at bitcoin. Partly because of this, a lot of privacy coins have been created to fill the gap.

But how private are privacy coaches anyway? The majority of crypto-copyright users know by now that with BTC it is relatively easy to trace and track transactions and wallet amounts. Bitcoin has therefore proved to be less anonymous than many people had thought and hoped for. You have to do your best to use the largest crypto coin anonymously.

The number of projects that focus on privacy continues to increase in the cryptocurrency market. Users are slowly becoming aware that most blockchains leave their transactions and data online. Of course, this is how bitcoin's blockchain works. Some people prefer more privacy when it comes to their finances. Not because they carry out illegal activities, but because they know that no one is following their activities, they feel safe. A side effect of this is that criminals also have an advantage.

Anonymous coins hide both the number of coins you have sent, received and possessed. At least that is the starting point. They are not traceable and cannot be linked through the transaction history via the blockchain. Moreover, they are decentralized in such a way that all nodes in the network have equal powers.

Monero uses a stealth address. This means that the recipient can receive multiple payments from a single address. At the same time he makes sure that there are no links on the blockchain between the recipient and the sender. Automatically creating a random one-time address for each transaction made by the sender.

Zcash uses a method called "zk-SNARKs" (zero-knowledge Succinct Non-Interactive Argument of Knowledge). At a basic level, zero-knowledge provides a way of proving that the information you send to the other party is correct. Without this information being shared.

Dash: Calling Dash a privacy coin is not entirely correct, but it is still useful to name him. Dash promises privacy by mixing it with a modified version of CoinJoin. A method originally created to "anonymize" Bitcoins. The features of Dash are similar to Bitcoin, because the blockchain is transparent by default and offers optional privacy.

PIVX is the first cryptocurrency with proof of stake algorithm to implement the Zercoin protocol. It provides anonymity and privacy features compared to other coins. It was created by a DASH-Fork and is an abbreviation for Private Instant Verifiable Transaction. The PIVX team marketed the cryptocurrency as a privacy coin and added a strike option.

Deep Onion is an anonymous cryptocurrency that uses the TOR network. The transactions are based on zero-knowledge proof technology to facilitate transactions and to keep all information related to them private. This is also used by Zcash. DeepOnion has also just released Meek and OBFS4 protocols. These protocols help to solve the problem of countries that block Tor access. It also uses a combination of Proof-of-Stake and Proof-of-Work protocols to provide fast confirmation times.

Who wins the technology race?

However, there is also a chance that developments in other areas, such as tracking technologies from secret services, will catch up with most privacy projects. This would mean that in the future, links could still be made that were previously not possible. Think of it as a DNA sample, years ago institutions could not do much with this. Today, a piece of hair that is 30 years old can provide us with all kinds of information. We can see what kind of ethnic origin the person is, but also whether someone has been to a location. We regularly see on the news that perpetrators of murder years after the deed itself are arrested by a DNA investigation. This could also happen with privacy coins if other techniques develop faster.

Now private, but for how long?

Because blockchain transactions are recorded, future law enforcement agencies can go back in time. See all the details of sellers and recipients, even if they don't have the tools to do so today. So the question is: Can the technology developed by the smart guys behind cryptographic currency improve faster to ensure privacy than the technology is developed to catch up with users? A never-ending battle between the privacy projects and the parties who are a little less concerned about our rights to privacy.