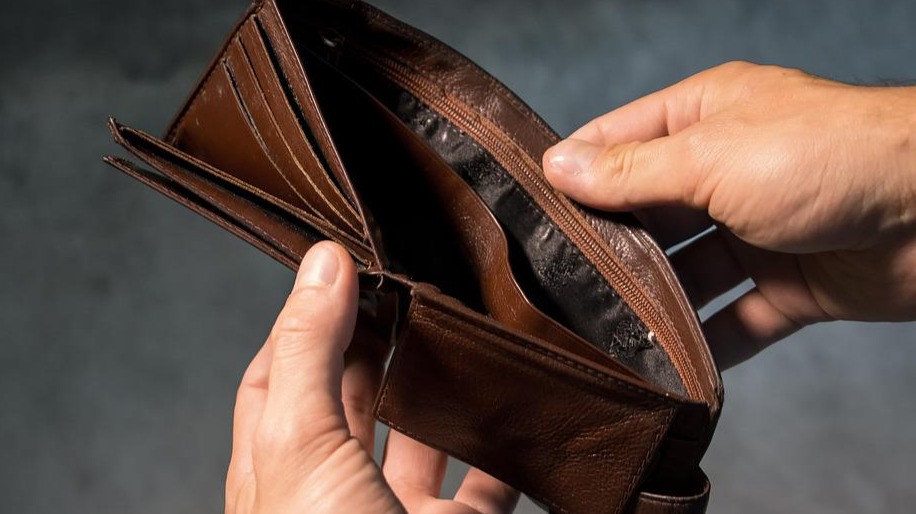 My friends, some days I wake up, look at the crypto news of the day, and restrain myself, just barely, from yelling, "Incoming!"

Of course I get on here and we exchange news and a few jokes, which is great, I love y'all and I absolutely love your wit in the comments, but sometimes when I look at the developments of the day... whew!

Well, it goes without saying that there's been a lot going on lately, what with Terra LUNA/ UST's implosion, Tron's USDD de-pegging, other stablecoins struggling to hold to the dollar, Celsius freezing withdrawals due to market volatility, Three Arrows Capital reportedly collapsing and leaving a whopping $666 million in debt to broker Voyager Digital alone, and now Voyager Digital limiting withdrawals because of its exposure to Three Arrows Capital.

It's like a giant tree falling in slow motion. As a crypto newbie with just about one year in this space, I am gonna confess that the fallout can be a bit jarring and some days, just for a touch, just before I slap myself awake, I wonder if my continued faith in and enthusiasm for crypto is misplaced. Then I wake up, get cleaned, and get right back down to it because I love it here and I am gonna HODL.

And so, here's a bit more of today's news:

Last evening, Voyager Digital announced that it may issue a notice of default to Singapore-based hedge fund Three Arrows Capital (3AC) if it failed to make a loan repayment by June 27th.

3AC is rumored to be insolvent as the firm has failed to meet margin calls from several lenders including Voyager Digital, BlockFi, and Genesis among others.

According to a statement published on June 22nd, the broker lent 15,250 bitcoin to 3AC as well as $350 million in USD Coin, loans which amount to $666 million altogether.

The company initially asked for a repayment of $25 million in USDC by June 24th and subsequently asked for the entire balance owed to be paid by June 27th.

"Neither of these amounts has been repaid," the broker noted, "and failure by 3AC to repay either requested amount by these specified dates will constitute an event of default. Voyager intends to pursue recovery from 3AC and is in discussions with the Company's advisors regarding the legal remedies available. The Company is unable to assess at this point the amount it will be able to recover from 3AC."

Well. Sometimes, my friends, a one word sentence is enough. By the way, can anyone tell me how to insert emojis? I was thinking maybe the two eyes would have fit in well here.

Recently, Voyager Digital secured a loan from Sam Bankman-Fried's Alameda Research because of this 3AC exposure. And  this isn't the least of it. In fact, as it proceeds in its quest to recover funds from 3AC, Voyager Digital is also taking other measures to protect its operations. Late last evening, the firm reportedly updated the customer support section of its website, reducing its withdrawals limit from $25,000 to $10,000 in 24 hours with a maximum of 20 withdrawals. Oh my.

At the time of this article, Zhu Su's last post on Twitter is dated June 14th with Kyle Davies not visible since June 9th.

Well, friends, what a to do.

And just as I'm about to sum up this article, get this, news comes in: CoinFLEX, "the home of crypto yield", is now pausing all withdrawals.

According to a press release  posted on its website today, CoinFLEX notified its users that "Due to extreme market conditions last week & continued uncertainty involving a counterparty, today we are announcing that we are pausing all withdrawals."

Of course the company went to great pains to assure users that the counterparty is not 3 Arrows Capital or any lending firm though users on Twitter are skeptical. CoinFLEX has committed to provide an update by June 27th, 2022 and estimates withdrawals may continue from June 30th.

And in other news, Binance CEO Changpeng Zhao has something to say about his exchange's position when it comes to bailing out failed or failing projects. His point of view, paraphrased, is that bad projects should be allowed to fail and the crypto community would be better for it in the long term.

In the blogpost, A Note on Bailouts and Crypto Leverage, Zhao noted that while Binance recognizes its duty to protect users and to help industry players, providing a bailout to projects should not be viewed as a binary position.

He said projects that are poorly designed, poorly managed and poorly operated are just bad projects and should not be saved. Adding that while it was regrettable that some bad projects had a large number of users because of "inflated incentives", 'creative' marketing, or pure Ponzi schemes, Zhao insisted, "Bailouts here don't make sense. Don’t perpetuate bad companies. Let them fail. Let other better projects take their place, and they will."

Friends, I am going to go out on a limb here and guess that Zhao may think that 3AC was a bad project. Just a guess, of course. But tell me, what do you think of all of this? And do you think there are the implications for DeFi overall? Please note that I am not criticizing the DeFi concept at all. I am simply seeking to open a conversation on thoughts about the impact that these developments may have had or can have for this area of the industry. So do tell because I'd love to know what your thoughts are.

On a bizarre side note, I shudder to say this, but do you know that TikTok dance that was making the rounds back in the day? The one to HipHop Harry's go, go, go, who's next? I can't help the fact that this song is just ringing out in my head at the moment because I do wonder, my friends, if there's gonna be a next.

And at risk of sounding obtuse here, these are definitely scary times, no doubt. I think one's risk appetite has to be really strong or, if you're like me, you've got to really believe in the future of this industry. And I genuinely do believe, guys. In my part of the world, we've weathered terrible and sometimes devastating storms, and we've endured terrible losses, but when the storms pass, we rebuild. And we look at the models of those buildings that stood tall in the face of maelstroms and cyclones and tornadoes, and we learn, because the next time around when we rebuild, we build better. Anyways, guys, that was just my soapbox moment and those were just my views, not to be misconstrued for investment advice.

And so, I'm off again. Until next time, please remember to be safe. We'll chat soon.