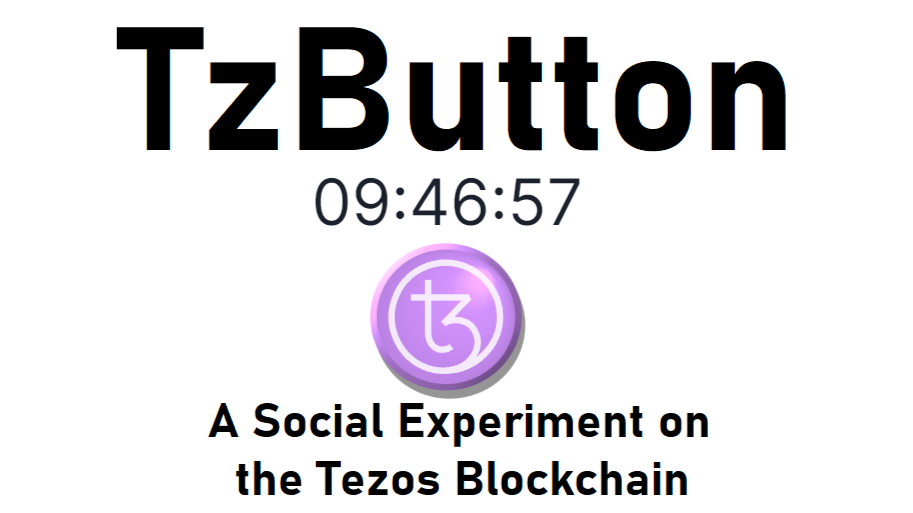 TzButton: A Lottery Game and Social Experiment on the Tezos Blockchain

TzButton is special type of lottery where people can deposit 0.2 XTZ coins into a pool and the last person to make a deposit before the countdown is over receives the entire pool.

The amount of time that is reduced from the new countdown is halved each time someone presses the button until the countdown is only lowered by a fraction of a second. If people keep adding more funds it incentivises even more people to join because the prize will be higher but with each new transaction the game lasts longer. This is the "social experiment" part of the game, because it’s every player’s greed that makes it impossible for any player to get the prize. They can only get it if people forget about it for long enough or if they keep adding money to the pool until the fractions of seconds lower the countdown enough which would take an eternity.

The developers of the TzButton game launched the smart contract to record and analyse the behaviour of the participants and they will likely publish their work on their website at some point in the distant future. They also partly built the application to show how easy it can be to launch a smart contract on the Tezos blockchain.

So far only one round has ever been completed with a prize of only 25 XTZ and currently we are still stuck in the second round with a pool of more than 1,100 XTZ. We have been stuck there for multiple months now and as the pool keeps growing we will likely have to wait a few years to finally see a very lucky winner.

TzButton is not a protocol with a lot of utility because of how long it actually takes for a game to be over but it is still kind of fun and interesting.