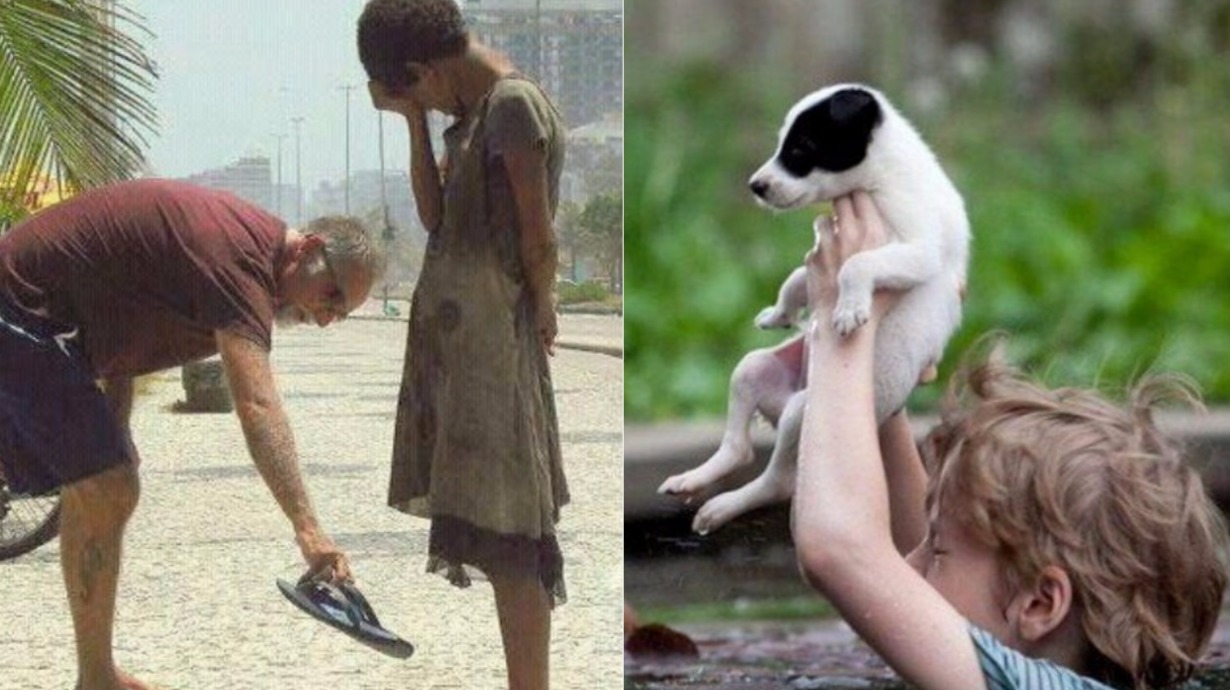 In today's world of innovation, we have witnessed the development of our world from plain and simple to well - developed and improvised things that made our work easier from our daily house chores to our livelihood works. Along with this, our behaviour also changes, we can read news and watch videos on YouTube and other social medias that new generation kids became meaner. Mean pranks, bullying & racism arises in much more serious cases, rapes, kidnappings, killings,terrorism and war. This makes me wonder does humanity still exist in this cruel world?

It is difficult question to answer since people could be kind to you because of their ulterior motives. We can never read someone's mind and when we read about crimes, killings, etc. on news and on social media, we'll get negative feelings but that's not the whole story. As a coin has two sides or all the fingers of our hands can't be of the same length, we can't expect every person to be equally good. Some show kindness because they are expecting a gift in return and some because of pure intentions and they pity others.

There's a tiny bit of humanity still prevailing on this planet, otherwise the human race wouldn't have survived. The fair line differentiates human and other living organisms are the sound sense of humanity.

Does Humanity Exist Within You?

Will you help others, despite of having your own problem?

Will you forgive the person who hurts you the most?

Can you forget the lie your love one told you?

Can you remain happy even after losing everything?

If yes, then humanity does exist within you.

If no, then just believe humanity exists and move on or try to change your mentally and be kind!