#ShowYourPortfolio Contest: My Portfolio of Cryptocurrencies, and Hows & Whys of My Current Holdings 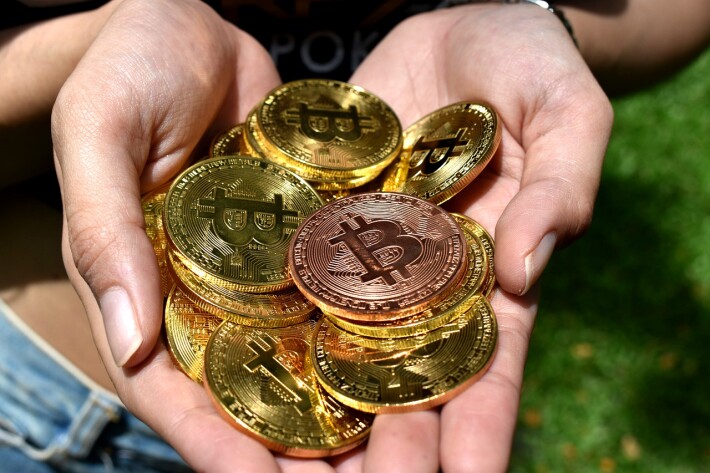 This post is an entry to Publish0x's #ShowYourPorfolio contest. However, I'm publishing it first on Steem for the privilege of my blog readers.

Although I don't consider myself an "investor" in cryptocurrencies, over the course of last couple of years, I happened to gather hundreds of crypto tokens ...a major chunk of it as some dust assets. I also became a bag holder of a few but perhaps that's how we learn. For over a year, I'm patiently waiting for the alt coin season to consolidate major part of my holdings into a few chosen set of crypto assets.

Therefore, it won't be possible for me to reveal my complete crypto portfolio as honestly speaking, I, myself, can't recollect the names of most of those tokens. But I'll certainly talk about some of my major holdings here.

No prizes in guessing that STEEM is my single biggest investment thus far and I hope, it always be that way for me. Although most crypto investors hold a major (or at least some) part of their investment in Bitcoin, I had never invested a single penny in BTC. Not that, I'm not amazed by the concept of Bitcoin but I feel that it has become an outdated technology by now. However, it will continue to perform well due to its high adoption rate but at some point, its market dominance will start to retreat and new age currencies will emerge and takeover.

Many will agree that there are several new and better coins with better technology, consensus and use cases. And I feel its my responsibility to support such coins and development with my investment. Today, most of my holdings is in DPoS blockchains and there is hardly any investment in a PoW chain except some ETH & ERC-20 project (as I expect them to move over from PoW soon).

STEEM is very unique and futuristic in many sense. Compared to BTC, the best features I love about STEEM are super-quick 3 second transfers and free transactions. These itself make STEEM superior to BTC but these features ain't even the tip of an ice-berg. Steem blockchain is the pioneer in creating a thriving social networking space over blockchain technology along with conferring power to reward newly mint STEEM to its community and distribute it among the deserving members according to thir contribution in the space.

Another strongest feature that is often overlooked is the creation of a crypto-backed stable cpin viz. SBD that makes fiat-like transactions possible with STEEM. With time, Steem blockchain is continuously evolving with a lot of development powered by its own community members.

As per StateoftheDapps, 77 dAPPS built on top of Steem blockchain are already listed there. Many more are functional and some are under development. About third of the top 20 dapps belong to Steem blockchain.

Blocktivity stats shows Steem blockchain in top-5 according to the number of operations conducted on this blockchain every 24 hours. Ratio of blockchain activity to market cap valuation is about 2,500 times that of BTC. This shows how much undervalued STEEM is compared to BTC. Thus I'm betting heavily on STEEM than on BTC.

ETH was the next investment for me after STEEM. I loved Ethereum much more than BTC due to its high utility as it made smart contracts possible over blockchain. But I couldn't hold much of my funds in ETH as most of those were spent for taking part in several ICOs. The major investment among those turned out to be EOS.

I found EOS to be a lot of improvement over STEEM as well as ETH. So I wanted to invest as much as I could there. Like Steem. transactons over EOS were free and took only half a second instead of Steem's 3 second blocks. As soon as the EOS mainnet went live, several dapps started building on EOS chain. Most of those dapps were gambling dapps. Online casinos over blockchain can easily prove the fairness and transparency of their operations. But they were struck with the inability to scale over Ethereum chain due to network congestion and GAS cost. With 0.5 second and free transactions, EOS solved all those. So I too participated in this new revolution by using my EOS to buy these new-age casino tokens. These tokens were entitled to earn the dividend from the casino profits daily or every hour depending on the dapp.

My understanding was that casino and gambling being addictive, this business is always going to thrive, come what may. But I was proven wrong. All those casino tokens had a very high inflation rate and were not suitable for a long holding. Although I received a good dividend initially, it soon declined as my holdings started to dilute with inflation in supply. Some of the tokens like BEST, FIGHT or NFT disappeared too while other established ones like BET, MAX, TOB, BINGO, BG, DEOS, TXT, EOSABC, MEV, PKE, RUN, POKER etc. dropped in their market prices by over 10 fold. No doubt, I lost lot of my EOS there but I do hold a little even today and would like to increase it again.

Noticing the success of gambling dapps over EOS, Tron and Steem chain too followed the suit and developed their own versions. So I invested a little in TRX too. On Steem, I invested in EPC token of Epic Dice to reap dividend. It's an open sourced DICE game and has implemented some innovative strategies to maintain the token prices. Even though I won't hold them for too long (I learnt my lessons on EOS) but I'm comfortable holding them until the first halving in its mining.

A day prior to the launch of EOS Mainnet, I was shilled heavily for IoTeX project and greed took over me. I diverted most of my EOS holdings into IOTX in the hope that I'll buy back EOS after earning a decent profit and making an exit from IOTX. But it was never to happen and I became a bag holder of IOTX. But nevertheless, I started loving this project and am willingly holding it. In fact, I'm planning to buy some more of it as its prices have reached to rock bottom now.

Another token I didn't want to buy but bought on someone's recommendation was QKC. However, I just made a small investment in it to check how my friend's recommendation goes like. QuarkChain team has not been fair and I would like to make an exit from it as soon as I get an opportunity for it.

There are some other tokens which I'm holding for short to mid-term but for long term, I'm gonna hodl STEEM, EOS and ADA.

Oh, I forgot to talk about Cardano. I don't know much about the project but I'm betting heavily on the academic credentials and reputation of the team of scientists behind it. Since it is still being developed, I somehow hope that it will be one-up in technology and features than third generation blockchains too. But I think they will take a little too long to deliver, so I'm considering ADA as a long term investment.

I hold some other coins like Achain (ACT) and Dragonchain (DRGN) and some DAG coins but not much of them. I hope some day these will be listed on some large Exchanges and will get a good jump in prices.

I'm not mentioning any temporary holdings based on some upcoming event or news or hardfork or mainnet launch etc. They shouldn't be termed as a long term investment anyway.

This post was also published on my blog on Steem here