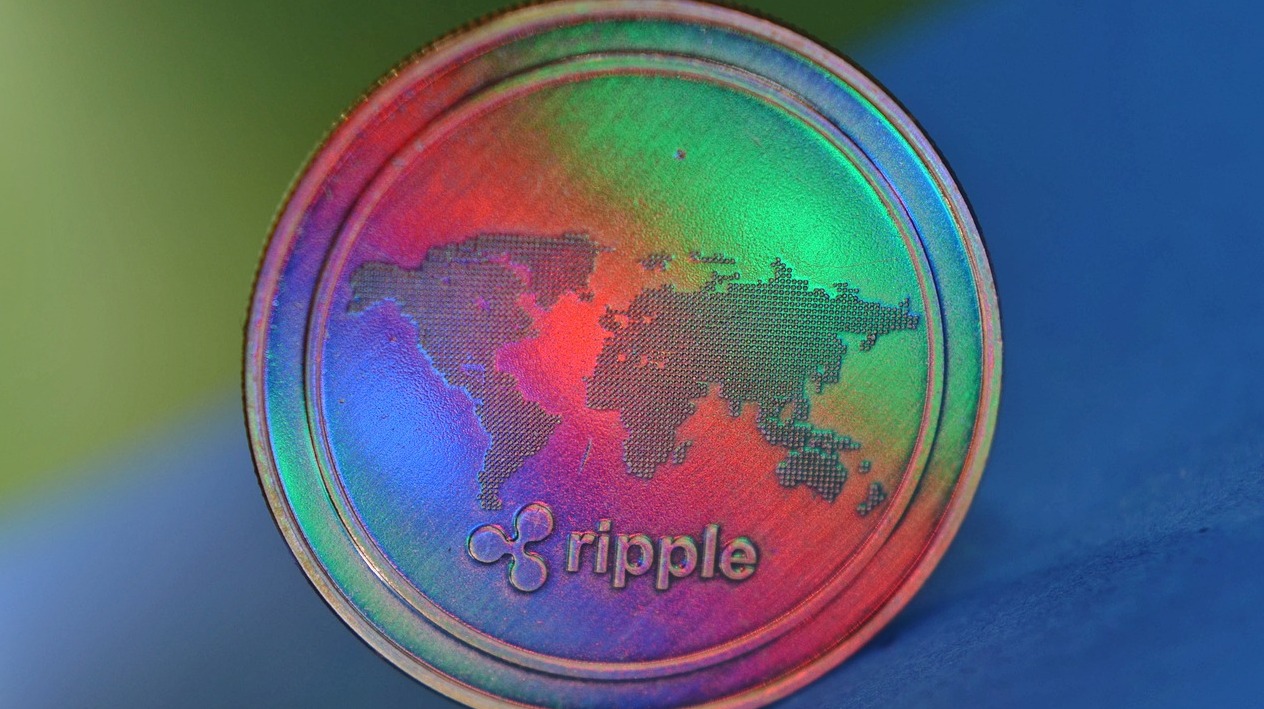 Today, I tackle a question that I find tough to answer myself. Not tough to answer because it can’t be answered, but because the answer is a little tough to swallow. That question is: Is Ripple’s network decentralized?

Anyone with a little experience of the cryptocurrency market will tell you that Ripple is not the most decentralized of networks. Hell, it’s a private, permissioned blockchain that is for profit. That should tell you enough, right?

But, if you’ve read anything that I’ve written, you’ll know that I am a staunch supporter of Ripple. I believe that both the business and technical team have created something truly revolutionary, capable of disrupting a major industry that underpins much of the world’s operations. Payments are inextricably linked to almost everything - after all, the wheels of the entire world are turned around by money.

Criticize that fact all you want, but what Ripple is doing has positive benefits for everyone involved: for businesses, which can cut down resource expenditure; merchants, who are capable of receiving a greater cut of the payment and instantaneously; and individuals, who can send money back to their families without worrying about the cost and time lost.

Now, cryptocurrencies and today’s blockchain technology come from a special place. It was born in the minds of those who strongly believed that today’s financial systems had several flaws that were effectively built-in. Centralized entities that were asked to be trusted for the execution of operations that were unavoidable for the common person to carry out their lives. Needed to store money somewhere safe? Go to a bank and hope that they don’t go bankrupt because of their crazy financial dealings. That was embedded into Bitcoin’s first block.

So you can see why people would turn their nose up against a Distributed Ledger Technology that isn’t fully sticking by the principle that drove the generation of decentralization network en masse. 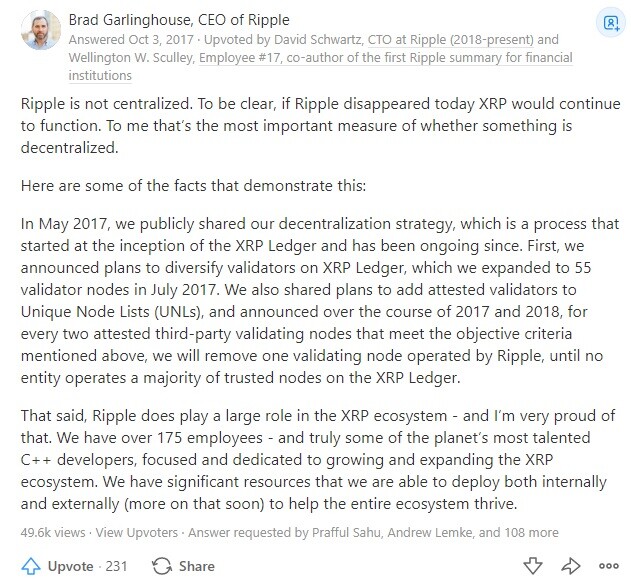 We have to ask ourselves an important question before we can determine how decentralized Ripple is: how does a network get classified as decentralized? It’s when an entity or a small group of entities have crossed a certain threshold of influence (or are capable of doing so), the implications of which mean that their actions cannot be undone or combated by others on the network. As if it is no longer a democracy and more of an oligarchy.

This may be a provocative statement, but Bitcoin too is centralized - to a slight degree, to be fair. Groups of miners come together to form mining pools to facilitate transaction validation. The fee for transaction validation can then be higher and all of the issues with centralized validation can apply here - albeit to a lesser degree. Similarly, updates to the Bitcoin protocol is handled and implemented by a smaller group of developers - though this is not so much of an issue, as any outrageous implementation can simply be ignored by users. It’s certainly more decentralized than Ripple.

Frankly, I think Ripple receives a lot of flak for its comparatively lower level of decentralization. The prominence and popularity of the token means that it’s in the spotlight more and it’s going to be held more accountable. This is an understandable reaction (even if exaggerated at times) and I’m all for those who hold influential companies and individuals responsible for their actions, which could really harm a lot of people. But Ripple’s official operators suit its particular B2B goals well.

With that fact in mind, we should look at whether Ripple’s private, for-profit and considerably strong influence on the network poses an issue that should have us worried. I do not think we should be worried.

It’s important to remember that the target here is mostly the B2B industry (i.e. the RippleNet). And as Ripple rightly says, full scale decentralization comes at the cost of transaction speed and scalability (and even cost) - two checkboxes that Ripple has effectively ticked off. Furthermore, XRP would continue to serve its purpose even if it were dissolved - as Ripple CEO Brad Garlinghouse has himself said, as can be seen in the Quora answer above.

Other Ripple executives have also spoken on this subject, as they would have had to, given that the uproar has been quite loud. David Schwartz, the Chief Cryptographer at Ripple, has explained how Ripple is decentralized and echoed the points that Garlinghouse made,

In my mind, there’s nothing to worry about when it comes to how Ripple has designed its network. For what it is doing, it is designed well and they seem wary of the skepticism of some investors.

Should Ripple ever prove to be crossing boundaries, you can be assured that investors, and myself, would be very much with the voices that oppose it.