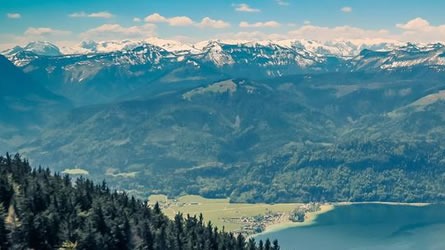 What is That Giant Sucking Sound?

tl;dr: In 1992, Presidential candidate Ross Perot said that NAFTA would hollow out the US economy. It’s happening… again.

In 1992, Ross Perot, ran for President against Bill Clinton and George Bush (41).

In many circles, he was dismissed as an irritant. Not only did he have a “redneck voice,” but he was a third party candidate and, naturally, everyone thought that their candidate would be hurt by Perot’s entry into the race.

Perot died a few years back, but perhaps his most enduring legacy is his prediction that, if NAFTA became law, there would be a “giant sucking sound” due to all the jobs going to Mexico and other cheaper places if, as he says in this clip, “all you care about is making money.”

Plenty of keys have been pressed about what NAFTA has or hasn’t done to the US economy. There’s been plenty of good, but plenty of not so good.

However, I believe that it’s difficult to argue that, on the surface, Perot’s prediction of a hollowing out of well-paying blue-collar jobs in manufacturing hasn’t occurred.

Maybe it would have anyway, but we’re on the other side of NAFTA now and he definitely called that part of it accurately.

From CNN in May…still relevant today:

The economy is in shambles but Big Tech stocks are on fire.

This isn’t news. We can all look at the daily stock charts (inflated by never-ending FED easy money).

Today, the sucking sound is in the FAANG stocks….pulling in huge amounts of investor capital of people looking for yield in this horrific economic environment.

The money continues to get concentrated and the purchasing power and heft of Big Tech and a few others, such as Gold, Silver, and (albeit more slowly) Bitcoin.

Meanwhile, governments continue to print money out of thin air, which is sent to many people who don’t have access to the FAANG, precious metals, or (sadly) crypto markets in any meaningful way.

The Next Middle Class Hollowing

The sucking out of the economic security of the middle class continues. First, it was the jobs. Now, it’s the savings and investments.

My assertion is that a disproportionate amount of the wealth is going to go to shareholders of Facebook, Amazon, Apple, Netflix, Google, (FAANG) and a few others like Microsoft and Tesla.

If you’re on a tight budget and even if you are dollar cost averaging into these stocks, you’re purchasing power is dropping. That’s hurting the middle class in the long run.

Meanwhile, in the short run (and eventually even more in the long run), the very value of dollars is being eroded in the form of stimulus checks and trillions of dollars of new money.

And I didn’t even talk about tax burden.

I don’t know if I’m right and I don’t know how this will play out. Plenty of people with access to capital, FAANG stocks, and more are feeling good right now on the financial side. The sad thing is that they are a relatively small, privileged few.

What’s less obvious is that it is coming at a societal cost that, like NAFTA, we may not see it play out for a while.

I just find it really interesting that so much value is being Hoovered (or should I say Dysoned or Orecked?) into greater and greater centralized entities.

I’m not alone in this concern.

Monopoly power was the subject of the recent congressional hearings (at least from the perspective of the Democrats, according to Ben Thompson.)

I’m going to read Ben’s article more closely before I dive into that side of the argument.