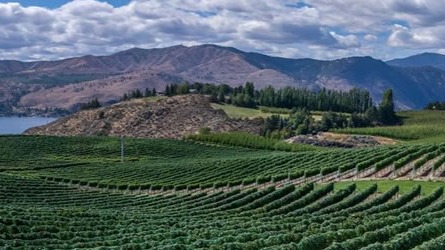 The Plummeting Cost of Capital Formation

tl;dr: As the cost of creating financial instruments plummets, wealth gets unlocked.

I’ve talked about the “Great Liquidity Unlocking” that will happen as the result of the rise of cryptoeconomic networks.

This came back to mind as I listened to a wonderfully inspiring podcast interview of Joel Monegro, partner at Placeholder, on the Bankless podcast.

If you are interested in thinking about the impact of the arrival of crypto networks at the highest levels, this is an episode for you.

It touched on things like the “unbundling of the nation state,” “governance competition” and the “instrumentation of different types of capital.”

Joel has an incredible ability to explain concept in ways that are both sophisticated and clairvoyant.

One of the topics that really got my attention was the idea that, thanks to the arrival of blockchains and dapps, the ability to create monetary instruments (i.e. tokens backed by smart contracts) to represent items was a game changer.

We’ve seen this in the NFT market, but Joel expanded it to things like “political capital” (which DAOstack calls “REP”) and social capital (which would be the rise of social tokens and creator coin services like Rally).

Another monetary instrument is ownership a corporation or organization, even an LLC. It’s not that it’s new, of course, but the cost of forming a corporation on chain is orders of magnitude lower than doing it “off chain.”

In the physical world, there is a ton of paperwork, legal fees, filing fees, etc. In the crypto world, you can instantiate a DAO (Decentralized Autonomous Organization) with a few clicks and a few dollars in gas fees. Plus, now DAOs are recognized as legal entities in Vermont and Wyoming, with maybe one or two others as well.

As the cost of forming organizations, representing capital, trading assets, and offering new products and services plummets, things that were previously impossible to “monetize” now become a form of wealth.

When we talk about democratizing access to finance, this is the kind of thing we are talking about.

There’s an entirely different blog post that could be inspired by this podcast about the changing forms of governance and the experimentation that is going on right now, but I’ll save that for another day.