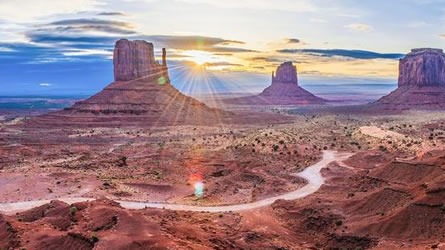 The Money in Your Closet

tl;dr: A new twist in a proven collectibles market means that TopShot could represent a watershed moment in history, as well as an opportunity.

We’ve all heard the stories about moms (and presumably dads) who have thrown away the baseball or football card collections of their kids when doing closet cleaning..

The sad part of the story comes later, when they discover that there was a rookie card for someone big like Mickey Mantle ($2.88 million) sent out to the trash.

And for the rest of us who left them behind ourselves?

The eternal feeling of “oh, I had one” or “oh, I could have bought one when it first came out, but no one knew they would be worth anything.”

Of course not, but that’s the game of collecting…and the opportunity.

The NBA Comes to Blockchain

The question some of us are asking is whether the new NBA TopShot series of cards will be a similar story in the future?

That’s because the real story here is that what TopShot has done is to take the alleged scarcity of trading cards in the physical world and combined it with the provable scarcity digital of the blockchain world.

I am having a difficult time embedding the cards themselves. ( a downer), but here’s one you can look at.

The impact could be big.

Why NBA TopShot Could Really Matter

Compared to other sites that sell “collectible cards,” what makes this offering different are many things.

The partnership with the NBA, however, is a big one.

In the bridge period between the atom-based economy to the bit-based economy, these signals of credibility are critically important for on-ramping new customers.

The team at Flow, a part of Dapper Labs and a group with whom I have had the distinct pleasure of working in the past, understand this deeply.

First, they knew that any product designed to facilitate mainstream adoption of crypto would get accelerated if it came along with recognized, trusted brands. The NBA certainly meets that criteria.

But that, alone, wouldn’t be enough. The consumer experience had to be fast and painless.

And it is fast. That’s because the Flow team understands not just the allure of brands, but the need for strong underlying tech.

After all, this is the team that launched CryptoKitties, the most important blockchain app in history after Bitcoin. They know the problems of Ethereum firsthand, so they spent 2 years building a new one.

With the Dapper wallet, you don’t have to worry about private key management or losing it. You use your email address as you would for any regular site, but only this time, your info is secured by a smart contract.

The point of all of this is that Flow has put together a fast, (relatively) easy-to-use, recognizable brand experience in a new way that is only possible on a blockchain.

I do dislike the credit card fees attached at the end, but that’s part of the toll on the bridge, I suppose.

I’ve bought a few packs for novelty and because, well, you never know.

I shared with my son and daughter the opportunity and, teenagers that they are, they asked, “what happens if no one else uses it?”

Yes, there’s that risk that you burn the money.

On the other hand, if you know for a fact that there are only 100 ever of this Spencer Dinwiddie dunk and you can prove that you have it, well, maybe one day….