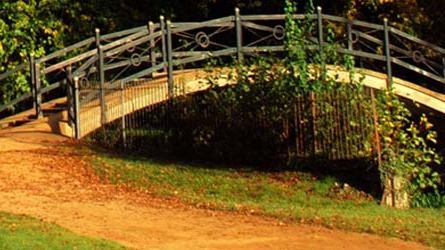 The Bridges to Crypto Wall Street

tl;dr: the mass transit routes in and out of crypto Wall street are getting built.

The so-called “DeFi Summer” of 2020 was the time when people discovered newfound capabilities such as “liquidity mining” and “yield farming,” leading to ridiculously high Annual Percentage Yields (APYs) in some cases and just much better ones in other places.

Lending protocols such as Compound, Aave, and Curve offered alternatives to dollar-based savings accounts in Traditional Finance (“TradFi” or “CeFi”) that were in the 8%-12% range.

Not surprisingly, a number of people transferred their USD into USDC or DAI and then deposited them in these protocols, where the yields were much, much better (albeit uninsured by FDIC).

However, as these protocols (and many other places such as Uniswap) gained in popularity, Ethereum, which was where the action happening started to become a victim of its own success and gas prices, the fuel for transactions, started to get higher and higher.

While Bitcoin may be “Digital Gold,” I’ve long called Ethereum “Crypto Wall Street,” thinking that it would be the decentralized place where one goes for lending, borrowing, and financial instruments of all kinds.

It turns out that this prediction was more accurate than I anticipated.

The exploding fees associated with using Ethereum have made much of DeFi, which was supposed to be the great democratizer, more akin to the actual Wall Street than many blockchain proponents might care to admit.

Because the cost of inserting a transaction into the blockchain is so high, DeFi services have become the domain of the super wealthy.

If you’re going to pay $100 in fees, which isn’t atypical, you’d better be in a position where it’s worth it…and if you’re doing a $200 transaction, it’s not.

Like Manhattan, Ethereum (and every other blockchain) starts out as an island.

As the cost of real estate in Manhattan increased, but the value of working there increased as well, it made sense for people to go back and forth. Hence the creation of bridges and tunnels.

I may be carrying the analogy to far, I don’t know, but the reality is that the bridges (and tunnels) in and out of crypto Wall Street are starting to get built.

What prompted this post originally was a video I saw from the Defiant about how to earn 20% yield on your cash by taking a “bridge” out of Ethereum and into the Anchor lending Protocol, which runs on Terra, another blockchain.

Now, to be clear, this process is not for the faint of heart or for the novice. There are a number of steps, but for anyone who has played around or participated in Ethereum’s “crypto Wall Street,” much of it will make sense.

Though there are “exit fees” in the form of the aforementioned gas costs when it comes to turning your ETH into UST (the Terra stablecoin) as well as sending it from Ethereum to Terra via the “bridge” (which I guess is kind of like a toll), the fact is that it can be done.

If the numbers are large enough and you know you’re getting a fixed 20% rate on your dollar-based savings, then some amount of fees as a percentage is going to be worth it (you can do the math).

The point is this…unless Ethereum dramatically improves the speed and cost of doing business, it won’t be able to handle all of the transactions that a globally decentralized financial system will require.

However, with the amount of “skin in the game” already, it’s increasingly unlikely that the protocol is going to go away (though always a possibility).

What that means is that bridges, roads, and tunnels (which may be the “Layer 2” rollups discussed here) are going to get built with increasing frequency and it means that the competitive landscape for “Layer 1” chains is far from settled.

One key component of the winning strategy for Layer 1 DeFi chains will be how easy it is for people to traverse the bridge into and out of crypto Wall Street.

Terra and Anchor have made it relatively easy and I think we’ll see a lot more of these to come, particularly as the yields in Ethereum start to come down.