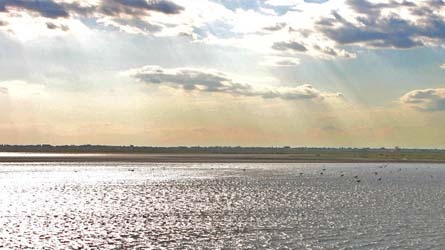 The Arrival of Digital NATO

tl;dr: the digital world is dividing like the analog world. Only this time there’s an alternative.

it is important to develop a set of international rules on data security that reflect the will and respect the interests of all countries,

This move came in response to the US + 30 other nations creating/expanding the “Clean Network” program to, in the words of Secretary of State Mike Pompeo,

[a] comprehensive approach to guarding our citizens’ privacy and our companies’ most sensitive information from aggressive intrusions by malign actors, such as the Chinese Communist Party (CCP).

Let’s be clear…the CCP IS an aggressive and malign actor so something had to be done.

And that “thing” was the Clean Network.

It’s essentially the digital version of NATO with the Chinese playing the role of “Warsaw Pact.”

That things are playing out this way should not be surprising.

We’ve talked about it here last November in The Third Tech Stack and the Digital Cold War. Ben Thompson did a far better job of explaining this in India, Jio, and the Four Internets.

Data is the new oil, the world’s most valuable commodity, and protecting citizens from data theft (as GDPR attempts to do in the EU) is part of the “providing for the common defence” ensconced in the US Constitution.

As I wrote in “Why Crypto Gives Us Wings,”

You can’t go through the Great Firewall of China, but you can fly over it.

Admittedly, it’s not easy, but it’s doable with things like VPNs and, more importantly, P2P networks.

Today, you can get out of these government imposed data reservations and participate in a version of the Internet that is both open and trustworthy (since it is outside of the control of anyone government).

We’re in the early stages here and it’s not like crypto is perfect (at all), but we have a the beginnings of a way for people to do a trusted data exchange without government intervention.

They will do this…but only if they believe and trust that it’s not going to be censored, surveilled, or manipulated by third parties.

One of the leading, if not the leading, solution for offering trusted (i.e. ‘trustless’) data exchange in a global network is Ocean Protocol.

I’ve written about them about multiple times and have a small amount of tokens so I have some skin in the game. I’m a huge fan and need to spend more time exploring the project.

I haven’t read Trent McConaghy’s (the CTO) latest post Ocean Datatokens: From Money Legos to Data Legos yet, but when I do, I suspect it will be further evidence that the world has a choice today that it didn’t have during the Cold War.

Maybe the Digital Cold War doesn’t have to be all cold if we can all just get along by playing nicely in the Ocean together?