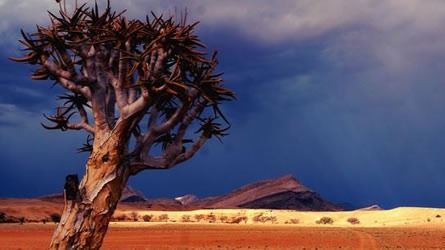 tl;dr: how much of modern macroeconomic theory is premised upon restrictions to financial liquidity?

I was very reluctant to start reading The Deficit Myth: Modern Monetary Theory and the Birth of the People’s Economy.

My deep biases for crypto, hard money, and Austrian economics made me think that I would just be offended by the concepts presented by Dr. Stephanie Kelton, one of the leading proponents of MMT.

I touched on this in January in “Peak Fiat” and a few other posts.

However, I was persuaded by a friend that it was less than open-minded of me if I willfully ignored it. Further, he added, “you need to know what the other side is saying.”

The Deficit Myth Is…

At the moment, I’m about 60 pages into it, but I’m starting to get the gist.

At a high level, she makes some really good points, the biggest one being that the government has to run a budget in the same way that a household must is ridiculous. That’s the myth.

Governments issue currencies. The rest of us are just currency users. There are many consequences to that but the biggest one is that we need to abandon the idea that we “can’t pay for something.”

We can always pay for whatever we want…as long as we print more money. It’s not difficult.

Unless inflation kicks in…and then it’s a problem.

The Premise of MMT

My biggest issue with the theory so far is that it is premised upon the idea of monetary sovereignty, that a nation has control over its money. For most countries, this doesn’t work. As Argentina or Zimbabwe about that.

But for a few rich countries, it will work according to Kelton.

As far as I can tell, she just assumes the USD has global reserve dominance as a God-given birthright for all eternity which means there are literally no limits to what can be spent. This concerns me from a historical perspective. My other, and possibly bigger, issue with the theory is that it really feels like “centralized planning” by another name.

As the government spends more and more, it becomes the entity through which the “winners” and “losers” in the market are chosen.

In its extreme scenario, you get to a Bulgaria situation, where highway construction projects are sliced up into sections, so that contractors can each get a piece of the pie. It’s all political (or just corruption) at that point.

Even if corruption is limited, it feels like Kelton has overconfidence in the government’s ability to “provision” itself in a way that will yield maximum, or even optimal, societal benefits.

That is a whole lot of build up to the thought that I originally wanted to pursue this morning (and the title of the post). That’s the section of the Deficit Myth I was reading last night.

Kelton was explaining the history of the Federal Reserve and its dual role of maintaining inflation and pursuing full “natural” employment.

I actually enjoyed this part of the book as she questioned the ideas of how things are being done today by suggesting that, as a society, we are punishing a few percent of the population by keeping them unemployed so that, for the rest of us, inflation can be kept under control.

She calls them sacrificial soldiers in the “war on inflation.”

These “naturally” unemployed people are there because, at some amount of unemployment (say 5%), it just becomes increasingly difficult to connect the buyers of labor with the sellers of labor.

This is the “slack” in the system.

I haven’t really thought about this too deeply, which is why I just chuck it up here on the blog, but it made me wonder if economic “slack” is really just another way of saying barriers imposed either by regulatory bodies or costs of moving money around.

As my 12 year old daughter says, every conversation I have ends up with a conclusion of “that’s why you need Bitcoin and blockchains” and this one is no different.

Look, there are undoubtedly scenarios where some people, no matter what, are unemployable.

But there are scenarios where, if we remove regulatory agencies (disintermediated by a public blockchain that is transparent and verifiable and thus universally auditable) and lower the costs of moving money around (disintermediating checks, visa, etc.), we can remove slack and even lower unemployment.

No Matter What, Economic Reassessment is on the Menu

But I’m WAY out of my depth here and just throwing ideas around.

I’m not sold on MMT yet, by any means. It feels like it is really a strong step on the Road to Serfdom.

However, I have to admit that there are some interesting lenses on how to think about macro-economics in there that are worth pondering.

We’re living in “unprecedented” times across the board. Economics is notoriously the “dismal science,” so it’s worth hearing all of the viewpoints out there.

More to come on this, I’m sure.