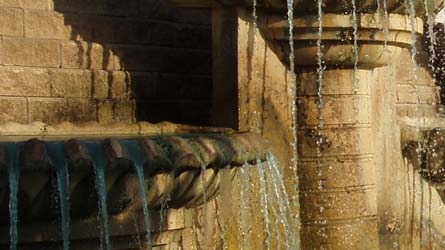 “I want Bitcoin because it’s stable”

tl;dr: how perceptions change over time because of consistent execution

One of the most powerful elements of building a brand is consistency.

If you just show up on a regular, predictable basis for a long period of time, you build a perception of reliability.

Whether it’s a blog that gets published every day or a “wine of the month,” consistent performance makes an impression.

This is one of the secret superpowers of Bitcoin (and other chains as well), even tough Bitcoin doesn’t care about PR.

Every 10 minutes (basically), a new block is mined and added to the Bitcoin blockchain.

And it makes an impression.

“I want to retire some day.”

A few days, I was sitting (physically distanced, of course) on the back porch of a friend’s house.

There were a few other people there, only one of whom is even remotely interested in crypto.

One of the others turned and said to me, “I need you to tell my husband to buy more Bitcoin.”

“Wait, what?” [this doesn’t happen nearly as much as I would like!]

“Yeah, I’ve been telling him for a while now that we need to get more Bitcoin.”

“Well, I thought you guys had a little bit already.”

“Why do you think that you need more Bitcoin?”

“Look, I want to retire one day and I want our money to still have value. Bitcoin has been around for a while. It’s stable and secure. We need more.”

I looked at the one other “crypto-friendly” person on the porch, with my mouth wide open, while practically falling out of my chair.

“This may be the first time I’ve ever heard someone lead with ‘secure and stable,’ when it comes to Bitcoin…but it won’t be the last.”

The Lindy Effect in Effect

Back in June 2018, in Keeping Perspective on the Evolution of Crypto, I quoted the CFTC commissioner:

virtual currencies may – will – become part of the economic practices of any country, anywhere

It’s not an overnight migration. It’s millions of little conversations like the one I had on my friend’s back porch. Slowly, one by one, people change their minds.

Now, thanks to the Lindy Effect,* the life expectancy of Bitcoin is increasing.

The Lindy effect is a theory that the future life expectancy of some non-perishable things like a technology or an idea is proportional to their current age, so that every additional period of survival implies a longer remaining life expectancy.[1] Where the Lindy effect applies, mortality rate decreases with time.

Ten years ago, Bitcoin was only for criminals.

Today, it’s viewed by some as a secure and stable way to plan for retirement.