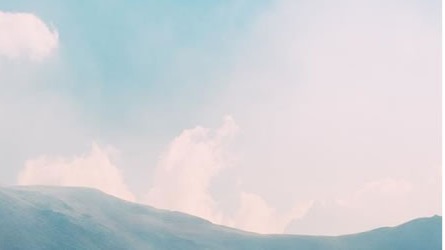 How LinkedIn Makes it Easier to be a Biased Recruiter

tl;dr: LinkedIn may be the top place for recruiting, but it’s hiring interface facilitates bias and is out of step with a decentralized world.

As it’s the largest site for professional networking, I’ve put a fair amount of money into advertising the job post on LinkedIn. While the job description that I wrote may be sub-par, so far I have been very disappointed with the process.

What’s worse is that the interface for LinkedIn hiring makes it easy for my unconscious biases to come into play and reduce my ability to hire with diversity in mind.

Out of Touch with a Remote World

The biggest complaint I have is that LinkedIn forces me to place an ad based on a city. Why?

I literally do not care where the person lives as long as they have a reliable Internet connection.

Yet, LinkedIn forces me to identify a city where I will place the ad and then gives me the option to select “Remote available.” The result is that I am forced to place multiple ads in multiple cities and just guess where I think the talent is.

But that’s not fair, because the talent is everywhere and anywhere. All I want is someone who can prove they can do the job.

If you think in terms of “Jobs to be Done”, mine is “find a great marketer no matter where on earth they live.” The current model may have worked in a physical-first world, but is out of step with the direction of the economy.

Sure, it makes LinkedIn more money, but that’s not my primary goal.

There’s a story about how, after the advent of “blind screening” for orchestras, the number of women performers still didn’t move that much.

After some research, it was discovered that the judges sitting in the audience could tell if it was a woman or a man in the blind screening by the sound of the high heels walking across the audition stage.

My question is: why?

When hiring, I’m not interested (initially) in the person’s name or what they look like, I want to know “can they do the job?”

The most relevant information about past job performance and potential fit for this role is hidden under less objective elements. This invariably leads to (unconscious) discrimination. And probably some conscious as well.

Low Quality CV’s and the Consequences

I don’t know the cause of this one, but I was astounded when I did the following criteria on the first pass

I went through nearly 150 applicants just looking for “Proof-of-Work.” Were there ANY numbers at all to support the claim of being “results-driven?”

Yep, 7 people out of 150 bothered to put any numbers in their bios to support their position. Ok, fine, whatever.

Six of them, however, were white, male, long-time tech veterans.

Believe me, it wasn’t that the pool wasn’t diverse. I didn’t track it all, but there was a global, multi-ethnic, multi-racial, and gender diverse initial list of 150.

But when I said “ok, who can prove any type of track record?” there were only 7.

I have NO idea why this is the case and it’s far from a scientific study, but I found it troubling.

I mean, I literally began this process thinking, “I REALLY want to hire someone who has a very different background than I have in order to complement the team” and yet, here I was, finding a similar set of candidates.

There could be hundreds of reasons for this and it’s just one anecdotal data point, but LinkedIn failed me in terms of getting this job done.

What I don’t understand is why this is the case?

Why doesn’t LinkedIn do more to help people present themselves more effectively?

That may be asking too much, but it’s on my mind.

I am sure there are companies all around the world trying to crack the code on the “future of recruiting and hiring.” PrimeFlow is one of them. There are others.

Given all we have been through this year, I suspect more companies will have a “remote-first” hiring mentality and a desire to hire more diverse candidates.

If LinkedIn wants to stay on top in terms of value, not just money (though that is a short-term), they are going to need to do a better job of meeting these changing needs.

Sorry for the sensationalist headline. I was feeling a bit aggressive. And hey, that’s how click-bait works.