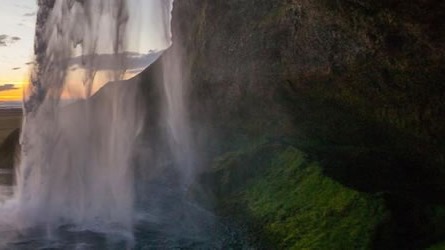 First, Kill All the Lawyer (Work)

One of Shakespeare’s more famous lines is from Henry VI, “First thing we do, kill all the lawyers.”

It’s cliché and a line known to all lawyers, but it came to mind when I was listening to a webinar called “The Future of DeFi” put on by one of the leading VC firms in crypto, Pantera.

Their guests were the CEOs of Risk Harbor, a provider of crypto insurance (but not as good as Nexus Mutual ;-), and Notional Finance, a provider of fixed yield products.

As they went on, one of them (don’t remember which one right now) had a really good way of describing the impact of blockchains and distributed ledger technology.

Roughly paraphrasing, it was “these technologies help remove a lot of the tax that lawyers impose on transactions.”

He’s right about that.

All of those “terms and conditions” that we “accept” and pretty much every commercial transaction entail some sort of contract, which is fine.

The challenge, of course, is creating contracts that are clear for both parties, enforceable, and fair.

Enforceable Means the Use of Force

The cost comes from the enforceable part.

If you think about the term “enforceable”, and look at its definition, the word “force” is right in there. It’s the act of compelling someone to do something against their will.

Today, as you know, the only way to “enforce” a contract is to go to court and then have the legal system (with the ultimate ability to try and compel someone to do something through imprisonment and seizure of assets), force one party to do what it is supposed to do.

However, as we all know as well, getting to that point is time consuming and costly, very costly.

Even small claims court is time-consuming and costly.

Those costs are anticipated by parties in advance and, in many cases, prevents commerce from happening because one party is concerned about how to ensure the other will do their part OR it raises the cost of the transaction because lawyers have to be retained to write the contracts.

This happened to me recently, in fact.

I had been working as an advisor to a start-up for over a year and, as I read the contract we signed, I was entitled to some amount of compensation in the form of equity at the end of the year.

The CEO of the start-up, however, claimed that I didn’t meet the terms of the contract, so he wasn’t going to pay.

So, what was I supposed to do at that point?

It wasn’t a large enough sum that it was worth my time, effort, and resources to try and get it “enforced,” so I’m screwed.

Lesson learned about that one on many levels, but it brought to mind the Pantera call.

What crypto does, for a slew of transactions, is translate the “if this, then that” which make up all contracts into binary code.

These are “smart contracts.”

At the end of the term, either 1 or 0 happens. There’s no debate.

You may not like the outcome, but your costs of adjudication have gone from high to basically 0, because there is no adjudication. The outcome is binary, not gray.

That’s not to say that ALL contracts will live in smart contracts, but it is to say that a hell of a lot of them will and that’s going to DRAMATICALLY lower the cost of doing business for existing commercial relationships as well as enable an entirely new set of relationships that couldn’t have happened when the friction associated with lawyers prevented.

Ensuring you can trust the code is another function, but you’re not going to need someone with a Bar exam and a law degree to help you with that one.