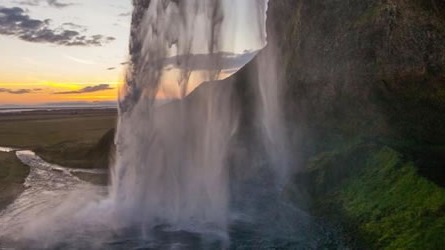 I have been watching the evolution of the Central Bank Digital Currency (CBDC) space for some time now. They are clearly coming in multiple economies around the world.

What is also abundantly clear-to me, at least- is that the arrival of CBDC would be a horrific step in the direction of financial totalitarianism.

As the head of the Bank of International Settlements said explicitly, “A key difference with the CBDC, is the central bank will have absolute control.”

I am of the opinion that money is a form of expression and speech.

How you spend it, as long as it stops in the same place that speech does (i.e. “Your Liberty To Swing Your Fist Ends Just Where My Nose Begins), is your business, not the banks’.

CBDCs would change all of this, while crypto assets empower people to control their own money, spend it as they see fit, and take it with them as necessary.

If you don’t believe me, ask the Ukrainian refugee who was able to start anew thanks to Bitcoin.

The Decline of Fiat

A friend of mine, who used to work in the White House and is a former Senate-confirmed appointee to a high-level government post, asked me:

“Aren’t you concerned about the fact that, in a Bitcoin world, the US will not be able to levy sanctions in the way that it does today against Russia?”

“The ability to levy sanctions,” I replied, “comes directly from the fact that the US earned the opportunity to be the global reserve currency for the past 80 years.  This right came through a combination of military might-winning WWII-and having the most robust, trusted, economy in the world.  That position, however, is not an entitlement. It is something we need to earn repeatedly by continuing to demonstrate that the US Dollar is worthy of being the global reserve currency.

“The US is not losing that position because of Bitcoin. We’re losing that position because we’re doing it to ourselves through our inability to control our spending and by relying on the Fed to monetize our debt. The arrival of Bitcoin-and other crypto assets- just means that people now have an alternative. For a country that supposedly believes in free markets and competition, you’d think this would be welcome.”

Inflation as the Wake-Up Call

Back in March, 2020, at the beginning of the pandemic, I wrote a series of posts on my personal blog explaining that the Fed’s relentless money printing would lead to inflation (interestingly enough, the version I put on Facebook was taken down by their “fact-checkers” for violating community policy). So, it’s blown my mind that, it took a year (or more) for the inevitable inflation that comes from non-stop “infinite” money creation to get acknowledged by the masters of the global currencies.  And it angers and infuriates me that the same people who screwed it all up are somehow being trusted to fix it.

The fact is, that they can’t fix it.

They can patch it. They can put band-aids on it, but the erosion of the current central bank paradigm is inevitable, as is the erosion of the USD as the premier global reserve currency. It may take a while, but “currency change” is as real (if not more real) than “climate change.”

Those who are most threatened, central bankers and the top reserve currencies that rely on their ability to print money and export inflation to less wealthy countries, know it.

And they have known about it for a few years, which is why you get misinformation from such esteemed organizations like the World Economic Forum that said, in December 2017:

Not only was that wrong, it was misleading, because today, instead, you get headlines like this:

And it’s why El Salvador has made Bitcoin legal tender, with others sure to follow suit, particularly after they saw what happened to both Russia and Ukraine. Countries will want to avoid having to pay for Congress’ financial incompetence as well as improving their national security.  That will only happen with a non-sovereign, censorship-resistant, global, decentralized asset class.

So, now we have a situation where both countries and individuals recognize that there’s a better, safer way to protect their wealth and, well, when that happens, the erosion of trust in the USD continues.

The Empire Strikes Back

Naturally, the “powers that be” won’t be content to disappear into the sunset.  There are plenty of people and institutions-like the BIS, IMF, and World Bank, not to mention the US government- that stand to lose because of the arrival of the crypto assets.

That is where CBDCs come into the picture. They will be offered up as a “better, safer, more trustworthy asset class than the ‘risky’ Bitcoin and others.” Some will fall for this ruse, until there are enough examples of ‘cancel culture’ moving from social media to your assets.  If you are on the right side of the financial powers, you are ok, but what happens when you’re on the wrong side?  Ask the Canadian truckers what that is like.

The global financial economy is over $400 trillion, and that does not even include all of the wealth that will be generated in places like the metaverse and through the arrival of new technologies such as 5G, quantum, and nano, just to mention a few.

Bottom line, if you are along for the ride, you are looking at a market that will grow at least 200x over the course of the next decade or so.

Like horse and buggy manufactures facing the car or newspapers facing the Internet, bankers and governments will put up a fight. But they will lose.

CBDCs are an attack on individual financial liberties to protect the power and wealth of a select few.

It is just a question of how many people will be hurt along the way as that battle is fought.