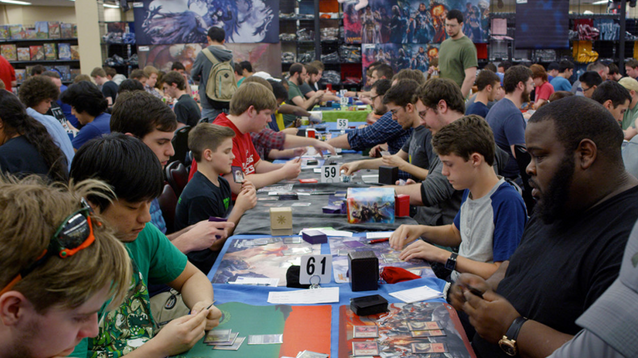 Before I start this post I would like to thank you for all those who use my referral like at the end of every post to play splinterlands.  Especially to @darklaido whom I will return the favor of sending these cards to you. Hopefully they can help you excel in the game.

Almost two decades ago I was a TCG in Pokemon and Yugioh. This was when I would be visiting my local comic book store almost every other day to interact with other TCG enthusiast. I went on amassing over a thousand cards and had close to three binders filled with cards. I was both a collector and a gamer. I never really did well in tournaments or competitions so hence favored more of the collecting of the cards. I loved collecting more than playing as I relish the time holding on to my priceless 1st edition cards and basically staring at them for hours a day. In the end I had drop off the face of the earth in regards to TCG once I went off to college and my nearby comic store.

My Humble Beginnings in TCG

What made me started playing was my cousins were tournament champions in their respective stores. We lived between states so could only play on the weekends but when we did it would be hours of discussions on strategies and ideas. The cost of the packs were expensive considering all our allowances were put into the cards. My cousins were also Magic The Gathering (MTG) players but it was too steep for my pockets even back then. Still Pokemon and Yugioh were as competitive as they can be.

The Times with TCGs

There were a lot of hurdles to deal with when playing with TCGs. Preparing for card games and spending the time to protect the physical conditions of the cards were time consuming. Then there was the traveling from home to comic store or convention center and bringing along the cards. There were times where I regretted not bringing a card where down the road of a match I knew I should have taken it. Then there were the days when snow or rain was feared as I sheltered my card through transportation from home to event and back. There was a lot to worry about with stealing too. Strategies to avoid stealing was making custom binders and de-mark my card protectors so that they could not be replicated. People did a lot of swap outs and replacing with cheap or fake cards.

Now the Digital Age of TCG! Splinterlands/Steemmonsters as I recently picked up on playing is very similar to those old fashion physical cards TCGs except most of the playing, planning, and trading cards are all done via electronically. The interactions with people is still there but is not the same as face to face. Yet somehow Splinterlands manage to do this so well that it got me hooked.


Splinterlands benefits on the convenience of playing and trading. All I now have to worry about is protecting my steem authorization key. No need for physical storage or addition cost to protecting cards. I remember spending hundreds just on pocket sleeves and card binder sheets. There is also the ability to show cards and look through them on a database whether on steemmonsters or peakmonsters.com.


There is no waiting time on seeing your other people's card collection too. You would be able to know if they were lying if you check their username. As in Yugioh I remember people were exaggerating about their own collection of special event cards collected when later they admitted they were lying to save face in front of their opponents.

I sense the same enthusiasm and build up of a great game in Splinterlands as it was in Pokemon and Yugioh. As time passes forward and Splinterlands continues to be updated and grow in card options I think it will be as big as those name brand physical cards games. It is still a wait and see mode but in the mean time I am going to stay seated in my living room couch and battling on Splinterlands until my DEC bar drops below 50% :p

START PLAYING THE GAME NOW. CLICK ON LINK BELOW.