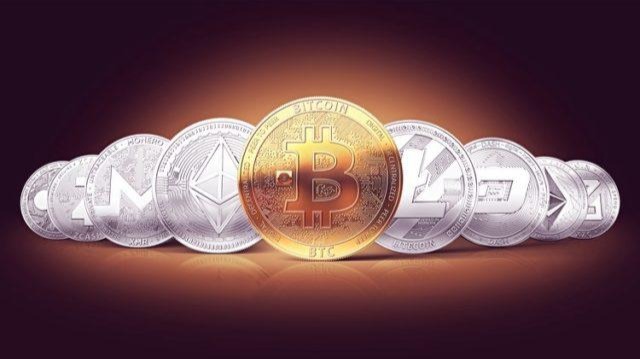 Will Bitcoin give Altcoins a chance to open their season

Since May 14, the Bitcoin dominance index has been falling along the downward resistance line and is starting to show signs of a reversal. However, while the index remains under this resistance, the trend will be considered bearish. 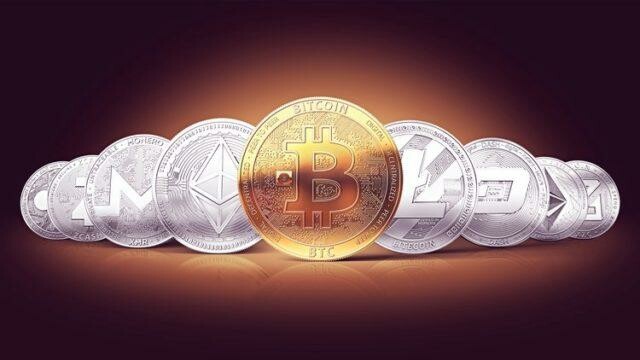 Trader @TheEWguy, a popular in the crypto community, specializing in Elliott Wave analysis, recently told his readers that he is leaving altcoins because the Bitcoin Dominance Index (BTCD) is signaling an upcoming growth, at least for a short time.

Indeed, this assumption is not without foundation. On the one hand, the BTCD index has been steadily declining since May 14, moving along the line of downward resistance, and since the beginning of June, the pace of this decline has accelerated. However, now on the chart you can see certain signs of a reversal.

Although the market formed three lowering lows, the RSI indicator in response set higher lows, which is considered to be a signal of bullish divergence. This may lead to an increase in the index to the nearest resistance area by 65.4%, which coincides with the line of downward resistance.

However, in order for such a reversal to occur, the BTCD index would probably make sense to first decline to the important support area by 64.4% and only then try to break through this resistance line, as well as the aforementioned resistance area.

As long as the price moves along the line of downward resistance, we will not be able to regard the current price dynamics as bullish. 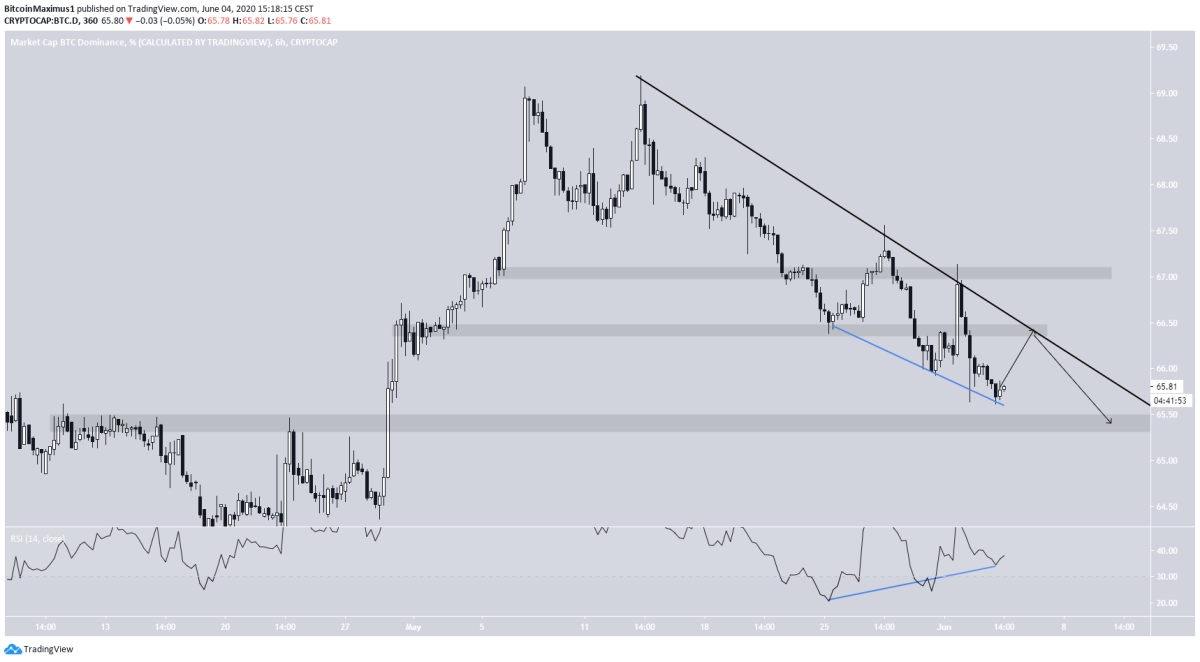 On a longer term chart, you can see that BTCD is trading in the range of 68.4 - 52.4%. In July 2019, the market made its bullish breakthrough, but then returned to the range again, confirming the resistance line.

Until the price recovers above the resistance area of ​​68.4%, this may mean that BTCD remains in line with the downtrend and will gradually sag in the direction of 52.4%.

A breakdown of this line of resistance is possible, but the bulls will also need to break through the line of downward resistance and the numerous areas of less important resistance, which we have indicated above.

Accordingly, despite the likelihood of a short-term rebound, BTCD is likely to be in a longer-term bearish trend. 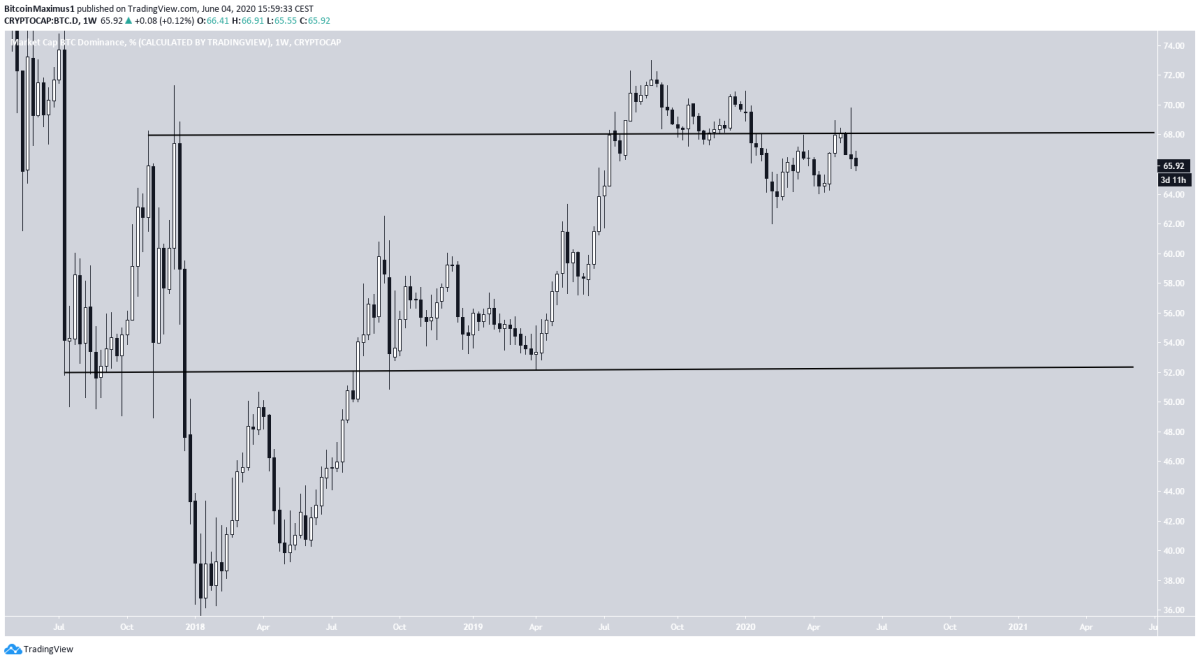 Thus, the Bitcoin Dominance Index (BTCD) may make a short-term rebound, but in the longer term, its dynamics will remain bullish until the market makes a bullish breakdown of 68.4%.