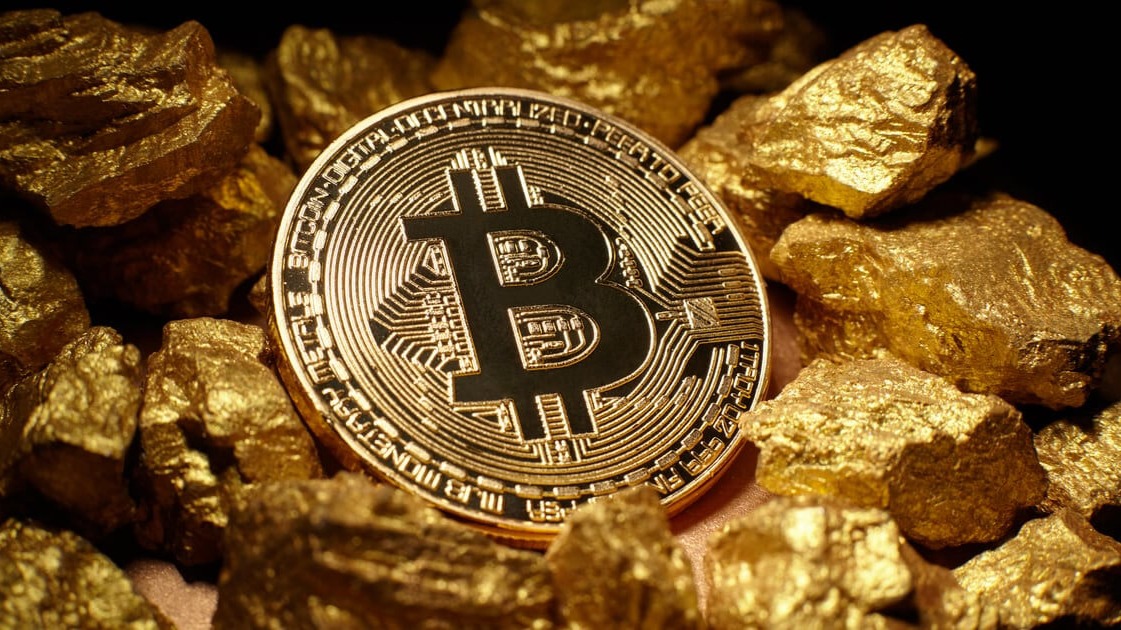 Why Bitcoin May Be Better Than Gold

Comparison of the dynamics of prices for gold and bitcoin leads some members of the crypto community to think that in the near future Bitcoin may be more successful than the precious metal.

The reason for this comparison was Bitcoin's bullish breakout of the $ 12,000 mark and the recent profit taking in gold.

Recently, the markets have been actively analyzing the correlation of the price dynamics of bitcoin gold. Even such mainstream heavyweights as Bloomberg experts have recognized the existing connection between them. Both bitcoin and gold are now considered store of value, in which investors seek protection from global shocks and inflation.

However, now analysts are beginning to speak more actively about the fact that divergence may again be outlined between assets, and in favor of bitcoin. Thus, PlanB, a popular trader in the crypto community, shared a chart showing the value of Bitcoin in gold: 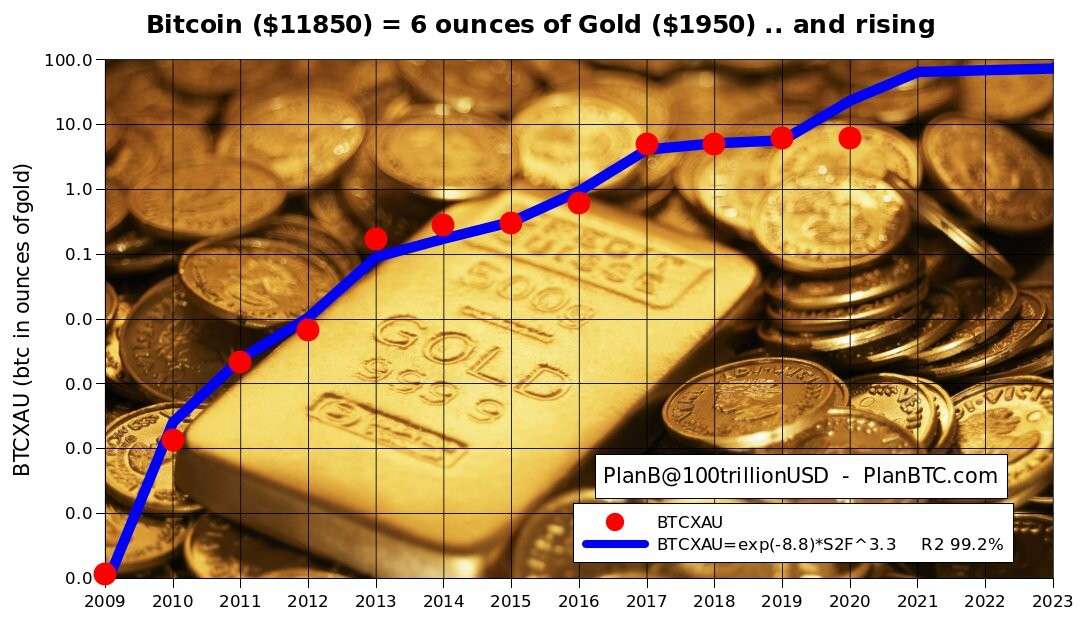 “If we take the US dollar out of the equation, then 1 BTC = 6 ounces of gold, and this figure is growing,” he commented.

He was supported in the comments by another crypto enthusiast, The Moon. He noted that the USD is now not the best measure of value, since it itself is getting cheaper. Perhaps, he suggested, over time, bitcoin may prove to be a more reliable measure of the value of gold.

It's worth noting that this isn't the only Twitter post of this kind. Entrepreneur and investor Raoul Pal also believes that bitcoin and gold are currently on an unequal basis. He gave a graph according to which, in the short term, gold will be cheaper against Bitcoin: 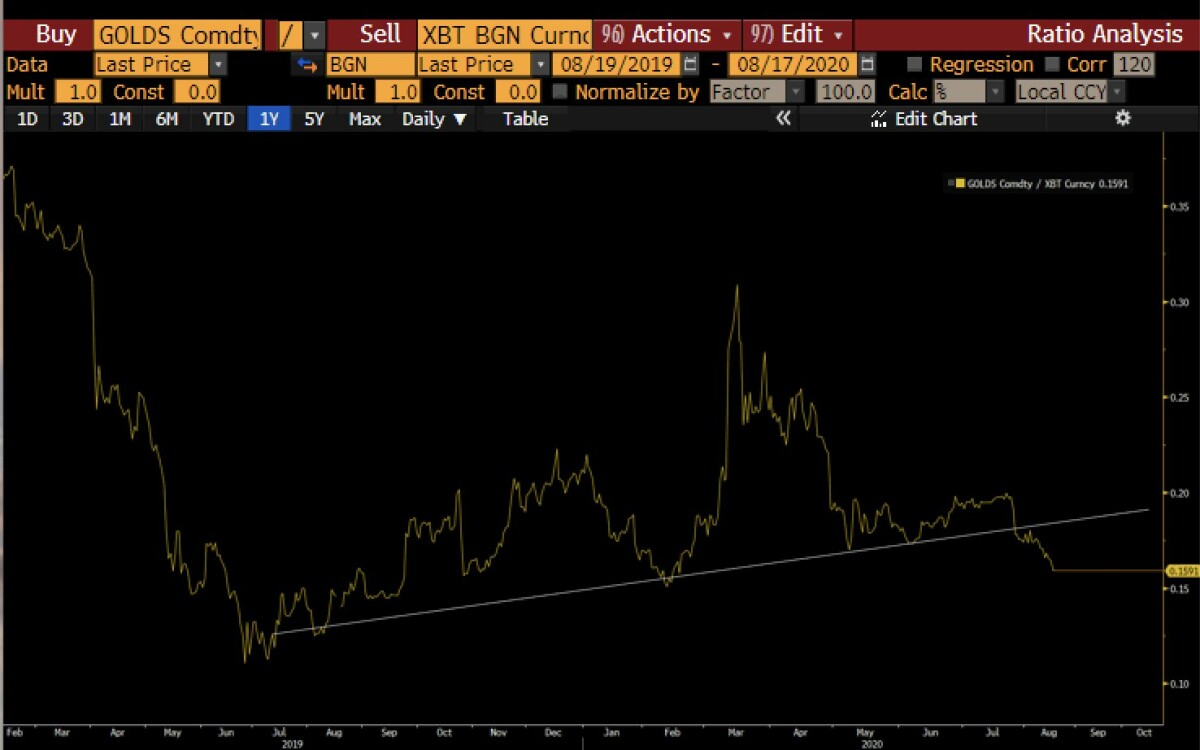 What is the peculiarity of bitcoin

Gold traditionally strengthens in times of crises or panic in the markets. Meanwhile, the Bitcoin situation looks more confusing. He has repeatedly demonstrated his dual nature. Some time ago it was considered to be a high-risk speculative asset and to track its correlation with the stock markets. It still periodically moves in tandem with the S&P 500 index, thus breaking away from gold. 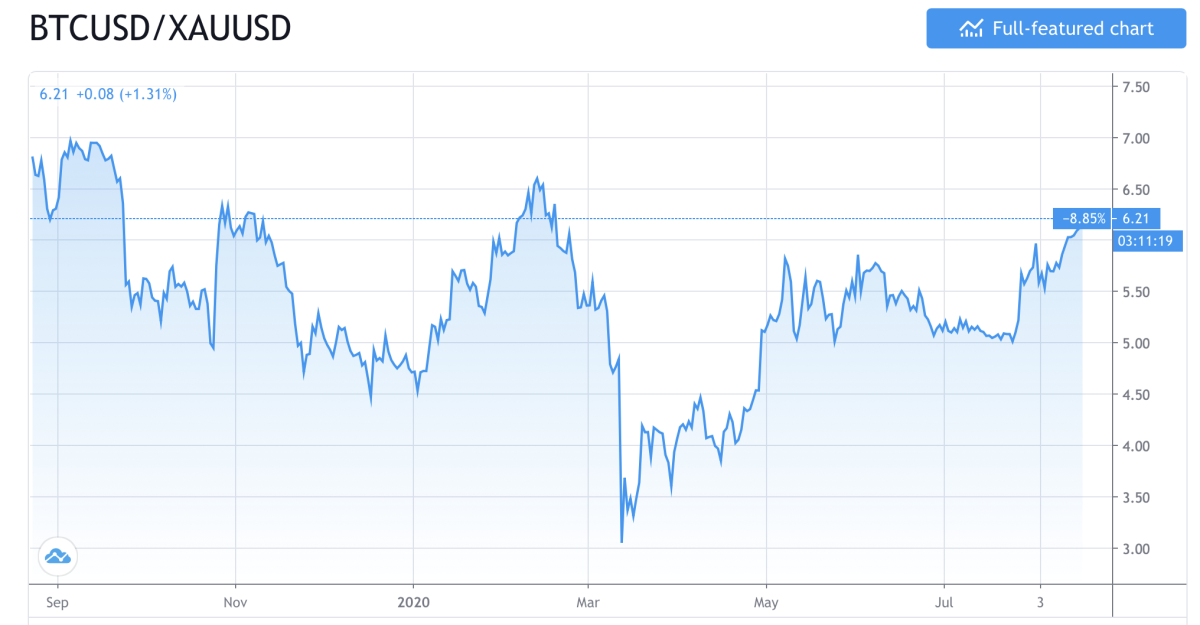 An important difference between bitcoin and gold is the fact that BTC, despite its still weak mass adoption, still has real market value. He is a means of payment. This adds investment value to it during periods of calm markets and dying risks.

On the other hand, bitcoin is an independent, decentralized currency. It keeps itself apart from fiat means of payment, issued by the state and controlled by it. This adds investment value to bitcoin as a defense against economic crises and inflation.

This duality can play into the hands of cryptocurrency during periods of both stability and crises. Bitcoin may follow the rally in gold - but when gold starts to roll off recent highs, BTC may find other reasons to hold onto the top.