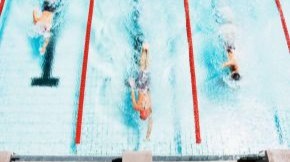 Crypto race: the most profitable and unprofitable assets in February 2020!

After an impressive start to the year, the bulls released the gas pedal, and a correction occurred in the market that began in mid-February. As a result, the last month of winter was mixed. Bitcoin again fell below $ 9,000 and pulled some cryptocurrencies along with it. In fact, this was the first February correction since 2014, when Bitcoin depreciated by more than 30%. Despite this, some altcoins continued the January rally, as if nothing had happened. 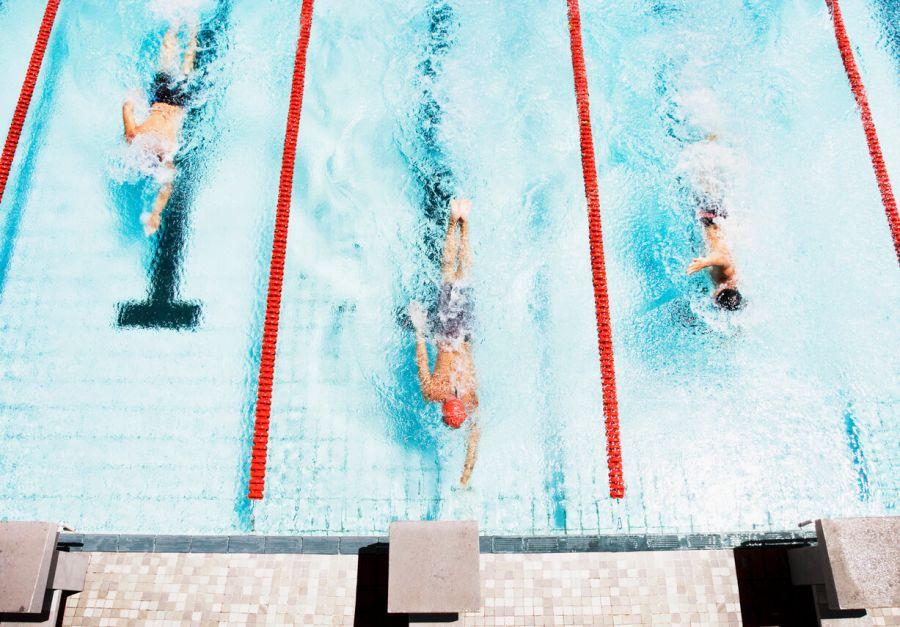 The effectiveness of the top 10 coins in February 2020 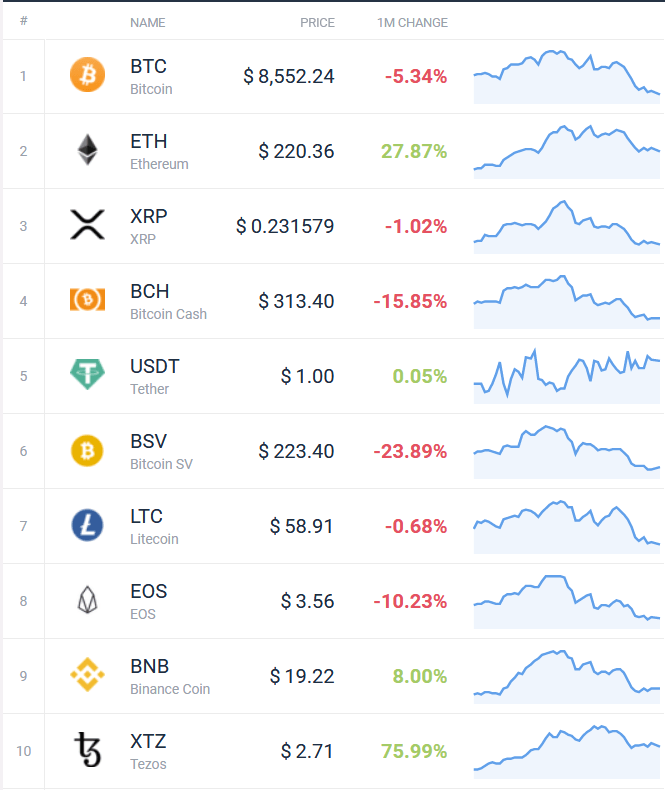 Although most of the leading coins have lost some of their market capitalization, Tezos (XTZ) was a real discovery with a growth of 76%. Thanks to such a jump, the coin entered the top 10 assets, having displaced Cardano (ADA) from the list. XTZ market buyers have been active since December last year and did not ease the pressure even during general sales.

The Ethereum token (ETH) followed the example of Tezos and also completed the month with an increase (+ 27%). And the last asset that ended February on a positive note was Binance Coin (BNB), although the percentage of its price increase was significantly lower (+ 8%).

On the opposite side of the list are Bitcoin (BTC), Bitcoin SV (BSV) and Bitcoin Cash (BCH). BTC lost more than 5% of its value, and its forks BSV and BCH depreciated more significantly (-24% and -16%, respectively). A two-digit correction was recorded on the EOS market (-10%). 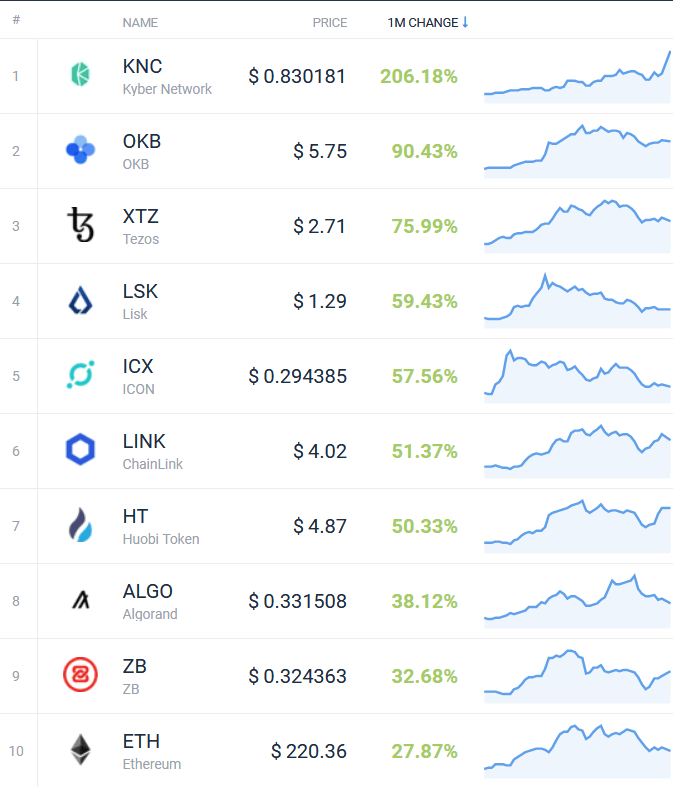 The top 50 largest coins have a lot of more expensive assets, but Kyber Hetwork (KNC) has clearly become the opening of the month. The team of this open-source crypto project has ambitious plans for 2020, and not so long ago, a token was added to the Coinbase crypto exchange. These factors supported the rally, as a result of which the KNC rate soared at a whopping 206% per month. 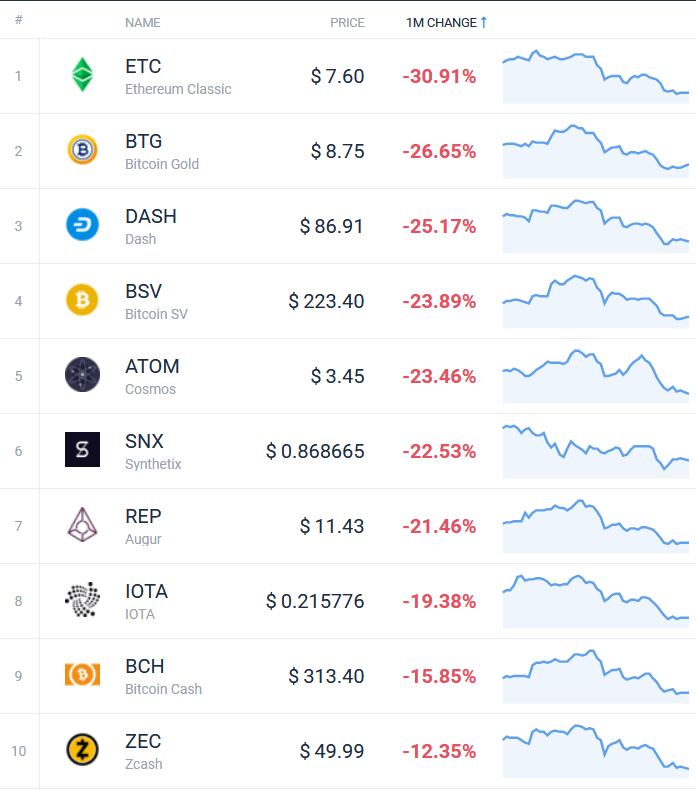 As for the February losers: Ethereum Classic (ETC) depreciated more, a 31% dump was recorded. Behind the ETC is the Bitcoin Gold (BTG) asset with a 27% drop and Dash (DASH) with a 25% correction.

In addition, February was a bad month for investors Cosmos (ATOM), Synthetix (SNX), Augur (REP) and IOTA (MIOTA). The latter network is still in limited functionality mode after breaking the Trinity wallet. However, this token is still being sold on crypto exchanges.

Profitable / unprofitable assets from the top 100/200

Considering the top 100 coins by market capitalization, it should be noted that February turned out to be an excellent month for Power Ledger (POWR), which has risen in price by more than 125%. In addition, AION, Chiliz (CHZ) and Bytecoin (BCN) also grew by more than 60%.

The losers of the month, not counting the previously mentioned crypto assets, were Zcoin (XZC) and Swipe (SXP). Both assets depreciated by approximately 37%.

If you expand the list to the top 200 largest digital assets, it turns out that in the last month of winter, many tokens have risen in price by more than 100%. Crypto Verification Coin (CVCC) tops the green list with an exponential jump of 178%. In second place is the Hedera Hashgraph (HBAR) token, which has risen in price by 160% after the news of partnerships with Google Cloud. Other members of the Club 100% + included Standard Tokenization Protocol (STP), Reserve Rights (RSR), and ORBS.

It remains to consider the list of losers in the top 200: no other coin has depreciated more significantly than the Molecular Future (MOF). MOF fell by more than 60%. The price of Educare (EKT) fell by 33%, and the asset Enigma (ENG) completed the month 29% lower than the opening price on February 1.

That was February 2020. It is interesting what the long-awaited calendar spring will bring. 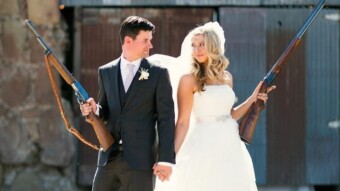 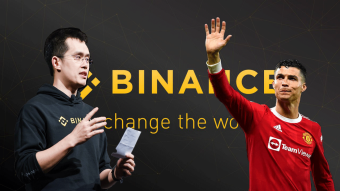