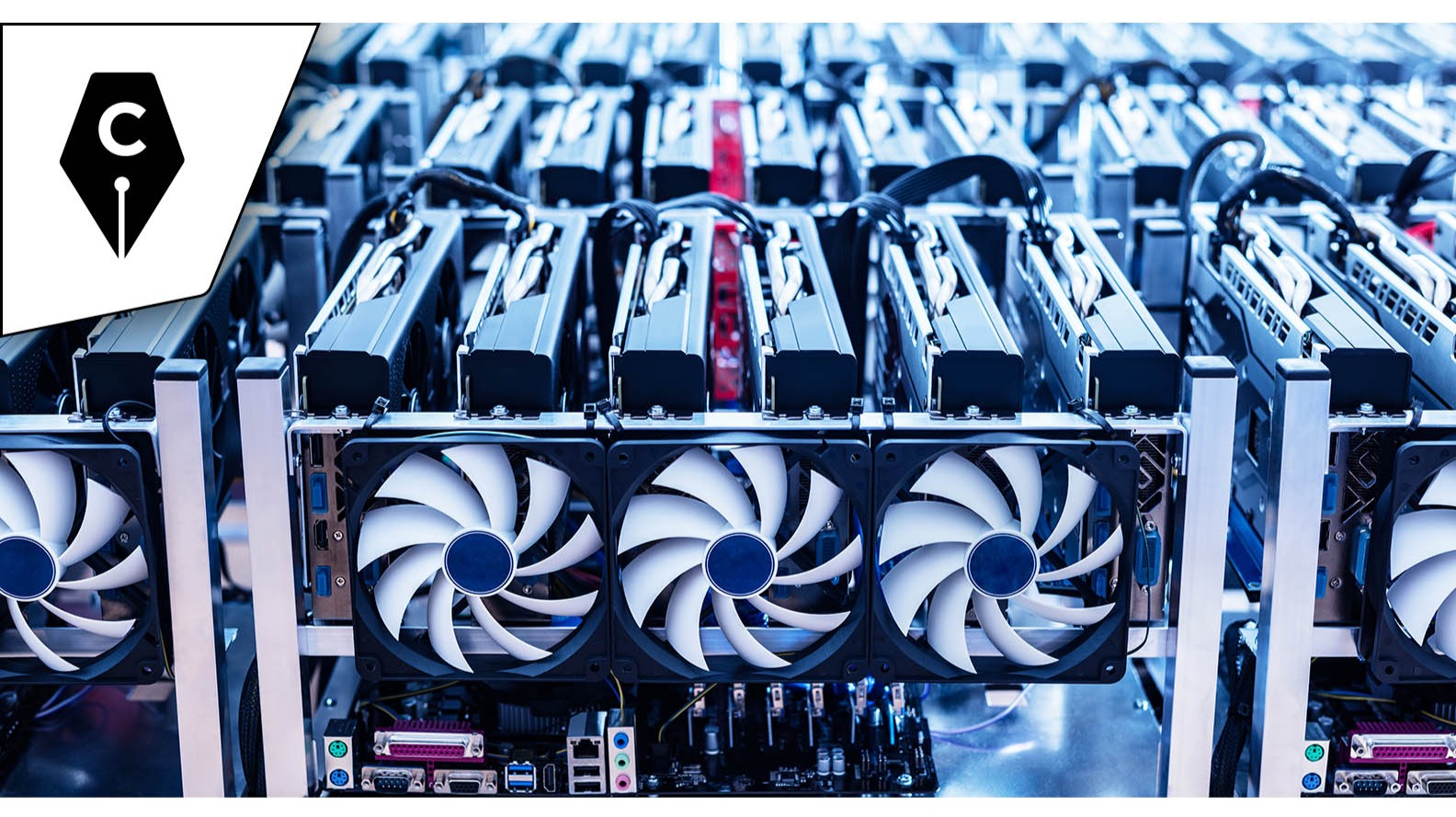 You may be wondering, “What is a scalper?”  If you are thinking of the type of person who buys concert tickets that sell out immediately and then illegally sells them for several times their retail value - you’re on the right track.

Investopedia defines a scalper by saying, “A scalper, in the context of market supply-demand theory, also refers to a person who buys large quantities of in-demand items, such as new electronics or event tickets, at regular price, hoping that the items sell out. The scalper then resells the items at a higher price.”

In short, what is happening is that scalpers have been and continue to buy out all the best tech hardware at new and reasonable retail prices the moment they become available through the use of trading and notification bots. Scalping is done manually to a lesser degree.  While scalpers target anything that will make a quick profit, it is primarily graphics cards (GPUs) under siege.

According to the PCMag article “Scalpers Have Sold 50,000 Nvidia RTX 3000 GPUs through eBay, StockX,” by Michael Kan, scalpers had already put out an estimated 61.5 million USD in sales, with an estimated profit of $15.2 million before the end of January 2021, and this is ongoing.  The result is countless disappointed PC gamers, graphic designers, potential miners, patched hardware, new hardware that is less efficient, and changes to retail websites to help block bots and maybe even retail scalping laws.

Consequently, manufacturers cannot keep up with production demand, especially during the COVID-19 pandemic.  NVIDIA is hardware patching future 3000 series cards to be inefficient for Ethereum mining and releasing their own mining hardware, the CMP HX series, which are dedicated devices exclusively for mining.  The patched 3000 series GPUs will not perform nearly as well as the current 3000 series GPUs.  You can find more information on NVIDIA’s nerf-job in the AnandTech article “NVIDIA Nerfs Ethereum Hash Rate & Launches CMP Dedicated Mining Hardware,” by Ryan Smith & Dr. Ian Cutress.

In comparison, an RTX 3090 has a hash rate of 121 MH/s at 290 watts, which is very reasonable in terms of how much money you can make, north of $13 USD per day with Ethereum’s (ETH) heavily congested markets and high gas/gwei prices for tx’s (transactions) that pay miners.  The new CMP 90HX, the highest model of the CMP HX series only pulls in 86 MH/s at 320 watts, which clearly illustrates that the profit per power ratio leans in favor of the 3000 series cards, including with lower model comparisons.  I considered buying a GPU from a scalper to avoid the wait, but I couldn’t bring myself to reward someone for unethical behavior.

It has been nearly impossible to find a good deal on a graphics card for a PC for several months now unless you’ve had some god-tier lucky timing on Best Buy or knew someone with a connection.  Best Buy is doing random sales drops, and they have discontinued selling any high-grade GPUs in-store entirely.  Additionally, they have limited purchases to one per customer account with a physical pickup while enhancing anti-bot securities to help with this process.  Despite these efforts, the GPUs sell out faster than a medium-gas fee Ethereum transaction during drops, often well under a minute.  Cheers to those who obtained one the retail and ethical way; I haven’t been so lucky, nor has anyone I know.

The worst part isn’t with people such as myself who already have a sufficient GPU to last a while, but more-so with aspiring gamers and multimedia developers.  I run on renewable energy and could mine in clean conscience if I was so inclined.  I’m not; currencies that require mining are power-extensive, inefficient, and are horrible for the environment when mining through traditional power sources.  Miners deliberately go for the cheapest power they can find, and despite conjecture on the internet, the majority of it is not clean or renewable.

Now, I can’t say I’ve never flipped hardware for profit.  I often fixed old computers and would be selling and buying parts on eBay for repairs and upgrades quite often.  Scalping is also applicable to both the stock and crypto markets.  In that respect, I have been scalping Uniswap (UNI) in the crypto market for quick and easy gains for a long time now.  If you see me as an enemy of Ethereum, you have me all wrong.  I am an enemy of high transaction fees - and I would be quick to be loyal to ETH again if they become capable of fulfilling their long-overdue promises.

Due to the fungibility of typical cryptocurrencies (equal trade value, can be traded endlessly with no UNI being unique), this has not been damaging to Uniswap.  It likely stimulates their market stance even further, especially during the pumps leading into the Uniswap v3 release, which I wish I could be excited about. However, gas fees are still the core issue with Ethereum and its ERC-20 tokens, such as UNI or Basic Attention Token (BAT).

I love Brave Browser & Basic Attention Token and am utterly heartbroken to witness the browser and token be subjected to ETH’s gas fees, and I have a lot of earnings in lock-up.  I can only imagine how well these currencies would be doing without that hindrance, and it would be a massive help to the dApp, smart contract, and general population if Layer 2 is solved and gas becomes a non-issue.  Cross-chain dApps have seen complications due to this lack of resolution, as well.

I see this “scalper problem" resulting from people in the cryptocurrency community who cannot wrap their heads around the fact that we don’t need to mine or use a lot of power to use cryptocurrencies, in combination with typical grifter greed.  With old cryptocurrencies that refuse to evolve, it’s a common issue with scalability.  It is not a problem with many newer ones, such as Nano and EOS.  Nano remains my favorite currency to date as it is infinitely scalable and has free, instant transactions - but not for dApps or smart contracts, which is where Ethereum used to thrive and still holds the king title.  EOS remains the best substitute, in my opinion, with some other worthy competitors.

Binance Smart Chain (BSC) is doing some great things, and what few people know is that BNB’s BEP-20 token is -an Ethereum ERC-20 based token- yet it does not have the high gas/gwei fees seen in other ERC-20’s.  So, clearly, Ethereum’s system COULD work if miners weren’t so greedy and developers were more willing to hard fork with competitors to solve the problem. Ethereum’s scalability issues are a gold-mine for these scalpers & miners - how much are those fees benefiting you or your projects?

Greed is driving all angles of this problem, including theft.  Scalpers seem to stop at nothing for gains, including ruining little kid’s Christmas and birthdays - or sacking their parent’s bank accounts to pay the scalper fee.  The same scalping behavior is being done with the latest Playstation and Xbox consoles, damaging the console gaming world along with PCs, leaving my nephew stuck with an older Xbox while I am stuck with an older NVIDIA GPU.

Even worse, it is teaching our youth horrible behaviors.  The 3000 series MSRP values are incredibly generous in response to AMD’s advances with computer processors (CPUs) and graphics cards over the last year or so. Usually, this oligopoly (economic term when an otherwise monopolistic market has a few competitors vs. only one) is excellent for consumers.  It forces companies such as Intel and AMD to stay competitive.  Scalpers have ruined that.  Kids see this and think, “Everyone else is doing it; why shouldn’t I?”

There is no known day for when this will be a “non-issue,” but we are looking at several months of deliberation before the GPUs become readily available.  A result of the greed taking place is that the next 3000 line will be horribly inefficient for mining, a process referred to as nerfing, which is when something in hardware or software is deliberately slowed down or otherwise degraded, the opposite of buffing when it is deliberately sped up or improved in some way.  These GPUs are not only for mining Ethereum, but that is where the profits for miners are currently at due to the high gas fees.  Again, the cycle of greed shows its face with old cryptocurrencies such as Bitcoin (BTC), which also requires intensive GPU or ASIC mining.

It’s vital to note scalping is often illegal, but not always.  Retail and market situations have different laws, and I expect to see retail laws adapted to help aid in the prevention of this conduct.  More hash rate (speed of mining) does not equate to better practices; more hash rate means more waste and more people who don’t care about their environmental impact, all they care about is money.

I implore you not to pay these prices from shady people without warranties.  Wait!  When the prices come down, you will be glad you did.  The only people who should be concerned about chasing first-generation 3000 series cards yet to be nerfed are miners late to the party, and they signed up for this by supporting it.  The 2000 series cards will likely drop dramatically in price also, and they are still sufficient for most modern game’s hardware requirements; some even remain slightly profitable for mining, such as the RTX 2080 Ti. 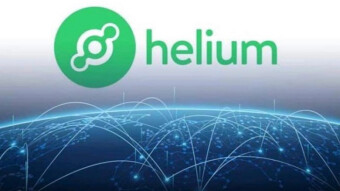 Helium Overview: What Is It and Should You Invest? 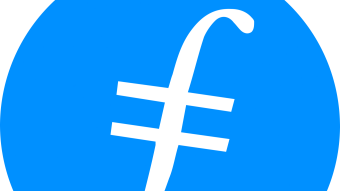 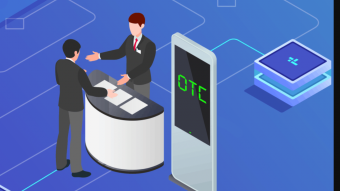