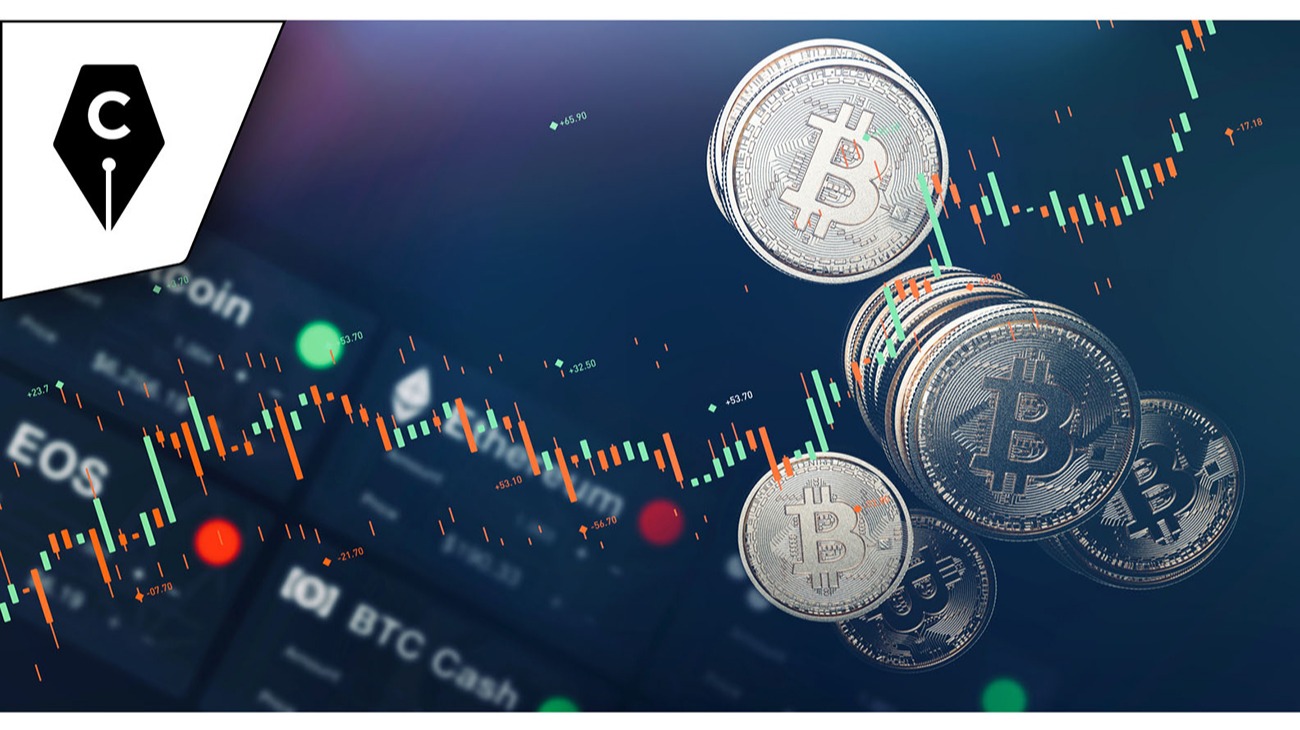 The market has been wild since the FOMO behind PayPal supporting cryptocurrency sent Bitcoin soaring to over $13,360 USD; so, what’s the scoop?

"Games are won by players who focus on the playing field – not by those whose eyes are glued to the scoreboard." ~Warren Buffet

Bitcoin has not seen a price north of this since it broke its record high of $19,783 USD, which is another way of saying this is the second-highest price for the coin since its origin in 2009.  Bitcoin is up 75% this year – marking an excellent mid-way point in Q4 for digital gold HODL'ers!

Bitcoin recovery never ceases to amaze me.  It truly is digital gold, as well as a phoenix currency.

As you can see, the market is extremely active and buyer dominant.  There is heavy resistance just below the $13,000 mark.

While I am a major supporter of other cryptocurrencies that offer better solutions such as faster transactions, enhanced security, reduced or non-existent fees that have been built on better blockchains such as EOS & Nano, I feel it is fair to say that Bitcoin is far from dead despite its imperfections. I've often called BTC a phoenix currency due to how many failed predictions on it being dead or going south come to light every day by countless "market analysts."

These analyses are from novices and professionals alike – and both group's "predictions" are based entirely on conjecture through technical analysis and historical rhetoric.  It surprises me that many people still think that a historical graph would be a valid form of analyzing price patterns when we live in unprecedented times. That is about as counter-intuitive as I can imagine and is not founded by logic.

I like to review currencies in real-time and not pretend to know what the market is going to do, but more-so make a calculated guess on what it is most likely to do next in order to serve my interests.  I am not a financial advisor, and I'll never pretend to be because I know these determinations come from my perception and interpretation of them.  The current market behavior tells its own stories, and everyone reads the queues differently.

Whenever someone asks me which crypto to invest in, I can only say, "That depends on a lot of factors, and crypto markets are extremely volatile, so you are just as likely to lose money as you are to make it if you don't know what you are doing."

This input doesn't offer people a lot of incentive to get started, so they are typically lured into the world of crypto through other means such as promotional offers from centralized exchanges.  I hope that cryptocurrencies will become far more usable in everyday transactions both in the flesh and online as a result of PayPal and Google, as well as many other prospective companies getting involved in blockchain tech or crypto assets.  I keep thinking blockchain is the new black and with good reason.

Of course, this new BTC surge caused some imbalances in the rest of the crypto market, but many of them were positive while holding a massive correlation with Bitcoin's progress.  I noticed DeFi currencies such as Uniswap (UNI) behaving moderately random until the surge and immediately noticed a hard correlation, suggesting that Bitcoin prices still heavily influence decentralized currencies.

However, they are not influenced the same as it affects altcoins such as Ethereum (ETH), Litecoin (LTC), Tezos (XTZ), and many others, which are more responsive to immediate pumps.  DeFi currencies tend to take slightly longer to catch onto the trend, though inevitably they do.  Sometimes, you see DeFi dumps as Bitcoin pumps, which are likely people cashing out of decentralized currencies to join the BTC pump before you see a verifiable correlation on graphs; though not always.

For a first-generation cryptocurrency coin, this trending pump is extremely impressive. It makes the precious metals market look like a fashion trend that is no longer in style for most younger generations.  I hold a small amount of gold and silver, and it hasn't made me a cent; sitting in a safe place and going to sell it is a horrible joke with insane limitations when coming from the crypto investing world.  Precious metal values changing is irrelevant if it isn't traded or exchanged for FIAT or weight gains readily as we do seamlessly with crypto 24/7.

Instead, I'd trade it for food, water, and other resources in a survival situation as required in a complete economic collapse.  I cannot digitally swap one for another at the snap of my fingers, precious metals offer no staking opportunities, and letting someone else hold your tangibles would completely defy the point of owning them.

For this reason, beyond jewelry and R&D – I am moving away from precious metals, and luckily I own enough firearms for my entire life as a hunter.  I find that tangible goods become more expensive to house, maintain and hold and often immediately lose a substantial amount of their value at the time of purchase as with automobiles, diamond jewelry, and firearms – all of which I own.  Flipping a 2014 Ford has not been the most fantastic experience of my life, and I won’t even bother selling my silver – I’ll use it to practice sand-casting smelted metals.

The stock market is far more of an eyesore, with very few companies holding an upward trend unless their shareholders are pumping them as with Elon Musk and Tesla since the COVID crash; people like that are wealthy enough to maintain their share values by investing into their own stocks.  Who wants to rely on a marketplace that flawed and crippled – I'll tell you!  People who don't know enough about cryptocurrencies or are too afraid of volatility; likely both.

Suppose you hold a stock in the negative long enough. In that case, you can end up owing the company money in the form of dividends.  This negative outcome makes almost all stocks a poor explorative option unless you intend to flip them or invest in a company knowing they are only doing well on paper and not in reality for gains in dividends; or willing to take short-term losses for long-term gains assuming we see an economic recovery.  I left stocks in the dust months ago, but I routinely check on the prices to stay up to date.  If I were to invest in any stock, I would invest in something people will always need with or without a pandemic.

I decided to remove myself from the Ethereum world, including abandoning my Basic Attention Token (BAT) holdings and almost every other ERC-20 token I held during the peak of this pump.  I can no longer tolerate gas fees, and it's a real shame because I am an avid supporter of the Brave browser, and I had hoped for a solution to arrive sooner.

Ethereum is as flawed as a #2 coin can be while still being a #2 coin – it cannot last forever like this, and ETH-based tokens will continue to suffer for it until gas issues have been resolved.  It’s taking too long while there are far better alternatives that are incredibly progressive.  I find this matter conflicting, but I can’t support that which hinders my finances – even with gas fees at a low right now, they are outrageous. 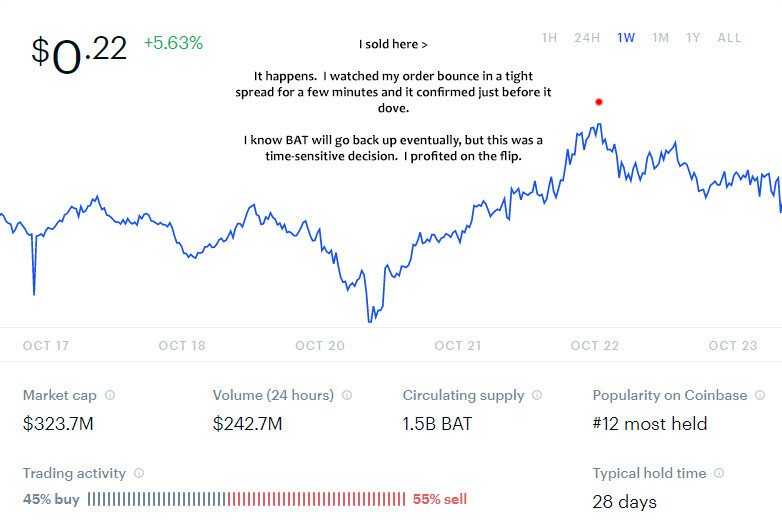 I've concluded that DeFi is a pump and dump scheme which can be very profitable in flips, Tezos is at a stale point and isn't worth my time to stake in, precious metals are more hype than hardware wallets, and stocks are just as awful as they were when the COVID crash hit.  For this reason, it makes sense to stay loyal to active and functional currencies for holding, with Bitcoin and EOS being my top two picks as of late.

Questions and comments are always welcome.  What are your opinions on the recent market movements and crypto vs. tangible (physical) investments?

My Crypto Exchanges & Brokerage App:
Coinbase - Receive $10 in Bitcoin when you buy or sell $100 or more.
Binance - One of the world's most popular exchanges.
Robinhood - Free stock worth up to $200 when you sign up and deposit $100.
ChangeNOW - Anonymous, secure, fast, lowest-fee crypto exchanges!

I highly recommend you use Trust Wallet for all Publish0x withdrawals!