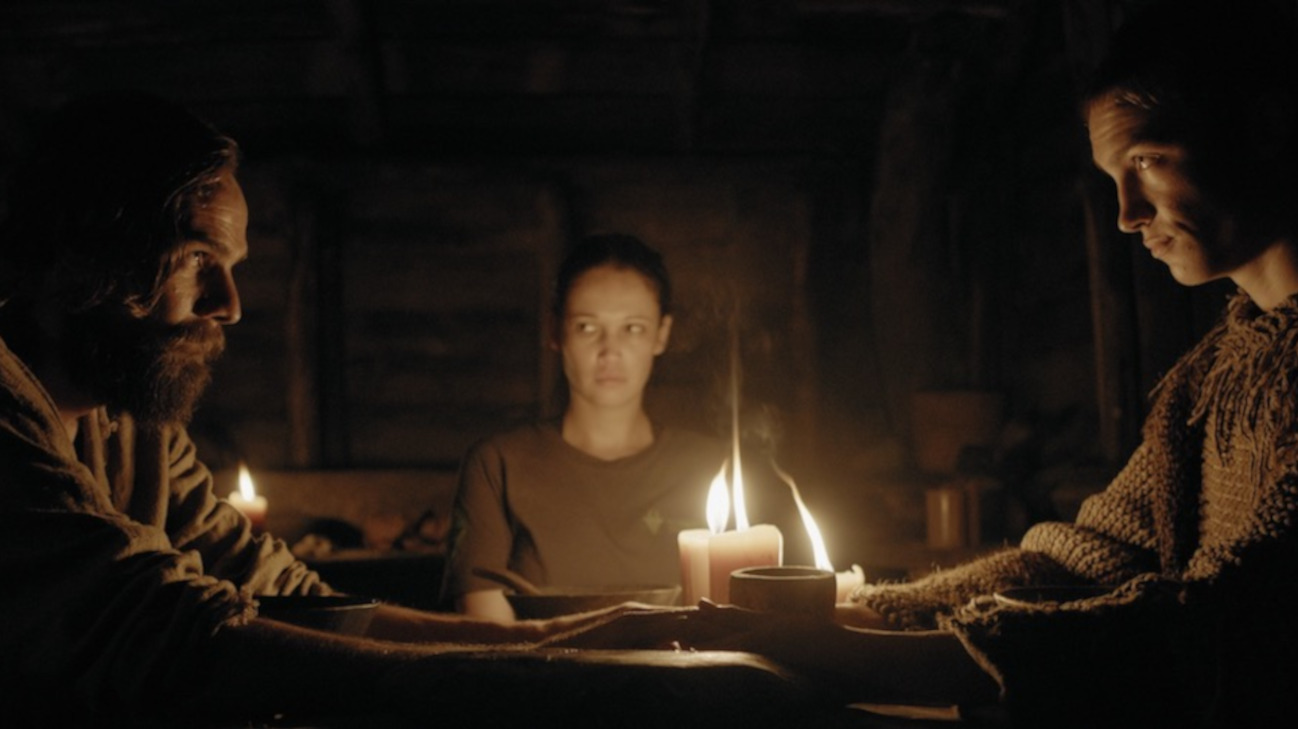 I’ll start this train of thought by stating that I have always loved a good fairy tale. Especially if it’s a fairy tale for adults, and by that I don’t necessarily mean something that involves saucy scenes of intimacy. Think of Pan’s Labyrinth; even though the main heroine in that is just a kid, the story itself requires a grown-up, mature individual to be understood in its depth. The reality of certain time period in history there is mixed with some typical features of folk and magic tales. Similar approach to how story is told is also true in the case of Gaia – a new character driven bilingual “eco horror” film from South Africa that’s been just released for viewing in cinemas and on a number of digital platforms. The time period here is Anthropocene, and the features of fairy tales are some beings in the forest. The heroine in this film is a forest ranger who once upon a time was on a routine surveillance mission, which turned into something else entirely after an accident.

Knowing nothing about the film in advance, I was expecting it to reveal itself as something akin to Cannibal Holocaust or The Green Inferno at this point, as I was watching unconscious ranger being picked up by two blokes who looked like they have managed to somehow teleport themselves from One Million Years B.C. into this film. Alas, this proved to be a very different beast from what someone like me would expect. Even though my expectations regarding cannibalism weren’t gone entirely even when the film was at the 40 minute mark on its timeline, the ideas here were very different.
First, there is no torture in this film. Secondly, the story deals a lot with what you usually get from films that involve cults and their leaders. Thirdly, there were moments that made me think, “this is what Alien would have likely turn out to be if it was eco-horror.” At the same time, Alex Garland’s Annihilation could be mentioned as another reference regarding some of the ideas that have been enveloped here. This may not be visually so stunning a work by comparison, but, I think, the difference is mostly because of budget constraints rather than a lack of vision on the part of production designer, or prop maker. Besides, I’m not sure if the goal here had been to create something that would look like it’s “out of this world” in every sense of the phrase. I think, quite the opposite could have been the case; that the aim might have been the same as what can be witnessed in Neill Blomkamp’s films, and why I vibe with that filmmaker’s work – the level and sense of everyday realism in depiction of something that cannot be real; presenting fiction in a way that makes it all look as if it was social realism. Indeed, the film’s core idea is in tune with possibly the greatest universal concern of this day and age on our planet; one that spells doom for everything we take for granted in our everyday lives: ecological catastrophe due to the way human is used to interact with the nature. Everything in this film emanates the reality of this problem, and there’s more than one perspective here; it’s what this film had been built upon. Seen in this context, the film may even seem like a novelty to someone who's favourite subgenre is folk horror.

Other than everything aforementioned, the film puts mood amongst the important factors. This is in line with today’s trends. Look at Hereditary, Us or The Ritual, for instance, where the focus so many times is deliberately shifted to irrelevant things that pose no danger to characters, lulling the viewer into unsuspecting mood thus preparing the ground for some jump scare, or other event that’s in stark contrast to that mood. Gaia however hasn’t got any real jump scares; it’s one of those films that make use of techniques such as bird’s eye view and establishing shots, while the scary part about its monsters is that it’s not entirely clear what they are after and what motivates them. Sometimes it is not even clear who or what is the real monster. But, as I have mentioned before, the story is character driven and, as far as forest beings go, they don’t get as much focus here as monsters in creature features usually do, and most of the time the creatures here are not responsible for the mood at all.

Did I like the film? I did. Is it one of the best horror films I’ve seen this year? No. Why? Because I would have preferred more horror. What I liked most however was its philosophical side. I got my food for thought after watching this flick, and it doesn’t feel like it’s come from a fast food restaurant.