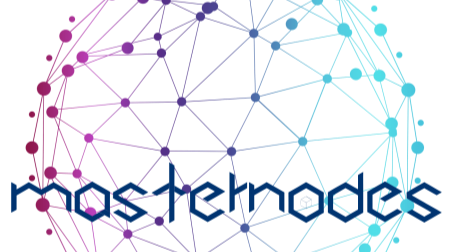 What is a Masternode?

Unlike the Mining features that came with proof of work blockchains, Masternodes had proven to be the most lucrative feature for the next generation crypto coins.

Many do see mining cryptocurrencies like bitcoin as the complex component of its network many do argue that Bitcoin, was only profitable in the early years in the case of mining.

As the network grew stronger, and harder mining time remained the same, and the rewards sloped, making several Mining houses folding up due to low returns made.

Currently, 12.5 pieces of Bitcoin are mined on to the blockchain in every 10 mins. This is so due to the Second halving event which occurred in 2016.

The first halve occurred in 2012, which saw the number of coins released on to the blockchain reduced by half from 50 pieces to 25. Many now are believe Staking and Masternode projects to be the game-changers.

To understand what a Masternode is we need to first explain the word Node.

A node is simply a computer that plays a part in ensuring the integrity of a coin network.

A Masternode is a full node (computer wallet) that supports the network by hosting an entire copy of the coin’s ledger in real-time. In return, the Masternode will receive crypto coins as a reward (a great alternative to mining).

Why run a Masternode?

Besides the coin rewards that you get from running a Masternode, here are more reasons why you should consider a Masternode:

While all Masternodes can do the above tasks, performance may slightly vary from one digital asset to the other based on how a Masternode has been implemented in a particular cryptocurrency.

So, how much can you make from running a Masternode?

The masternode enables you to earn some passive income from participating in-network maintenance functions. However, there is no one-size-fits-all response to how much you can earn. Generally, it would depend on the following factors:

For instance, running a Masternode for Dash is likely to earn you a reward of about 45%, while miners get 55% which is split to all Masternodes. According to the Dash website that translates to 2 Dash every week. Per year, you end up with 10% for your 1,000 Dash, all factors held constant. That’s a pretty good deal.

How to run a Masternode

The Hosting of a masternode requires a server with an unlimited internet connection. You may want to consider a Self-Managed VPS platform with support for backup and easy to use interface. The other hurdle you need to hit here is the requirement of a high minimum operational coin balance attached to your wallet. For Dash, you require 1,000 DASH to start off. Once you download and integrate your wallet with the minimum amount, you are good to go.

Here is a step by guide to set up a Masternode:

Cryptos that have Masternodes

Currently, numerous projects have deployed Masternodes within their networks. They include:

Masternode systems investments are just as risky as any other business. An investor should undertake due diligence when making critical decisions. Some key aspects to evaluate include but not limited to:

What is Bitsika? The Bit Sika app is simple to use remittance platform which aims to provide quick money transfer services to users across the globe. Created mainly for Africa to help curb the high-cost monetary transactions.