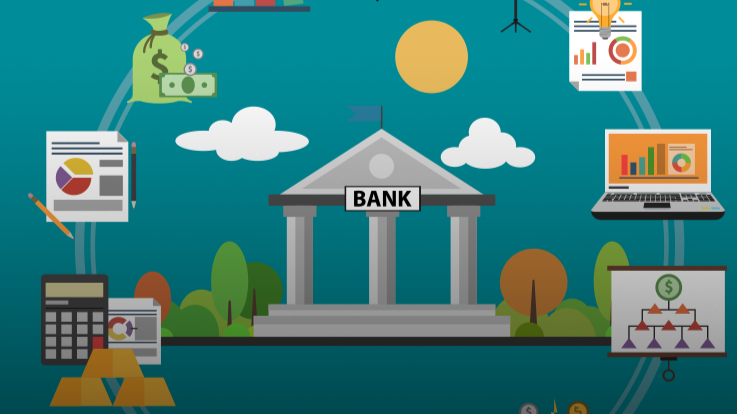 This article should not be regarded as a financial advance, but for educational purpose for everyone who want to see beyond the hype around defi, and for builders who can leverage on the blockchain technology to provide and build a system to solve problems.

The web3 world that powered decentralization has been evolving, and there are questions concerning the possibility of true decentralization at this stage. This has been some major problems that normally follows a new innovation.  There is no doubt that as web3 continue to unfolds with builders creating and building a system that surpass the current hype, the true value and the change that web3 can bring will fully emerge.  Apart from the major defi protocol focusing on swapping, staking, lending and borrowing, there are more things to be included for an ecosystem and for web3 application to fully upgrade to the position of a decentralized banking system. The focus is to build an application and protocol that can replicate the major uses of banking system in a decentralized way and also what a decentralized banking protocol should contain. Here are my thoughts on what a single ecosystem focusing on building a web3 banking system should have.

The decentralized finance system fully relies on a wallet which represent where any individual can save their money, send money and receive money from anywhere around the world. A decentralized wallet helps to connect with different dapps and unlike the centralized banking system, it is control by each individual with a mnemonic phrase as a password to be in control of their funds. To experience a full decentralized banking system in a single interface, there is a need of a wallet that connect with different dapps to enhance swapping, staking, and others activities.

One of the functions of the centralized banking system is the means through which money can be transferred between two parties as a remittance or a payroll. While the central focus of major defi protocols revolves around swapping, staking, lending and borrowing, we cannot delude from the fact that there is a need for a decentralized protocol to facilitate the payment of money in a decentralized way. An ecosystem playing a vital role in this aspect of web3 is MEANFI through their money streaming protocol that made possible and automated way to make payment continuous overtime between two parties. There is no doubt that this innovation will be specific in web3 banking system. I will be writing an article on MEANFI ecosystem, their roadmap, benefit and the role they can play in web3 banking system next.

The concept of web3 and decentralization relies on individual ownership of their data and to permanently be in charge to give access to any authorized protocol they wish. Instead of having a long address like (0xd2dB…9343) everywhere, when interacting with dapps like defi, nft, games, social, gambling, or apps like wallets and exchanges, there can be an easy-to-read account or identity that can bring all these cold addresses together in which when interacting with different protocols, it will appear inform of a registered account name like “Tripple.bit” “Tripple.eth” instead of lengthy address. This name can serve as a decentralized identity to receive funds from anyone, it can also serve a domain where the owners account and data can be stored that cannot be accessible to unauthorized protocol or persons. The DAS PROTOCOL is the one of the major players in the ecosystem powering decentralized identity {DID}.

There is a need to channel our energy by focusing on what a single decentralized banking system should look like and building decentralized application to solve the major problem affecting the onboarding of people from centralized system to decentralized system by given them a solution easier than what they have been using.  The web3 ecosystem will continue to develop and reward builders that are solving major problem to make life easier. While this article might point out some important aspect of decentralized banking system, it might exclude some important thing which you can add in the comment box. I am also looking forward to connect with like-minded people in the web3 space to work together by providing a service of a writer, adviser and a community manager.