This post will cover how to code in python using python shell or by creating a .py file i.e to write a basic program.
let's get to it then!

Once python is installed in your system, you can open a command window and type `python` to open the python shell. 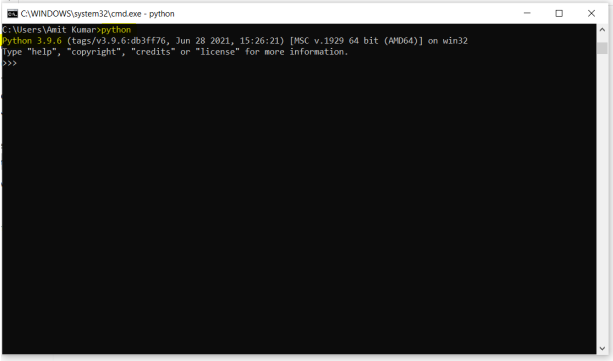 What is a Python shell?

Python shell is nothing but an interpreter which executes instructions one by one (line by line).

In the above example:

The triple arrow you see is where you will write your code `>>>`.

In the above screenshot you can see that I executed 3 statements:
1. `1+2` which returned the sum of 1 and 2 i.e 3. (arithmetic operation)
2. `print('Hello World')` which prints "Hello World in the console." (function call)
3. `quit()` you can see that when I type quit() >>> disappears that means you exited the python shell.

Next, let's see how to write a python program and execute it.

First, let's understand the code we are going to write.
We will create a program that will take input from the user and greet them. 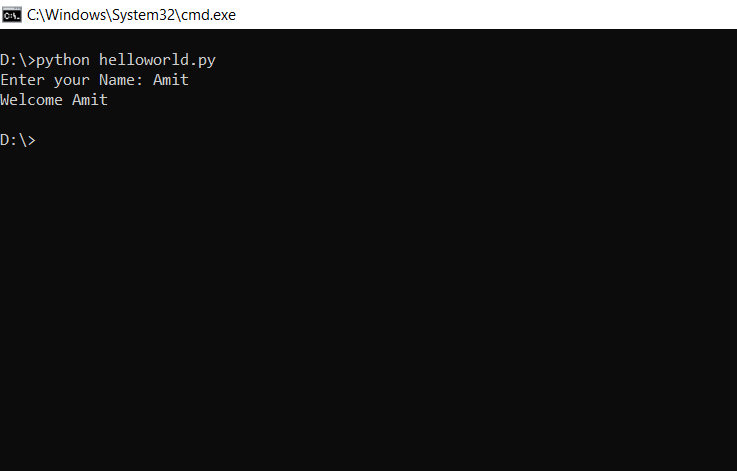 In the above output, we can see that we provided Amit as user input to the program and the program gave the output as "Welcome Amit",

Congratulation! you have written your first Python code!

Hi All, My name is Amit, I'm a software engineering, who loves to solve programming scenarios and automate stuff using Python/Shell Scripting or any other language :P (pun of being a polyglot). Join Publish0x. https://www.publish0x.com?a=w9aAP28Pev