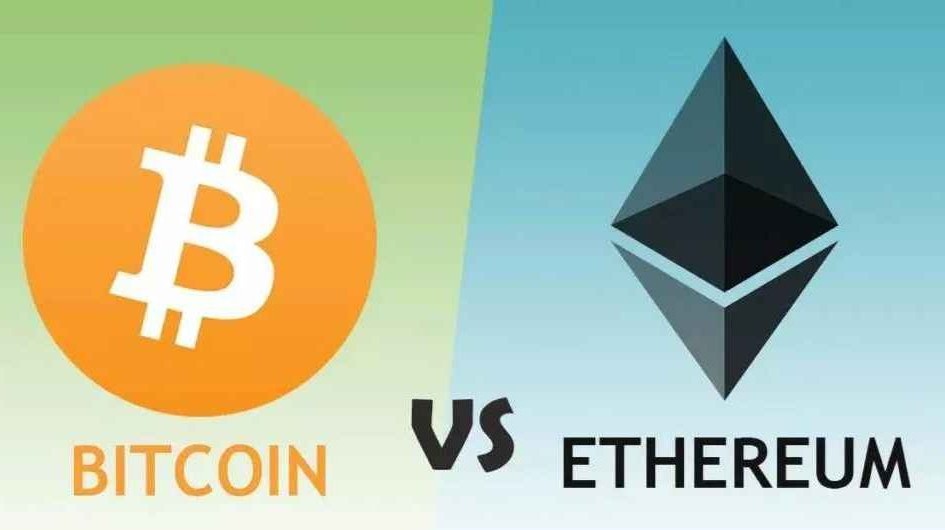 1.Time to create a new Ethereum block is 14 to 15 seconds and Bitcoin is 10 minutes. Faster block creation time means faster confirmation of a transaction.

2.The number of bitcoins is limited to 21 million. That means: every 4 years the reward of each Bitcoin block will be halved. Meanwhile, Ethereum does not limit the number of Ether.

3.Ethereum's transaction fee is paid with Gas (convertible to ether) and is calculated based on the bandwidth capacity, and storage needs. In bitcoin, transactions are limited to each block size and equal to each other.

4.Ethereum allows running Turing-complete code, allowing all calculations to be performed if there is enough time. However, this brings many risks to Ethereum. Ethereum's vulnerability is higher than that of bitcoin.

5.There is 13% of Ethereum sold to the original project sponsor. And the first Bitcoin miners will hold a large number of Bitcoin released.

6.Ethereum opposes the use of ASICs like bitcoin. However, Ethereum miners must use graphics cards.

8.Bitcoin has a history of never interfering with the ledger data. Meanwhile, Ethereum had to fork after the DAO was attacked.