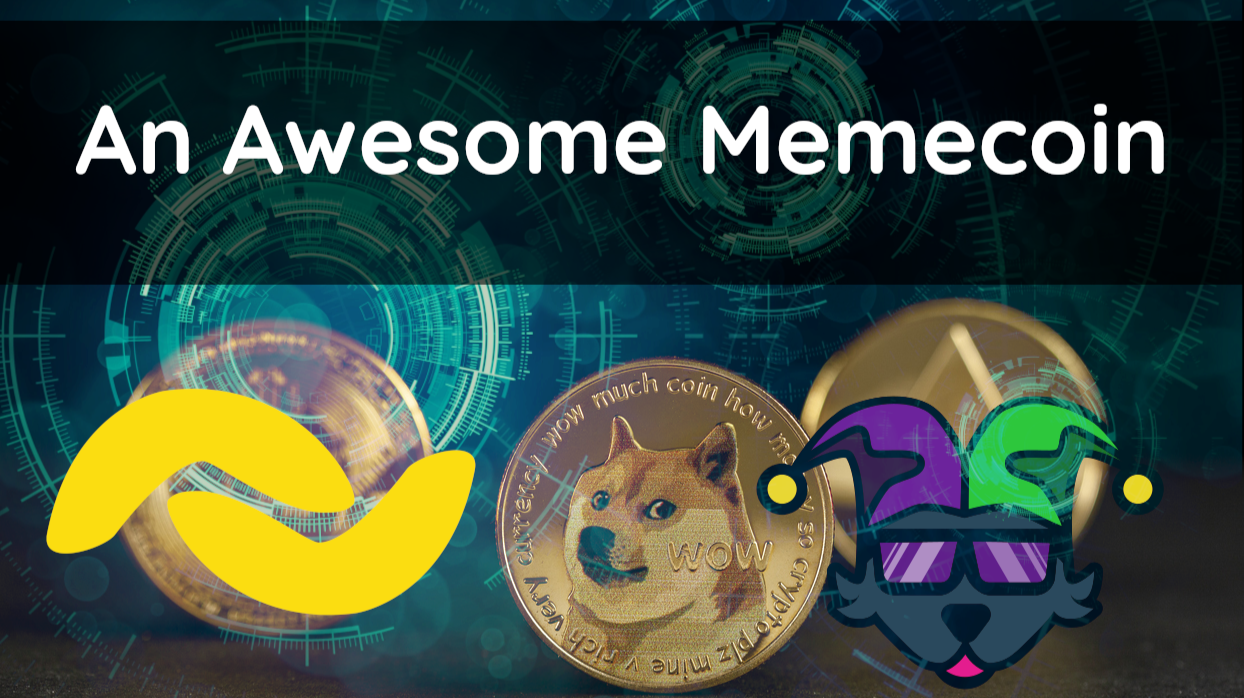 When we come across the extensive universe of cryptocurrencies that surrounds us, we are lost, as it is something that is constantly expanding. We even met with the almost funny meme coins.
This type of cryptocurrency was initially intended to play tricks with money and the meaning we give it, in this case, a meme.
In my journey into the world of cryptocurrencies, I have already encountered several
meme coins with cute names and logos, but that didn't always reach a considerable price, because after all, it's just a meme coin, isn't it? Initially, it wasn't supposed to have a value, but it ends up having, due to market speculation...

The problem is when famous influencers start shilling these cryptocurrencies without having a real sense of the objective behind them. This amplifies the search and abnormally increases the price of a cryptocurrency (see Dogecoin, Shiba Inu, among others). Invoking a feeling of greed and despair regarding the price for those who enter these meme coins which, in my opinion, is something dangerous, hence DYOR.

However, I'm not saying they're boring, on the contrary, I've even been participating in a meme coin community since 2018. Only this one has a differential that some others don't: a super-strong community and a strong educational bias. The name of the cryptocurrency is Banano and its logo is two bananas together in harmony.
Okay, it might sound weird or something really silly, but at least for me and other primates friends, it isn't.

The current Banano distribution may be in its final stages. I think it's a good time, in my opinion, to fit in and enjoy. The community is cool, fun, smart, and creative. There you find all kinds of people to be your colleague, acquaintance, or friend, haha!

As most of the jungle is on Discord, a great social messaging network to organize things. Each text channel can represent a different culture, depending on the channel layout we currently have, where you can talk to other cool people from other parts of the world.

Ready for a not so deeper dive? Let's F Go! 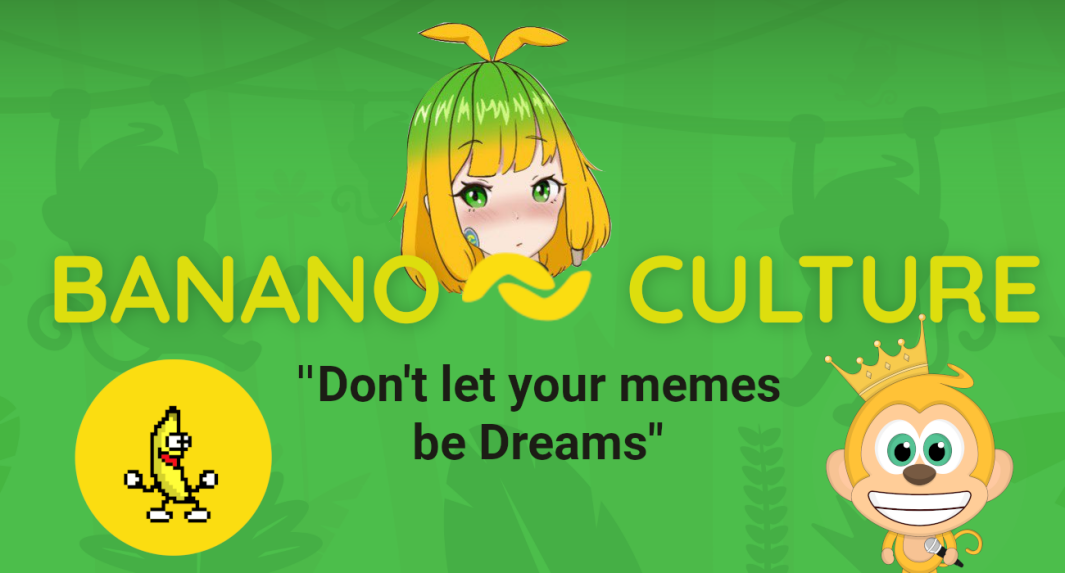 The English jungle is the focal point of conversation for the community. That's where the internal memes arise and the fun happens. New members expose their textual art as soon as they are considered citizens of the jungle. In addition, they are always talked about nonsense, but in general, they are amazing people.

The other jungles cannot be underestimated, they have great potential too and great people who manage to engage. 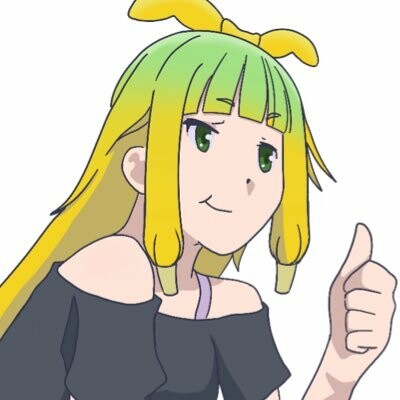 It is the personification of Banano in an anime-style character format(maybe??) properly drawn by the anemone. The acceptance by the community was so incredible that fan clubs and fanatic drawings by Banano Chan sprang up as well. It's amazing community arts and great ways to generate even more stories in lore with great potential.

Then it's the jungle couch part where we watch anything interesting, curious, and funny. Anyone can post new videos, after having their address verified, thus leaving a zone of funny videos, without senses or curious to see and talk about. It's a cool place, and you still get a fraction of how much whoever uploaded the video is posted.

Wrapped Banano is the "wrapped" version of Banano that is present on many networks like Polygon, Binance Smart Chain, and recently Fantom Ecosystem. wBAN is the gateway to the defi universe, allowing degens to get to know Banano and the banano members themselves to learn more about this cool universe as well, within cryptocurrencies.

Games and other things 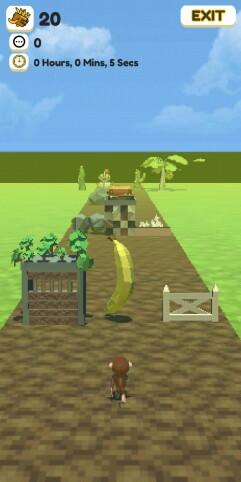 Since the late Banano Runner, the team at Banano has been finding new ways to engage the community through new games. You can currently find some of them available such as:

#volcano-drawing: A drawing contest to draw elements in the game. If you like to draw, it's worth a look.

#banano-folding: Not a game, but one of the most used tools to perform simulated Banano mining. Using Folding [email protected] you are using your machine's processing power, but you are not mining Bananos directly, but contributing to medical aid and in exchange, through your accumulated points, you receive the Bananos proportional to your help.

#black-monKey: One of the most played games now in bot version of discord, you don't technically need to access the official website to play it, you can play on the text channel with your friends, just have permission to start the game. 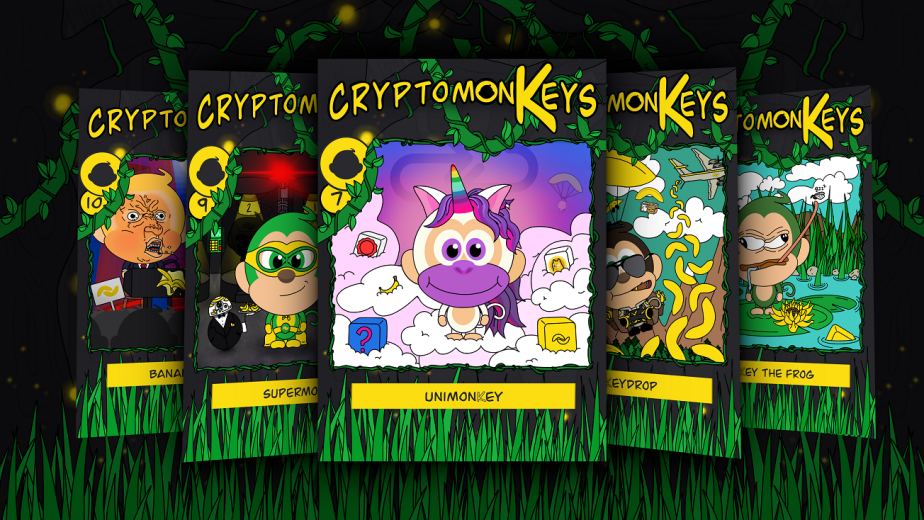 There are still many other projects within the Banano ecosystem. So much so that others have created their ecosystem, in my opinion, for example, that of NFTs: CryptomonKeys.

CryptomonKeys are a collection of artwork from NFTs that is on another network: WAX. Like Banano, they are given away for free, the fees are very low and you can connect your cards or stacks to monKeyconnect to track your collection stats as well as participate in other events.

In addition, we have monKeystacks, a subdivision of NFTs, aimed at those who want to contribute more comfortably, instead of suggesting a new letter and waiting for the bureaucracy of monKeyprinterrrss, you can now build your monKeystacks within the dimensions and send them to proposals. The coolest ones will be the next ones to be printed GO BRRRRR!!! 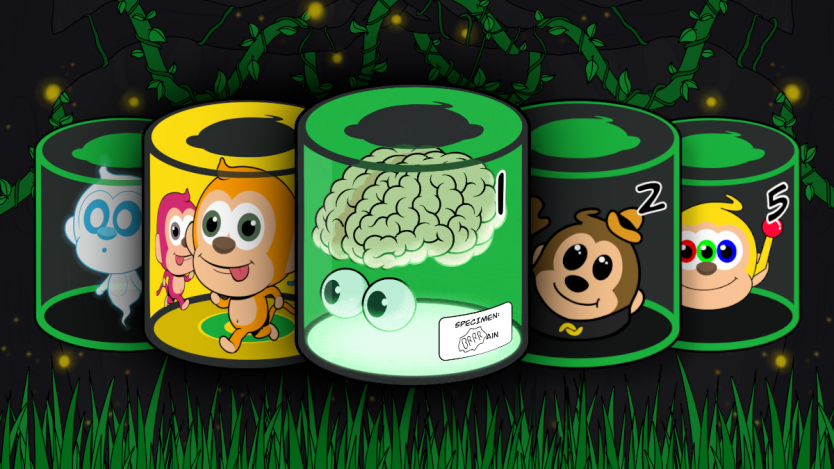 So, Finally How to choose a good meme coin to start

If I were asked for a good meme coin recommendation to start with, without a doubt, I would recommend Banano. The tipping culture is very strong, in addition to the issue of educating about news in the crypto world, making things easier. That is, becoming part of a starter pack kit for the crypto world in general.

I even made a silly formula that has no meaning but looks cool. It is based on Vitalik Buterin's Scalability Trilemma, but this time using meme coins.

Good Memecoin choice trilemma
Well, everyone must have heard about the scalability trilemma of VItalik Buterin, but I modified it a little to play with this issue of meme coins. 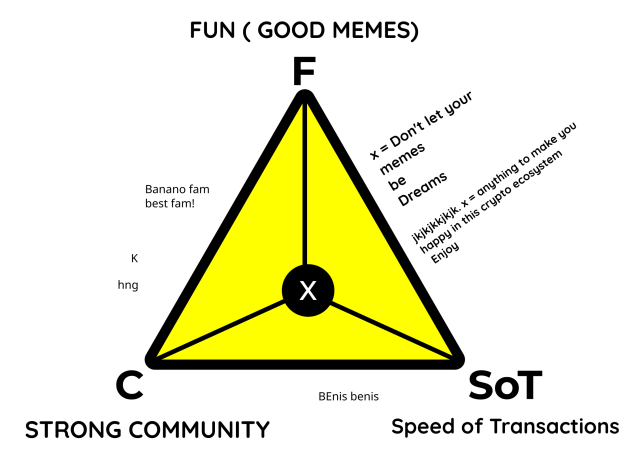 I put things that caught my attention on Banano, like always good memes, almost instant transaction speed, and a very strong community.
The x element is anything that makes you happy while enjoying this friendly community. (Will unite or strong the things in the points)
Or it could be element K, who knows.?

I hope you enjoyed this more humorous review of the Banano cryptocurrency so far. You already knew the cryptocurrency, leave constructive feedback in the comments.