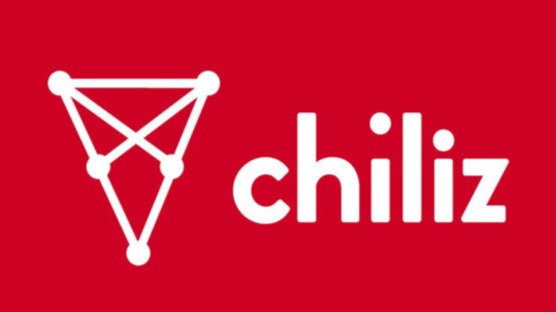 This is the second article in a series featuring particular cryptocurrencies and tokens that I find compelling for one or more reasons (ingenious innovation, novel and/or efficient utility, a motivation/statement of purpose I admire, fun value, or the price action itself). Each article will provide an overview, brief chart TA, and a price forecast (week, month, and three month). The first article discussed the AMP token, and you can find that article here.

Chiliz is easiest one of my favorite cryptocurrencies. It is sweeping through the space as the world's top blockchain FinTech provider in sports and entertainment, serving both sides of the sporting world--the teams and the fans--with creative rewards, experiences, and money. The site Socios.com is a platform that operates on the Chiliz blockchain. The Malta-based crypto is on a clear mission: to enhance fans experience of their favorite sports teams, players, and moments, while also opening up a practical and exciting introduction to the powers of blockchain technology for everyday people.

Fans can buy branded fan tokens to use to attend team events and games, buy merchandise, fungible collectibles, NFTS (that might be experiences such as capturing unique sports moments like player milestones, winning championships, etc.), earn rewards and special recognition, and vote through polls about how team brands get developed and expressed. Some examples of poll subject matter: picking soccer goal celebration songs, warm-up songs, what written message should be written on the captain's wristband, and how a new team bus should be designed. Meanwhile, the teams get to expand the avenues of revenue by monetizing this more active fan relationship with the teams.

And this is all catching on. There are over one million registered fan users. There are dozens of soccer teams around the world who are partners with Chiliz, including FC Barcelona and Juventus. UFC is a partner. And the move to American sports has been initiated as well. The New Jersey Devils, Boston Celtics, Phoenix Suns, and New England Patriots have all signed on this year. The spirit and execution of the project both seem to be well-tuned for success.

At the time of this writing, CHZ's price is basically at rest at old resistance/new support level 0.457. The past week has seen the price oscillate within about a 10.5 cent range between 0.42.4 and 0.529. The woeful summer months saw a brief bit of invigoration during the last week of August and first week of September before CHZ dipped to test low support in the mid-low 20 cent area. But it never dropped that far as it has made higher lows into November before it became alive again and started transforming resistance levels into support levels. CHZ is gearing up for quite the bull run as the technicals and fundamentals align quite nicely.

Chiliz right now, then, is covering the territory on its way up that it last covered on its way down after the March 13th spike to 0.8915. Now it will be fueled by continued news of new partnerships with sports teams.

Chiliz is going to run. My price estimate for December 4th is 0.55. The next three weeks after that will be its time to sprint with Bitcoin. Clearing that last mark in the 0.661 area will mean that it has blown the top off of all real resistance. All of it. My December 27th prediction for CHZ is 0.86. From that point, I would not expect any serious retracement . . . perhaps merely down by my favorite Fibonacci percentage that nobody uses, 14.6%. So, roughly the value of three quarters will be the new hangout for Chiliz before making the attack on one dollar.

We will see one dollar, indeed. My price forecast for February 27th is 1.05. In three months, CHZ will rise by 60 cents.

I am a philosopher-teacher-writer by profession. Writing inside "the Academy" has serious limitations, however, and creating content across a variety of subjects has been fulfilling for me for almost 20 years. Crypto is my new passion.

Velocity Along the Fractal

This space-time occupation is the sincere expression of devotion to subjects I am passionate about. I am a Philosopher by, ahem, trade, specializing in existentialism and political theory. The idea is to draw out certain philosophical arguments for Crypto-world as it is accelerating in creative radical change.