Selling her house (with a twist) 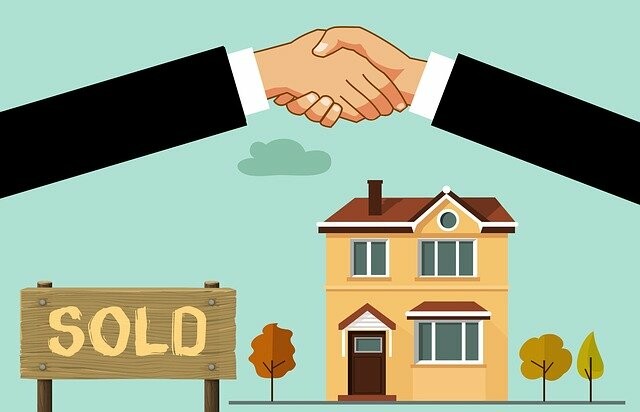 So, my mother finally sold her house yesterday. She had been trying to sell it for a year or so.

It was a nice little modular home with 3 bedrooms and two baths. The living room was large and it had a huge, covered front porch. It was secluded and you couldn't see it from the road. It sat on the back side of 12 acres.

The realtor went by the place with the prospective buyer for a final walk through.

When they got there, the back door was open. The realtor thought something nefarious might have happened since he was there last so he went in by himself.

There was a woman in the house with several cats. She was obviously stoned out of her gourd and the house reeked of marijuana.

They had a conversation that I gather went something like this:

Her: "What are you doing in here?"

Him: "I'm the realtor and I've come to do a walk through with the buyer."

Her: "I own this house. I paid cash for it this morning."

I'm not quite sure how the conversation went from there. I know that he was stunned by her response.

I do know that it did not end well for her. The sheriff was called and 8 deputies showed up. This place is 10 miles from town and they probably came from all over the county.

They arrested her and put her in the car. She got out two or three times and rolled around on the ground. Eventually they got her back in one of the cars, locked the door and hauled her away.

Mother said she was surprised when the guy finally signed. Maybe he was impressed by the actions of the deputies. Who knows?

No word on what happened to the cats.