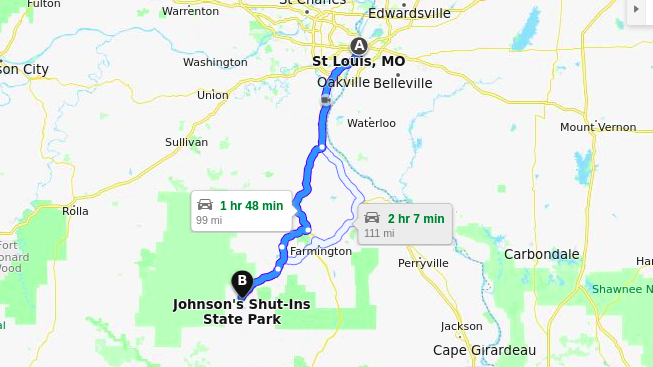 Three weeks ago, Grammy and I decided to take a day trip.

After looking into the several state parks in the area, we thought that Johnson Shut-Ins might be the ticket. It's located about 2 hours south of St Louis near Thom Saul Mountain in the Ozarks.

The first thing we saw after we parked was this huge stone. 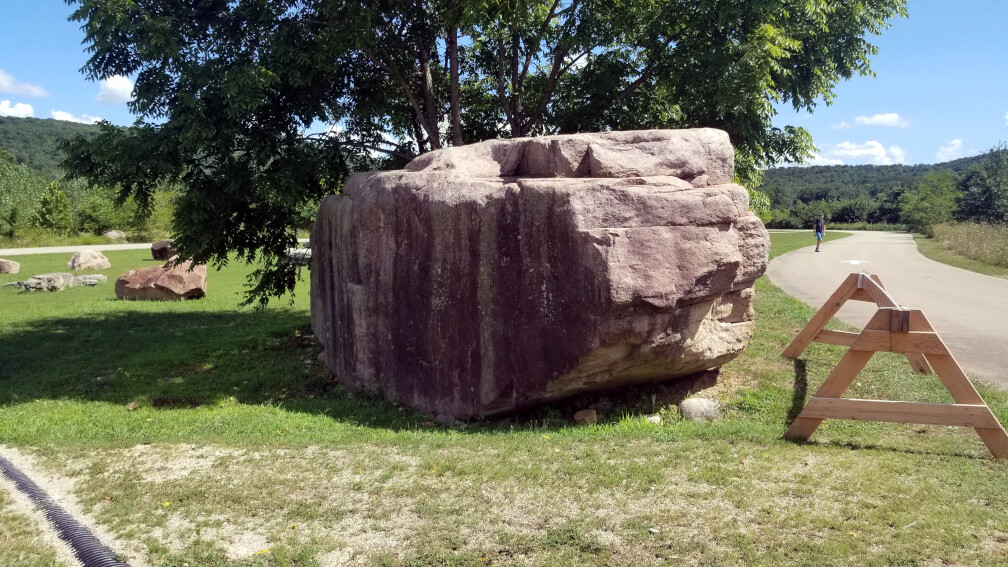 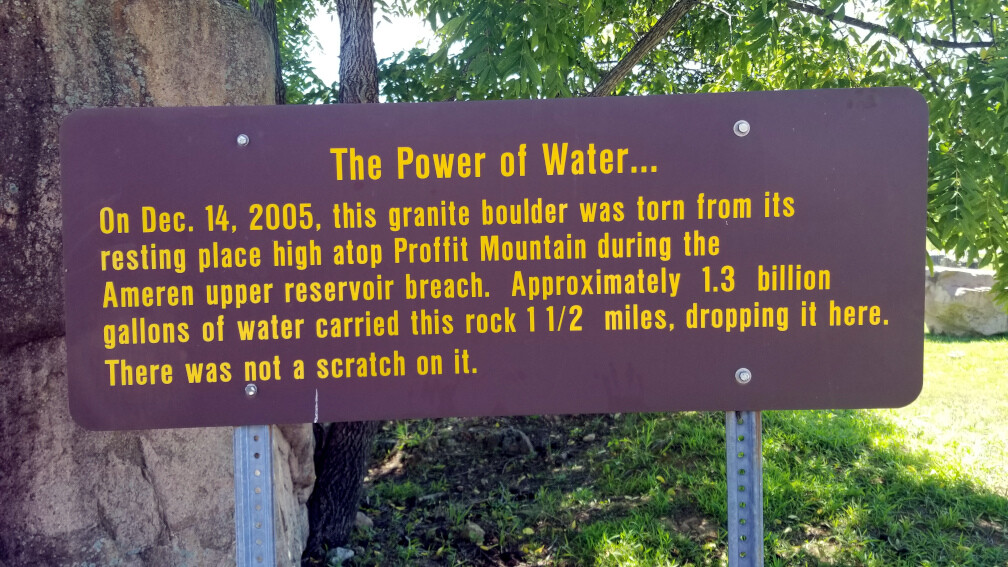 From the entrance it was perhaps a mile down to the park gift shop which is at the beginning of the trail head. Before reaching that point, there were a few trails going to small pools on the river like this one. 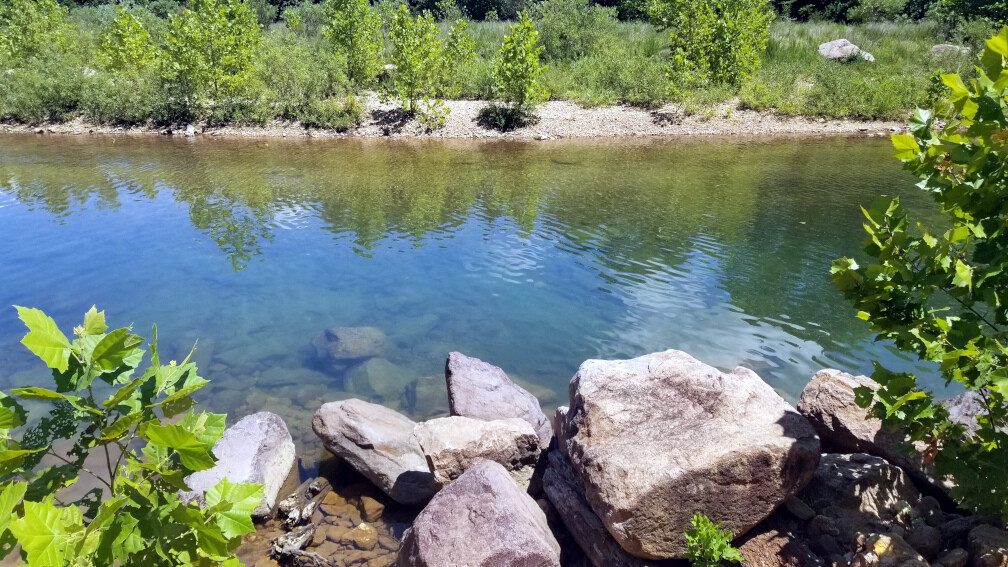 These pools are full of stones of different sizes and the floor is a little slippery due to the slow moving water. The far shore is covered in pebbles. The water is nice for swimming but water shoes or reef socks are a must. Flip flops just doesn't cut it. Ask me how I know.

Some information from the placards along the trail:

Waters of the East Fork of the Black River are "shut-in" by hard, volcanic bedrock.

Look upstream. See how wide the channel is? Over time, water cuts back and forth through this valley eroding soft sedimentary rock.

This hard rhyolite rock does not erode as easily as the surrounding sedimentary rock. Water-borne sand and gravel sandblast the bedrock as they pass, but the rhyolite refuses to relinquish its hold on the river. Unable to wander, the river is "shut-in" to this narrow channel. 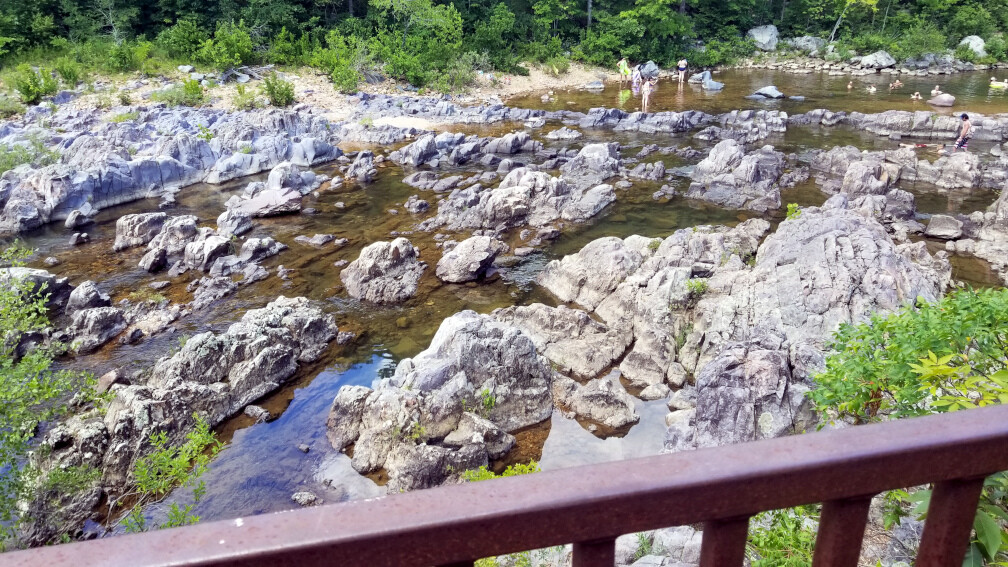 Here is a picture of Gammy sitting amongst striated bedrock. Notice how smooth the sides and edges of the rock. 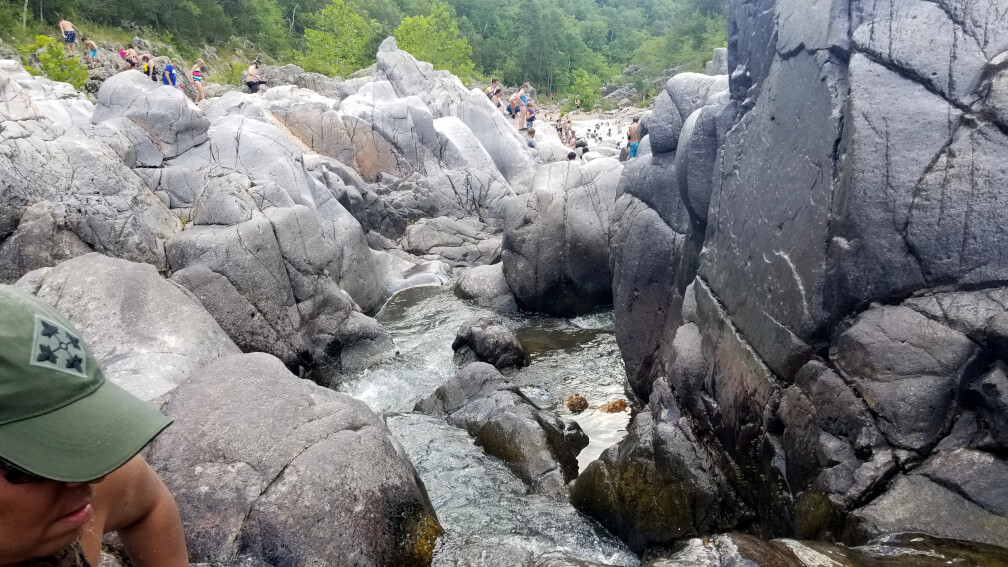 Here's a short video of the main area of the shut-ins. People are swimming and jumping from rocks.

The one down side to this is that you cannot take coolers, food or drinks past the trail head. You can, however, picnic in various places around the parking area.

This trip was a nice diversion for the day but I don't know if it's a place to which I'd return.