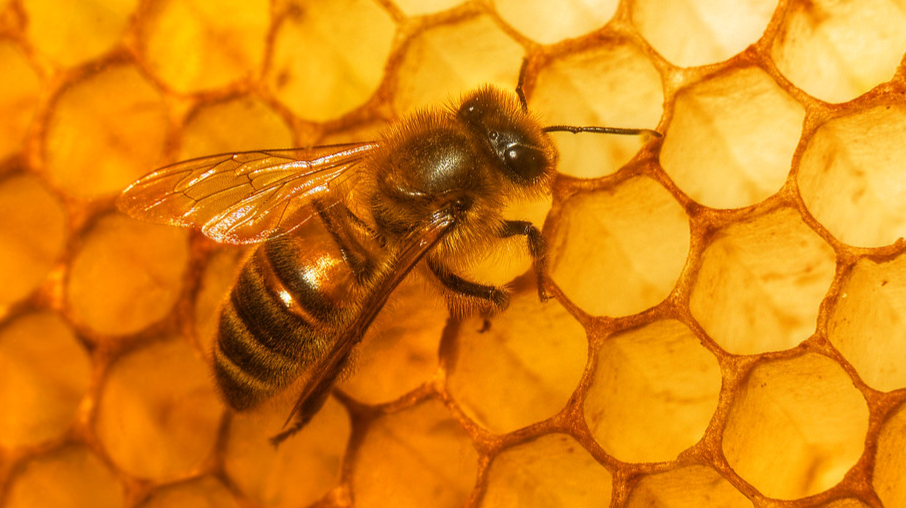 Honey bee problems worldwide may or may not be at least partially due to neonicotinoid-based pesticides. The debate is ongoing. I will not address either side of that in this article.

I had originally planned to write this a day or two after the first article. But life happened.

There are two species of wax moth (waxworm or candle flies) - the greater and the lesser. They are commercially raised and the larvae are used as a food source for humans and animals especially lizards. They are particularly high in fat content. (I cannot attest to how they taste. I have, however tried freeze-dried mealworms. They have kind of a nutty flavor.)

Wax moths are a nuisance but don't necessarily cause the collapse of a colony. They are, however, an indicator of the health of a hive. A strong hive is capable of driving off the female moths who lay their eggs near the hive entrance or small crevices that may allow access to the hive. A healthy hive will also evict any invading larvae that are found.

The larvae burrow through the comb into brood, pollen and honey cells. This kills young bee brood and larvae feces contaminates any honey that they come in contact with.

I have noticed a moth cocoon occasionally in my hives. They are eliminated post haste to help quell population growth.

Wax moths can be distracted from hives. In my research of the moths, I found that one might place banana peels and a small amount of white vinegar in a bottle near the hives. The aroma wafting from this concoction seems to be more enticing to the insects than that of beeswax. They go into the container and cannot get out or drown.

The small hive beetle is the worst pest that I have had to deal with. I lost my last hive to them last spring.

I heard a swarm in the area and went to check on my hive only to find that the swarm I heard was probably mine absconding. This was a top bar hive not the Langstroth that most Americans are used to seeing. A comparison of the two here. The hive had cross comb throughout and was not easy to monitor.

When I did get the hive open and saw the bottom was covered in larvae, I was disgusted and burned everything to destroy the invaders.

SHB are native to sub-Saharan Africa but showed up in Florida in 1996.

SHB adults live in the hive. They are only about .5cm in length so they easily evade housekeeping bees by hiding in crevices or scurrying quickly around a corner. This allows them to continue mating and laying eggs.

SHB larvae cause the same damage that wax moths do but it is compounded due to the amount of beetles living in the hives.

How do they find new hives?

SHB do not wander around looking for new hives to invade. Packaged bees purchased from apiaries generally have beetles in with the bees.

When shaking frames to collect bees to sell, any SHB on the frames also get shaken into the packages. They are so small they cannot be detected in the time frame used to shake frames.

There have also been instances where SHB were detected on high speed video leaving the hive with a swarm. If a hive splits, part of the beetle population goes with the swarm.

There are various beetle traps on the market that have varied success. I think some DIY approaches work just as well:

I've never had to deal with any of these.

Beekeeping is an entertaining hobby that can be developed to bring in extra income. All that is required is an investment of about $300 for hive bodies and a package of bees and a smoker.

I would encourage anyone to look into this. You can raise bees anywhere. I've seen them on the roadside in the country, along the interstate in urban areas and even on rooftops in the city.

Bees will live anywhere you can grow flowering plants.