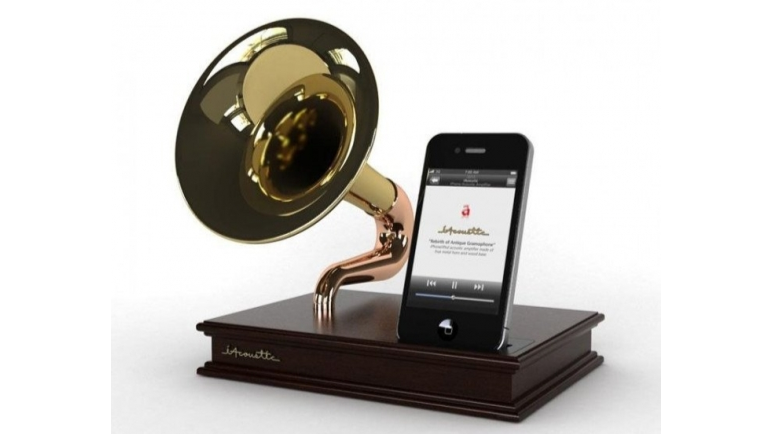 Digital music streaming: the dawn of a new era

When Pandora Radio started its operation in the year 2000 with the purpose of creating a personalized radio station for each user based on the music the user prefers, little would they know that would trigger a literal revolution in mainstream consumption of music. Back then, Steve Job's latest gadget - the iPod - was making strides by putting "one thousand songs in your pocket"; those songs were leveraging the rampant success of MP3 compression which, for the first time, allowed to convert traditional media (Compact Disc) into a truly portable format. For the very first time, there was a practical way to overcome the struggle of carrying and listening to music while going around, walking, training, studying.

Obviously, the concept of a portable music player was not invented in Cupertino, and yet - in typical Apple fashion - their implementation was building on everyone else's good ideas and radically improving the result in several crucial ways. For starters, the iPod had a much bigger storage thanks to its built-in hard drive (while most competitors used solid-state storage which, back then, had a much smaller capacity); most importantly, the iPod was the center of an entire ecosystem designed around the concept of enabling users to organize and play their music. With iTunes, the key functions of converting CDs to digital audio, organizing the entire collection in one single point, and transferring it to the iPod was all in one convenient place.

Among all things, iTunes also had two features: the Music Store, where one could buy new music from the comfort of his home, and iTunes Radio. The former ended up defining a new way for consumers to access music, while the latter was, in the beginning, just a front-end for an externally-run 3rd party platform, the Kerbango Internet Radio tuning service (source: Fast Company); it was not until 2013 that Apple introduced iTunes Radio for streaming without relying on external partners, and two more years had to pass before the launch of Apple Music. Cupertino's music streaming platform was very late to the party and most of this delay was due to Steve Jobs himself who, admittedly, refused to believe that music subscription services would ever work (source: The Verge).

While Apple was figuring that out, music streaming on the Internet had evolved in many significant ways. In the early days, there was ShoutCast, whose website basically was a giant aggregator of thousands of radio stations that suddenly had an easy entry point to the potential of instantly reaching hundreds of millions of users; they were not different from standard broadcast radio, but the organization in genres offered a lot of variety and something for everybody, including small niches. All those stations were just streaming their existing channels without adding dedicated content or leveraging any new feature. Then, new services understood the opportunity and crafted their offer towards the concept of personalization, so that listeners could enjoy the music they liked and customize their stream through their profile and preferences. Pandora and Last.FM were among the first to embrace the new paradigm, which proved to be both very successful with customers and very profitable for business: it didn't take long before all "personal radio" streaming platforms introduced ads between song and ad-free subscription plans.

The turning point of this new generation of services is Spotify, which soft-launched in 2008 on an invitation-only basis and progressively reached general availability with the opening of free registration in the UK (2009) and United States (2011). The freemium model of Spotify is considered to be the template for modern streaming services: a vast library of music and songs that compose playlists and virtual radio stations which are unique per each user, and based on personal preference. A recommendation engine analyzes listeners' feedback and usage patterns to generate an endless stream of music tailored to personal preferences. A free tier service is available with specific limitations: lower encoding quality (up to 160Kbps), advertisement insertion, shuffle-only mode on mobile devices, and no offline listening. Moving to the paid plan, subscribers get a significant encoding quality bump (up to 320Kbps), an ad-free listening experience, offline mode (for downloading songs on mobile devices and listen while no network is available) and the Connect service (which enables streaming to connected devices such as smart speakers and TV apps using mobile devices as a remote control).

This formula proved to be successful and has been since adopted, with small deviations, by every major music streaming service that promptly followed in Spotify's steps. Because of that, the vast majority of music consumption in the world today is done through streaming: besides Spotify there is a choice among big players like Apple Music, Amazon, Tidal and YouTube Music, but also others like Deezer, SoundCloud and BandCamp. In this scenario, smaller services are targeting specific segments of users to differentiate and be competitive. While Spotify, Apple Music, YouTube Music, Amazon and Deezer can be considered generalistic, others cater for smaller niches; for instance, BandCamp is positioning itself as a virtual stage for emerging artists that want to publish their music without having to deal with big record corporations; SoundCloud started as a collaboration tool for musicians to share and discuss ideas, but later transformed into a publishing tool for music distribution (source: Wired).

No matter from what platform, the key difference remains that in the past 20 years streaming has completely transformed the way people listen to music, from a model based on purchase and ownership of physical media (vinyl, cassette tapes and CD) to something much more ephemeral based on subscription and the volatility of here and now. This may reflect some trends that are typical of the new generations, for instance it is well known how millennials see a smaller value in the ownership of goods rather than the possibility of a broader choice, even if that means dealing with intangible products. At the same time, it has somehow made life harder for those who are hanging on to the "old" way of listening to music, with the progressive disappearance of vinyl records (which have become increasingly rare), but also for those who embraced digital music and yet take pride and care maintaining a curated collection.