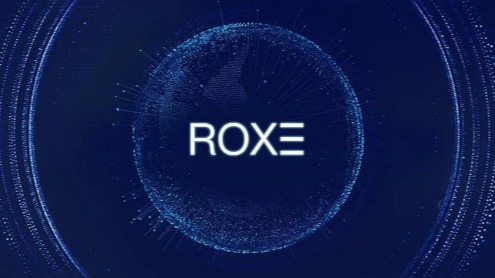 Word is breaking out on crypto news outlets about the $3.6b merger blockchain payment company Roxe Holding with blank check company Goldenstone Acquisition. The merger is grabbing all eyes as it's one of the biggest money drops that's happened in the crypto space given the current market conditions. Generally, cryptocurrency holders are looking at this as a positive move for the space; big institution money is still interested in crypto. But let's take a closer look at who Roxe is, and how their SPAC merge will alter the space.

Just announced yesterday, this merge is expected to reach finalization Q1 2023. Roxe will merge with a wholly owned subsidiary of Goldstone Acquisitions (Nasdaq listed), and the final product will be named Roxe Holding Group, Inc. This new entity will be listed on the Nasdaq under the ticker ROXE. The expectation is that current Roxe stakeholders will rollover 100% of their equity to the new company; rumor has it none of the current Roxe stakeholders plan to sell post-merger. Approval still needs to be voiced from both companies' shareholders, as well as regulators. I wouldn't expect much resistance from any party, although there is an investigative action posted by Law Firm Halper Sadeh LLP to determine whether Goldenstone has acted with the best interest of their shareholders. More on that here...

Goldenstone Acquisition Ltd. held their IPO and went public in the first quarter of this year (March 2022). At current price, shares are very close to their initial offering ($10). They have at least held price through some significant drops in the Nasdaq. All in all, Goldenstone had a very successful IPO which will provide them with the capital they need to make the Roxe merge a success.

Roxe Holdings Inc.  is a blockchain payments company. First of all, I think we can all agree that payments systems, especially across borders, are the original, primary, and most sought-after use case that we have for blockchain technology. It's been agreed on by experts time and time again; after all, the blockchains modus operandi is to store and move value. Roxe has honed in on the payment systems, and taken them to the next level. It's the focus on the future of digital assets management in a realistic and progressive way.

The most surprising thing? Roxe focuses on leveraging blockchain technology without using existing cryptocurrencies. In fact one of their focuses is actually to empower Central Banks in creating and maintaining their own Digital Currencies. Oh no! CBDCs?

Yes, Central Bank Digital Currencies. CBDCs. The thing we hate; the antithesis to decentralization. This is what I found interesting; hype is being built on 4 billion dollar deal happening in the digital asset space, but this acquisition has hardly anything to do with the tokens and coins we've been purchasing on CEXs and swapping on DEXs, so I wouldn't expect your tokens to see a pump. It does bring a solid foundation of faith back to the space though, that blockchain and digital currencies still have a big future. More has yet to be seen on how this will really affect our space.

I, for one, cannot curb my excitement. I have been cautious and weary of anything that follows the word "central bank." However, it's becoming more and more obvious, especially given the last two months, that many networks which flaunt decentralization have confiscated a number of funds that's beginning to rival centralized confiscation.

So BIG SUPRISE!...the answer is still right vs. wrong, not decentralized vs. centralized. We can no longer give any entity credit or trustworthiness simply because they operate on a permisionless ledger. Rather, now that we have the power of decentralized ledgers, we can hopefully point out the good from the bad, whether that be among crypto project protocols, or among various central banks of countries around the world.

"Decentralized finance and blockchain are real, new technologies that can be deployed in both public and private fashion, permissioned or not."

"We believe there are many uses where a blockchain can replace or improve contracts, data ownership and other enhancements."

These are quotes from Jamie Dimon, the original Bitcoin hater. Yes, he's still an assface. But this gives us a glimpse of how current institutions plan to use the blockchain technology; Dimon went on to discuss how they use a blockchain called "Liink" and even use their own "JPM Coin" to facilitate transfers and payments. I did not know this, and this is how I feel- "Damn you've been waiting all this time for institutional money to start buying crypto and they went around and made their own blockchain :("

At the same time, I am impartial to technology's development and am always interested in how it's being implemented.

Before tipping, click this link that takes you to Roxe's CBDC page, and drop a comment letting me know how you feel. If you don't trust the link, take a minute to go to Roxe's webpage and click the "CBDC" tab.